Eckart Woertz is a senior research fellow at CIDOB, the Barcelona Centre for International Affairs and scientific advisor to the Kuwait Chair at Sciences Po in Paris. Formerly he was a visiting fellow at Princeton University, director of economic studies at the Gulf Research Center (GRC) in Dubai and worked for banks in Germany and the United Arab Emirates. He is author of Oil for Food (Oxford University Press 2013), co-editor of The Water-Energy-Food Nexus in the Middle East and North Africa (Routledge 2016) and has published numerous journal articles on development issues in the Middle East. He holds a PhD in economics from Friedrich-Alexander University, Erlangen-Nuremberg. 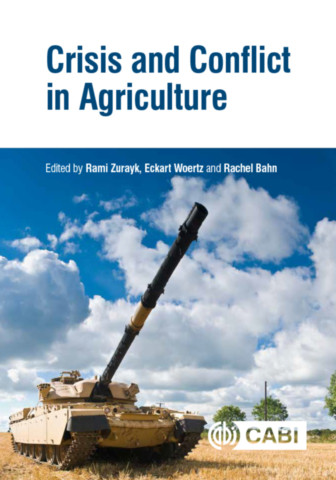 Crisis and Conflict in Agriculture