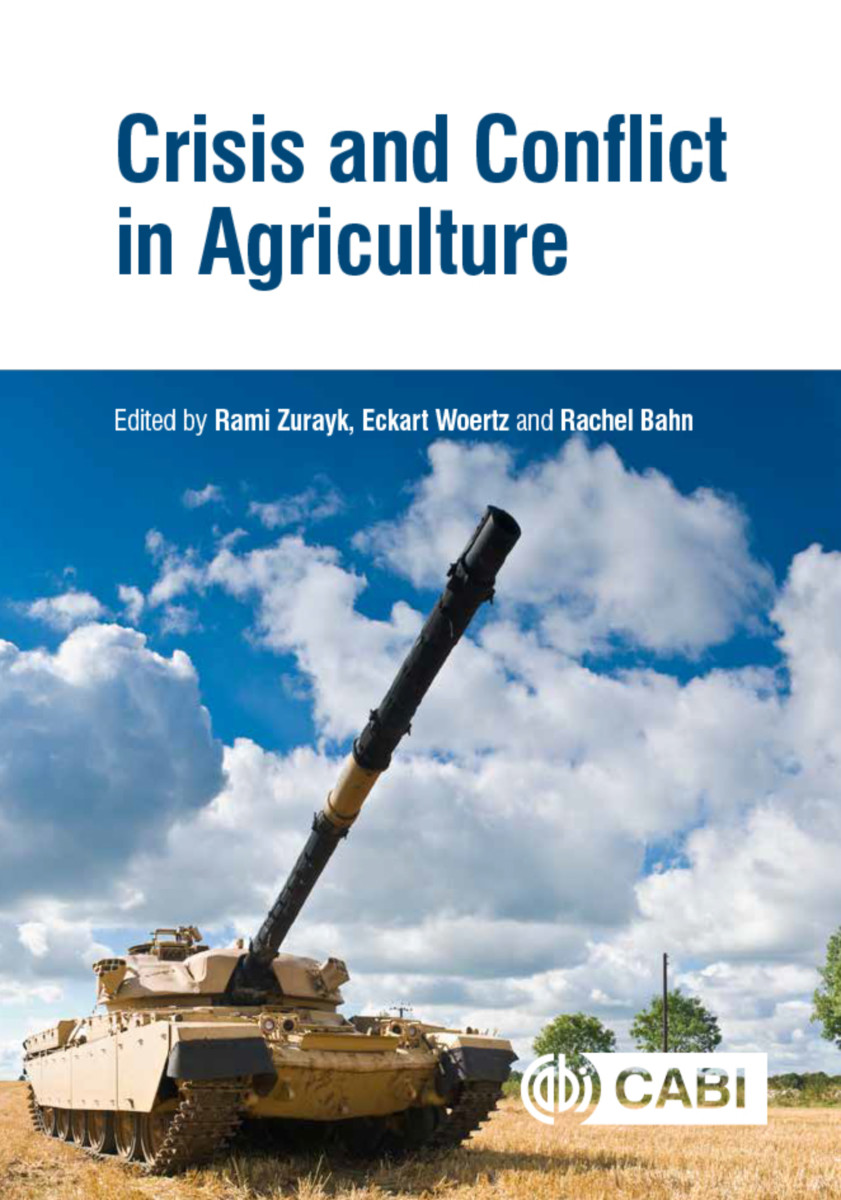 Crisis and Conflict in Agriculture

Exploring the relationship between agriculture and conflicts and crises before, during, and after crisis periods, this book:

Providing detailed knowledge about the interactions of agriculture, conflict and crisis, this book aims to inform future policymaking for reconstruction and to foster resilience in the agricultural sector. An important resource for researchers of agricultural economics, development studies, sustainable agriculture and food security, it is also an illuminating read for students of these disciplines and agricultural extension workers.

Section 1 – Theoretical Exploration of and Methodological Approaches to Agriculture, Crisis, and Conflict
1. Agriculture, Conflict, and the Agrarian Question in the 21st Century
2. Geopolitics, Food, and Agriculture
3. Climate Change and Conflict: Agriculture, Migration, and Institutions
4. Water, Agriculture, and Conflict: Global, National, and Local Analysis of Conflict in MENA, Sub-Saharan Africa, and the United States
5. Illegal Drug Plant Cultivation and Armed Conflicts: Case Studies from Asia and Northern Africa
6. Remote Sensing and GIS-based Technologies for Assessing the Impact of Conflict on Agricultural Production

South and Southeast Asia
14. The Politics of Resources: Conflict and Resistance in Pakistan’s Southern Punjab
15. India: Rural Roots of Naxalite-Maoist Insurgency
16. Agrarian Transition, Adaptation and Contained Conflict in Cambodia and Vietnam since the 1990s

Europe
20. The Role of Land Reform in Rural Development: Productivity or Democracy?

Rami Zurayk is professor and chairperson of the Department of Landscape Design and Ecosystem Management at the Faculty of Agricultural and Food Sciences, American University of Beirut, where he has been on the faculty since 1991. He is on the High Level Panel of Experts for Food Security, a select panel of academics informing global strategic research on the topic of food and nutrition security; and as a member of the Conflicts and Protracted Crisis Working Group of the Civil Society Mechanism of the Committee on Food Security.

Eckart Woertz is a senior research fellow at CIDOB, the Barcelona Centre for International Affairs and scientific advisor to the Kuwait Chair at Sciences Po in Paris. Formerly he was a visiting fellow at Princeton University, director of economic studies at the Gulf Research Center (GRC) in Dubai and worked for banks in Germany and the United Arab Emirates. He is author of Oil for Food (Oxford University Press 2013), co-editor of The Water-Energy-Food Nexus in the Middle East and North Africa (Routledge 2016) and has published numerous journal articles on development issues in the Middle East. He holds a PhD in economics from Friedrich-Alexander University, Erlangen-Nuremberg.

Rachel Bahn is the coordinator of the Food Security Program and an instructor of agribusiness at the American University of Beirut. Previously she was based in Washington, DC where she served as an economist with the United States Department of Treasury and the United States Agency for International Development. She holds degrees from the Johns Hopkins University School of Advanced International Studies (SAIS) and from Saint Joseph's University in Philadelphia, Pennsylvania.