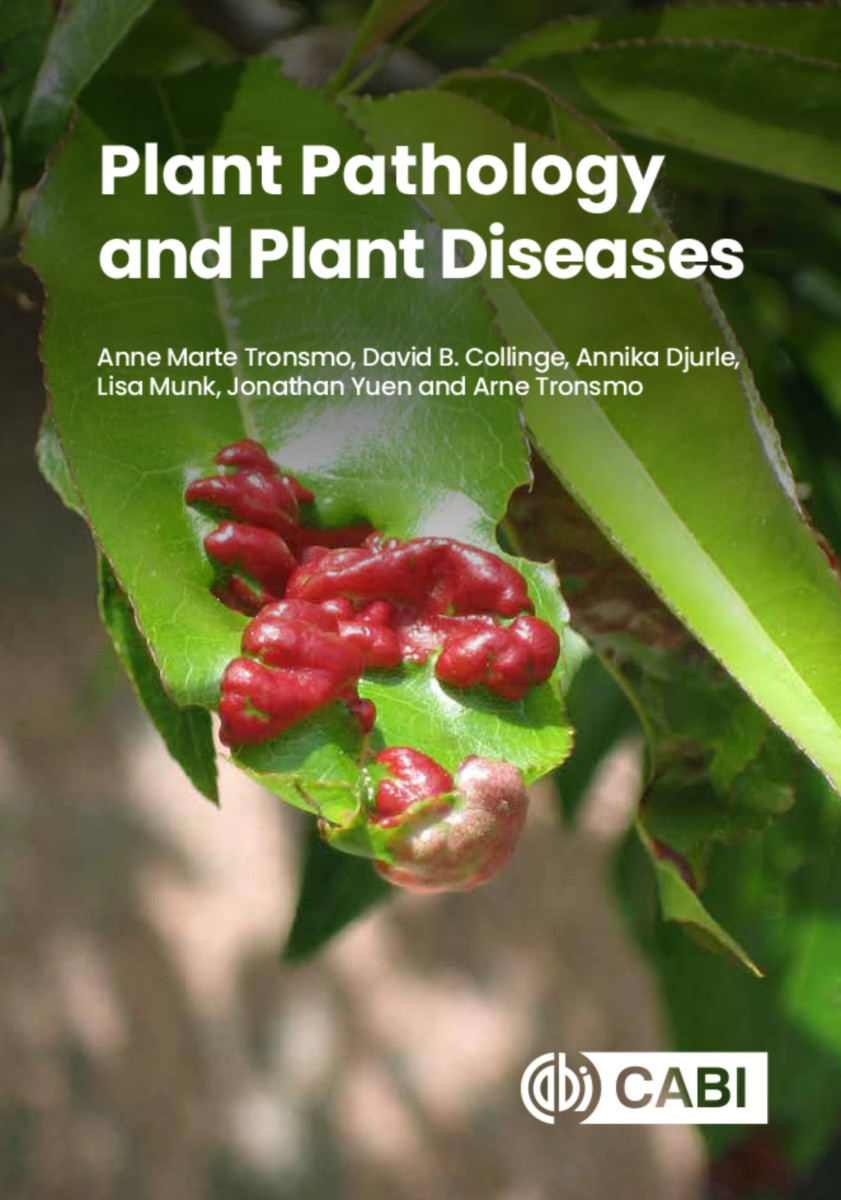 This new textbook provides a comprehensive introduction to all aspect of plant diseases, including pathogens, plant-pathogen interactions, their management, and future perspectives. Plant diseases have limited crop production for as long as humans have engaged in agriculture and horticulture. With climate change, globalization and increasing awareness of the impact of pesticide use on the environment, today there is increased focus on food security as well as the various impacts of productive agriculture.

Written by a group of Nordic professors and teachers of plant pathology who have collaborated together for many years, the book gives expert and seamless coverage. Their approach to plant pathology is to describe the nature of the problem, the mechanisms behind it, the kinds of organisms which cause disease, the fundamental biology of plant-microbe interactions and the approaches used to control and manage disease.

The book is relevant for a worldwide audience, but offers a North European perspective in its selection of examples of plant disease.

Lisa Munk is Associate professor emerita, PhD, in plant pathology at University of Copenhagen, Denmark. She has been teaching plant pathology at bachelor, master and PhD level for 35 years, and has supervised more than 130 MSc- and other undergraduate assignments and 11 PhD studies. Her main research area has been host resistance and other strategies for managing fungal diseases in agricultural crops. She has been Department Head (1991-2004), President for European Foundation for Plant Pathology (2004-2006) and is currently (2016- ) President of the Danish Society for Plant Diseases and Pests.

Annika Djurle had her undergraduate and PhD education at the Swedish University of Agricultural Sciences, where she worked as a senior lecturer in plant pathology. She has organized courses in plant pathology and been teaching in plant pathology courses, as well as crop production, and ecology courses since the 1980s at basic, advanced, and PhD levels. For several years she served as Director of studies. Her main research area has been plant disease epidemiology in agricultural crops, in a Swedish, European and International perspective. The transformation of scientific information to practical applications has been a recurring theme in her work.

Arne Tronsmo received his undergraduate degrees from the Universities of Bergen and Tromso, followed by PhD in Agriculture from the Norwegian University of Life Science, (NMBU). He is professor emeritus in Applied Microbiology at NMBU. He has been teaching microbiology and mycology from bachelor to PhD level for 42 years. His main research area has been biological control of plant diseases with antagonistic microorganisms or natural products (Biopesticides). He has been president of the Norwegian society for Microbiology and active in teaching administration at the University. He has supervised 15 PhD students, and published more than 50 scientific and 90 applied papers in addition to a textbook in Microbiology.

Jonathan Yuen received his undergraduate degree from the University of Chicago, and a PhD from Cornell University. He has held positions at the Asian Vegetable Research and Development Center in Taiwan, the University of Hawaii, and Uppsala University, before joining the Swedish University of Agricultural Sciences, first working in the extension services, but subsequently as Professor in Plant Pathology, with a specialization in epidemiology. His research interests cover areas from human disease epidemiology to the factors affecting plant disease management decisions. A recurring theme has been the role of plant diseases with respect to food security in both developed and developing countries. He has served as the Chairman of the epidemiology committee of the ISPP and has had editor positions with the journal Phytopathology. He is currently on the editorial board of CABI Agriculture and Biosciences. While he has retired from the Swedish University of Agricultlural Sciences, he serves on the Panel on Plant Health at the European Food Safety Authority.

David B. Collinge was educated at the universities of Liverpool and Newcastle Upon Tyne. He has been Associate Prof since 1987 and, since 2002 Professor of Plant Pathology at Copenhagen University where he teaches several plant pathology, microbiology and genetics courses from BSc to PhD level. His research areas include defense mechanisms in plants, biological control, plant biotechnology and more recently endophytes. He is currently in the presidency of the British Society of Plant Pathology, has supervised over 30 PhD students and published over 100 scientific papers and book contributions. He is associate editor for the journals Plant Pathology and European Journal of Plant Pathology.