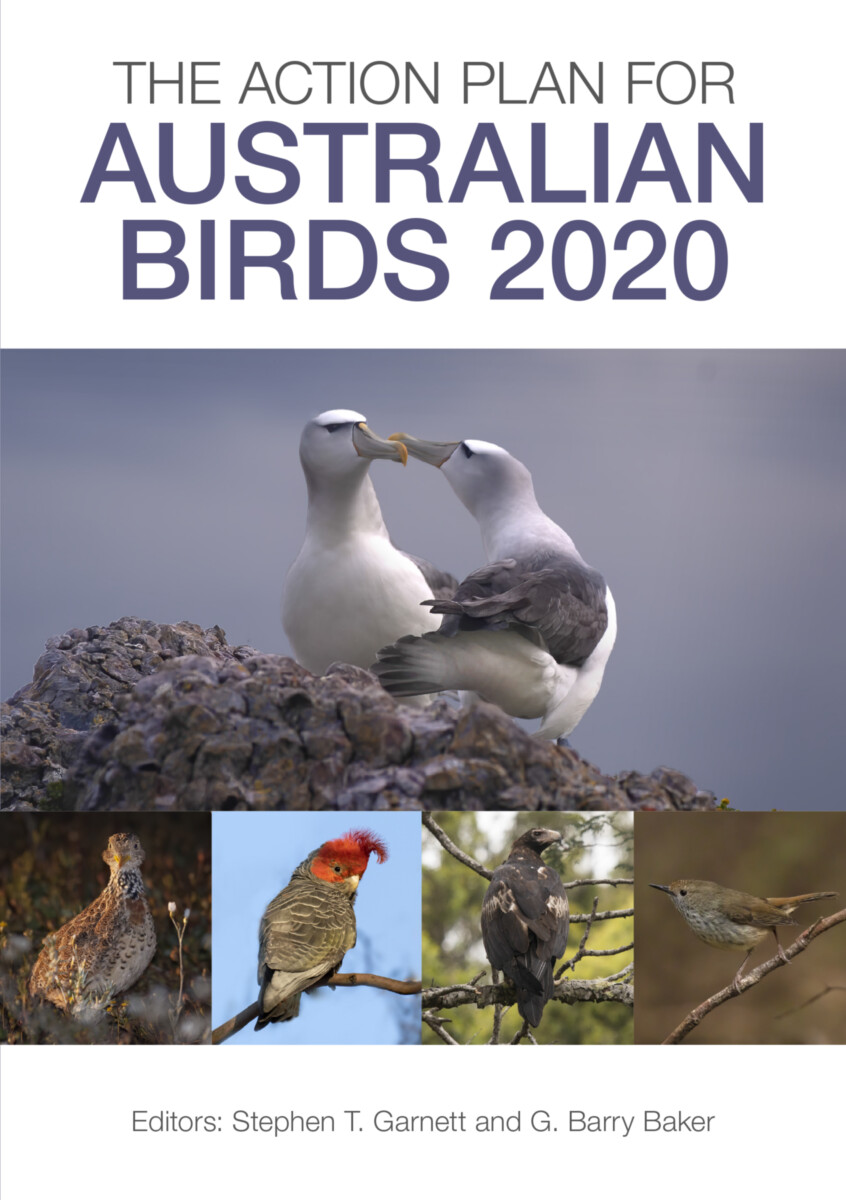 The Action Plan for Australian Birds 2020 is the most comprehensive review of the status of Australia's avifauna ever attempted. The latest in a series of action plans for Australian birds that have been produced every decade since 1992, it is also the largest. The accounts in this plan have been authored by more than 300 of the most knowledgeable bird experts in the country, and feature far more detail than any of the earlier plans. This volume also includes accounts of over 60 taxa that are no longer considered threatened, mainly thanks to sustained conservation action over many decades.

This extensive book covers key themes that have emerged in the last decade, including the increasing impact of climate change as a threatening process, most obviously in Queensland's tropical rainforests where many birds are being pushed up the mountains. However, the effects are also indirect, as happened in the catastrophic fires of 2019/20. Many of the newly listed birds are subspecies confined to Kangaroo Island, where fire destroyed over half the population. But there are good news stories too, especially on islands where there have been spectacular successes with predator control. Such uplifting results demonstrate that when action plans are followed by action on the ground, threatened species can indeed be recovered and threats alleviated.

G. Barry Baker has been interested in the study of birds and other wildlife since he was a teenager in the 1960s. Employed for many years with the Australian Government, he worked on a range of national park and wildlife issues until establishing an environmental consulting practice in 2003. His work both with government and multilateral environmental agreements over the last 25 years has focused on wildlife management and conservation biology of threatened birds, particularly the management of bycatch in commercial fisheries and including the development and testing of technical bycatch mitigation measures. He has held a number of international appointments including that of Conference-Appointed Scientific Councillor for Bycatch to the Convention on Migratory Species (2003–present), chair of the Seabird Bycatch Working Group of the Agreement for the Conservation of Albatross and Petrels (2006–2013), as well as chair of a number of BirdLife Australia committees including the Research and Conservation Committee, National Monitoring Committee, and Key Biodiversity Area Committee. Barry has more than 80 peer-reviewed publications and many reports dealing with various aspects of wildlife management and conservation of threatened birds and mammals.