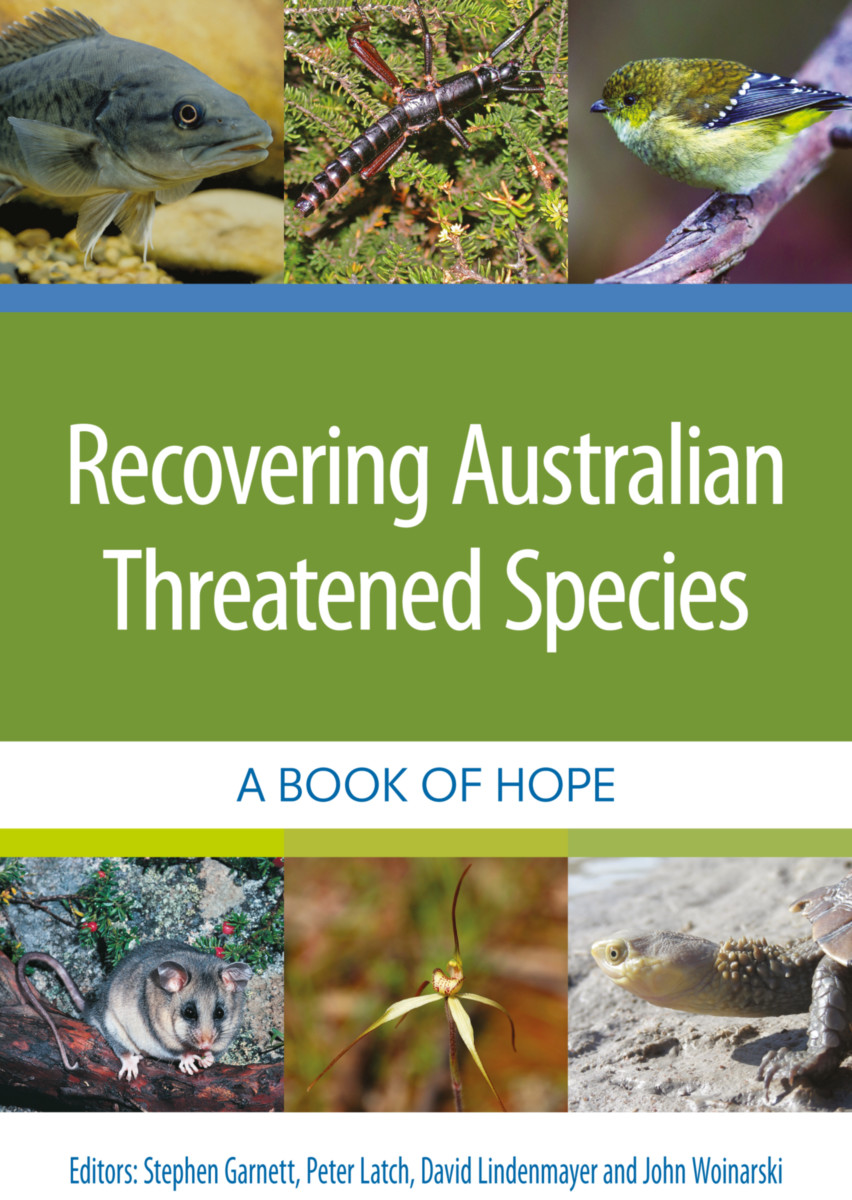 A Book of Hope

Australia’s nature is exceptional, wonderful and important. But much has been lost, and the ongoing existence of many species now hangs by a thread. Against a relentless tide of threats to our biodiversity, many Australians, and government and non-government agencies, have devoted themselves to the challenge of conserving and recovering plant and animal species that now need our help to survive. This dedication has been rewarded with some outstanding and inspiring successes: of extinctions averted, of populations increasing, of communities actively involved in recovery efforts.

Recovering Australian Threatened Species showcases successful conservation stories and identifies approaches and implementation methods that have been most effective in recovering threatened species. These diverse accounts – dealing with threatened plants, invertebrates, fish, reptiles, birds and mammals – show that the conservation of threatened species is achievable: that it can be done and should be done. They collectively serve to inform, guide and inspire other conservation efforts. This is a book of hope and inspiration, showing that with dedication, knowledge and support, we can retain and restore our marvelous natural heritage, and gift to our descendants a world that is as diverse, healthy and beautiful as that which we have inherited.

Professor David B. Lindenmayer AO has worked as a researcher on Australian farms for more than 23 years. He has a particular interest in improving environmental conditions on farm properties, including protecting remnant native vegetation as well as restoring and replanting it. He specializes in establishing and maintaining ecological large-scale, long-term research and monitoring programs on farms. He has co-authored a number of other books, including Natural Asset Farming and Restoring Farm Woodlands for Wildlife.

John Woinarski is based at Charles Darwin University and is a Deputy Director of the Threatened Species Recovery Hub of the National Environmental Science Program. He has extensive experience in threatened species research, management and policy in Australia. He has published widely on biodiversity (including threatened reptiles) of northern Australia and Christmas Island and on the impacts and management of fire, pastoralism and feral cats.