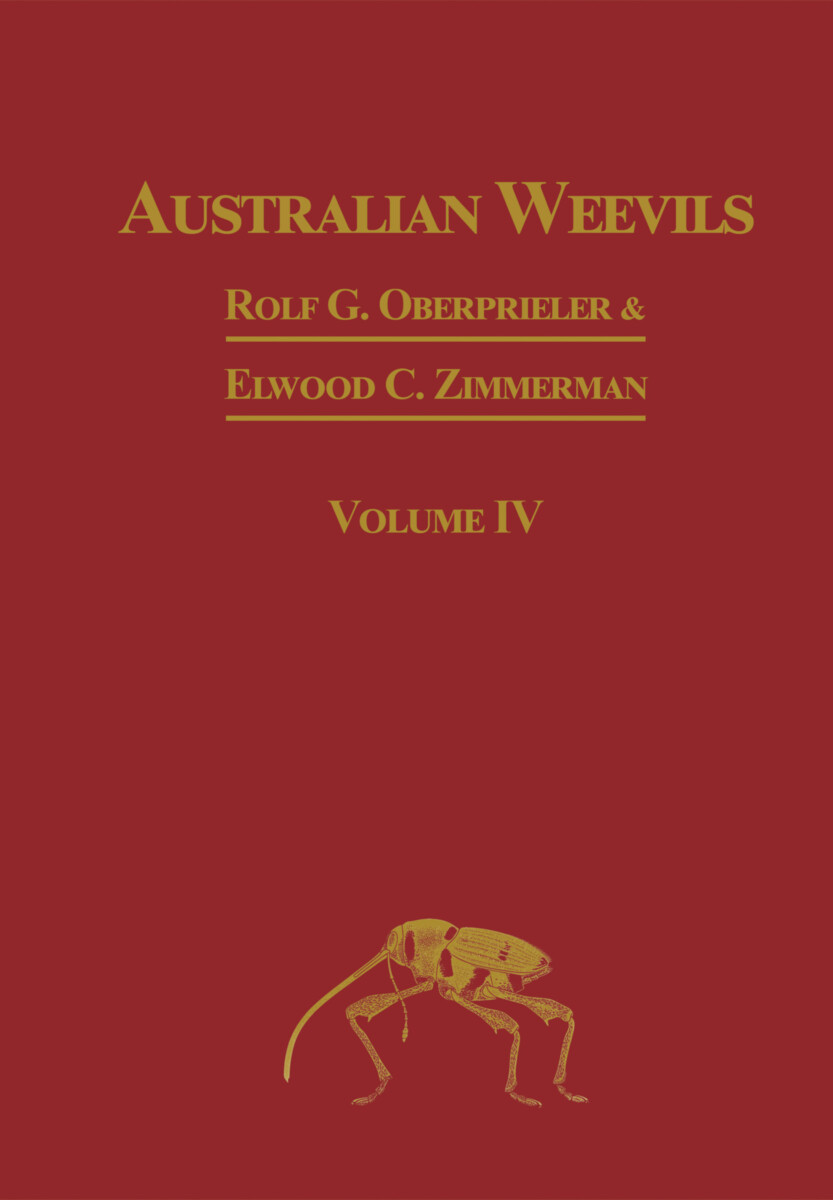 Australian Weevils: Volume IV covers the 11 smaller tribes of the weevil subfamily Entiminae (broad-nosed weevils), which comprises more than 100 genera and 700 described species in Australia. Around half of this fauna is covered in Volume IV, featuring keys to all the tribes, genera and described species as well as updated concepts and diagnoses of the tribes and summarizing accounts of the taxonomy, nomenclature, distribution and known hostplants of all the genera and species.

All the introduced species of Entiminae in Australia, most of which are regarded as agricultural or horticultural pests, are included, as are descriptions of 12 new genera and eight new species and identifications of about another 240 undescribed species. The book also includes an overview of the salient characters of the Entiminae, illustrated on 18 color plates of diagnostic features needed for identifying these weevils, alongside a further 180 color plates illustrating the habitus and genitalia of all the genera and of several other species and their diagnostic characters. The volume further includes an obituary and full publication list of the late Elwood C. Zimmerman as well as an updated list of recent literature on the Australian Entiminae and other weevils.

The book is an essential reference work for researchers and students working with entimine weevils both in Australia and abroad.