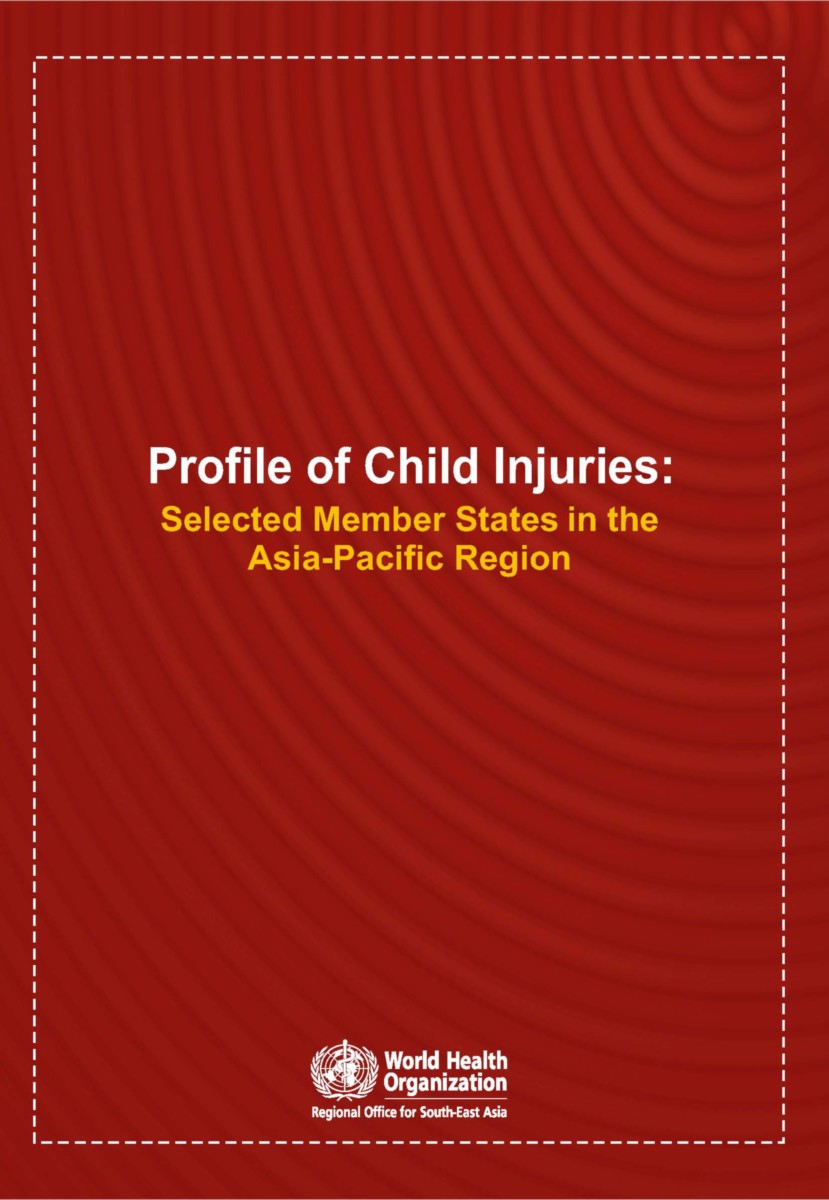 Injury is a major cause of child and adolescent death and disability throughout the world. More than a million children aged 14 years and under die each year from unintentional injuries. Ninety eight per cent of these deaths occur in low-income countries, where injury is inexorably closing its gap with disease to be the leading cause of death among children.

The South-East Asia and Western Pacific regions of the World Health Organization together share almost 55% of the global burden of injury mortality among children and young people under the age of 20 years. Interestingly, low- and middle-income countries in the South-East Asia Region alone bear more than a third of this burden. The major causes of injury among children in the Region are drowning, transport accidents, burns, falls, poisoning and intentional injuries.

The main objective of this document is to highlight the epidemiological aspect of childhood injuries in the WHO Member States of the Asia-Pacific Region. Though only six Member States of both regions provided information for this report, this document nevertheless gives us for the first time a detailed epidemiological profile of child injuries in the Asia-Pacific Region.