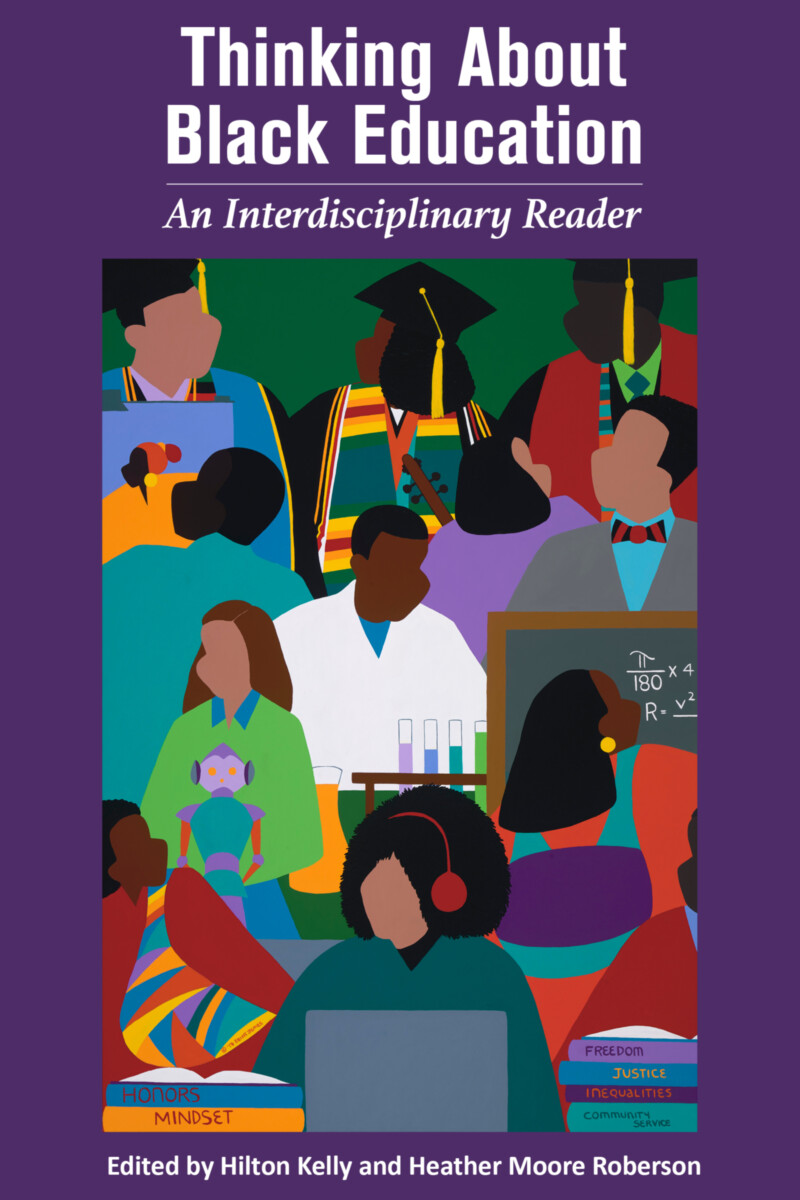 In this pioneering interdisciplinary reader, Hilton Kelly and Heather Moore Roberson have curated essential readings for thinking about black education from slavery to the present day.

The reading selections are timeless, with both historical and contemporary readings from educational anthropology, history, legal studies, literary studies, and sociology to document the foundations and development of Black education in the United States. In addition, the authors highlight scholarship offering historical, conceptual, and pedagogical gems that shine a light on Black people’s enduring pursuit of liberatory education. This book is an invitation to a broad audience, from people with no previous knowledge to scholars in the field, to think critically about Black education and to inspire others to uncover the agency, dreams, struggles, aspirations, and liberation of Black people across generations.

Thinking About Black Education: An Interdisciplinary Reader will address essential readings in African-Americans’ education. The text is inspired by the editors’ diverse backgrounds in interdisciplinary scholarship and professional communities. Necessary after 400 years of struggle for people of African-American descent to become fully-educated citizens with all the rights and privilege that true freedom brings, it can serve as a cornerstone during this quadricentennial moment by showcasing canonical, cutting-edge, and essential scholarship that people of African descent have produced in the United States.

The collection includes many of the great foundational thinkers and writers of the last 100 years. Selections include work from:

Thinking About Black Education is an essential text for a variety of Black Studies courses, but it should also appeal to a broader audience of students and scholars interested in racial equity and social justice across the disciplines.

Introduction: Out From the Gloomy Past

Selection 3: Spreading the Word: The Cultural Work of the Black Press – Elizabeth McHenry

Introduction: A (Black) Nation at Risk?

Selection 9: Reexamining Resistance as Oppositional Behavior: The Nation of Islam and the Creation of a Black Achievement Ideology – A. A. Akom

Selection 10: The Canary in the Mine: The Achievement Gap Between Black and White Students – Mano Singham

Selection 11: Toward a Theory of Culturally Relevant Pedagogy – Gloria Ladson-Billings

Selection 12: Teaching to Transgress: Education as the Practice of Freedom – bell hooks

NOTE: Information subject to change up until publication date.

In 2022, Hilton Kelly became the Dean of the College of Liberal Arts and Education at the University of Wisconsin-Platteville. For most of his career, Kelly has been a Professor of Educational Studies and Africana Studies, and Chair of the Educational Studies Department at Davidson College. He received his B.A. in history from the University of North Carolina at Charlotte and both his M.S. in labor studies and Ph.D. in sociology from the University of Massachusetts at Amherst. His research and teaching interests include sociology of education, critical race theory, the Age of Jim Crow, the lives, work, and careers of African-American educators, and social memory studies. In 2010, he published Race, Remembering, and Jim Crow’s Teachers in the Routledge Studies in African-American History and Culture Series. His articles have appeared in Urban Education, Educational Studies, The Urban Review, The Journal of Negro Education, The American Sociologist, and Vitae Scholasticae: The Journal of Educational Biography. In 2018, he served as the President of the American Educational Studies Association.

Heather Moore Roberson, Ph.D. is an Associate Professor of Community & Justice Studies and Black Studies at Allegheny College. She received her B.A. in Educational Studies and American Studies from Trinity College and her M.A. and Ph.D. in American Studies from Purdue University. Moore Roberson conducts research in the fields of critical race theory, boyhood studies, and justice learning. She has published several book chapters and select articles in various interdisciplinary journals like Radical Teacher and Professing Education.