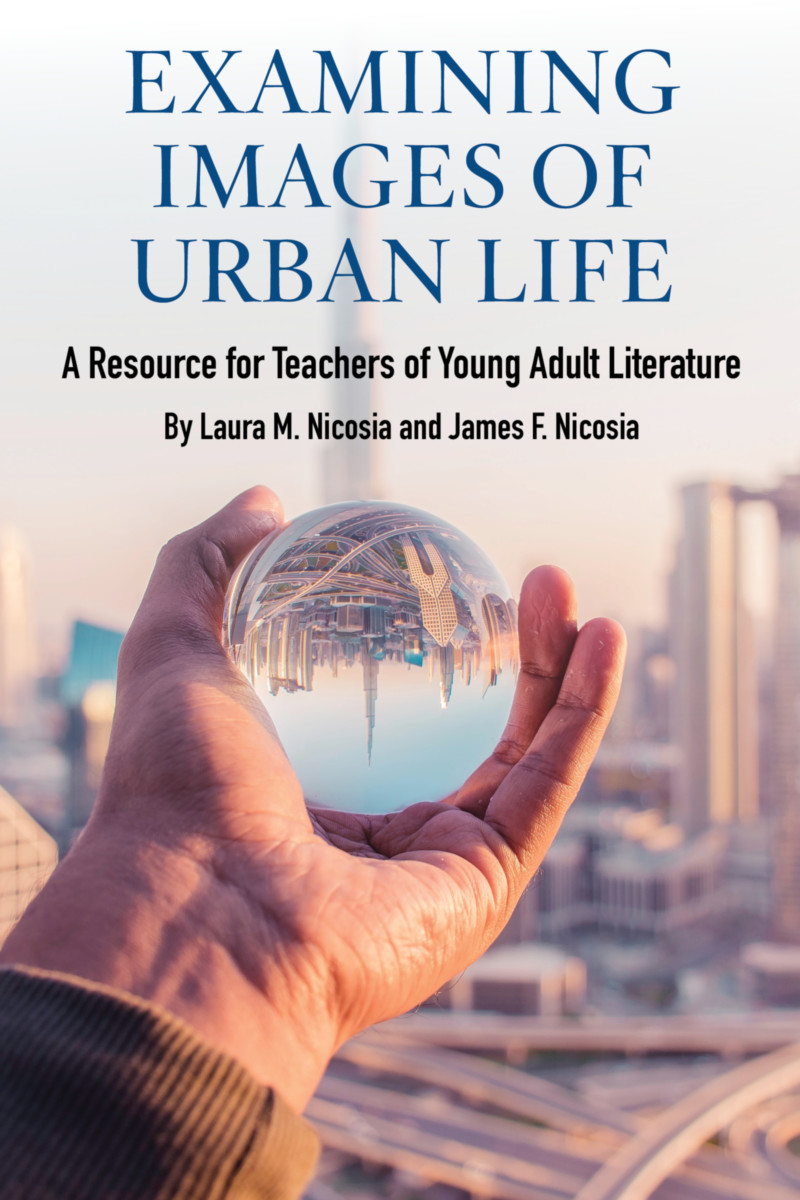 A Resource for Teachers of Young Adult Literature

There are novels that portray cities as magical places, others as stifling, imposing environments, and others still as a gritty but beautiful, living landscape. Cities can be the center of culture, business, the arts, and are the meeting places for diversities of all kinds. Examining Images of Urban Life gathers contributions from scholars, educators, and young adult authors, like Benjamin Alire Saenz and e.E. Charlton-Trujillo, who consider how living in a city affects character identity and growth, and the ways authors world-build the urban setting. The collection discusses what the urban landscape means, and dispels the media-driven, anecdotally propagated preconceptions about city living.

Urban life is varied and rich, just as its literature is. The collection revolves around a reconsideration of what the city represents, to its readers and to its inhabitants, and serves as a resource in urban settings, wherein teachers can select books that mirror and advocate for the students sitting in their classes.

“From Baltimore to New Orleans, from El Paso to LA, Examining Images of Urban Life: A Resource for Teachers of Young Adult Literature analyzes young adult stories from “uptown midtown, downtown, up the hill, down the hill, along the river,” and various urban ethnic enclaves. This book disputes formulaic portrayals of urban youth, balancing as the editors explain, “the gritty with the edifying.” The Drs. Nicosia have assembled an all-star cast of authors and scholars to reconsider the stereotypical portrayal of the so-called “urban core,” thoroughly analyzing urban characters, conflict, and context in young adult literature. A must- have for every middle and high school English language arts teacher.”

Dr. James Blasingame, Professor of Young Adult Literature, Arizona State University; Executive Director of the Assembly on Literature for Adolescents of the National Council of Teachers of English

“This terrific and timely collection gives cities their due—not as dark and “gritty” places but as challenging, rich, exciting environments in which people can grow and thrive. While affirming the urban, the book also cautions against the dismissal of suburban and rural life; the general takeaway is that human communities are complex and should be respected. I love the mix of creative and critical voices. Anyone working with young people and YA literature will find this book moving as well as instructive.”

“Beginning with the introduction, it is clear that Laura and James have pulled together a collection of chapters that celebrate the modern city as presented in Young Adult Literature. The various authors not only examine complex presentations of images within urban settings; they reveal how adolescents find themselves and a community among the teeming streets they inhabit. For those of us who teach in diverse schools and universities in large cities this volume is an essential addition to our reference materials.”

Dr. Steven T. Bickmore, Associate Professor of English Education, University of Nevada, Las Vegas, Past President of the Assembly on Literature for Adolescents of NCTE

“Gatsby, Gossip Girls, gentrification, genre. These are just a few of the focal points through which young adult literature is viewed in this remarkable collection of essays about the images of urban life in contemporary and classic literature. This is not simply an examination of setting. It is, instead, the difference Richard Peck points out when he includes, “Why is the story set where it is?” in his questions to ask about a YA novel. Thinking about the purpose of the where and the when of setting provides the need for a more critical eye in literary analysis. Nicosia and Nicosia gather voices from academia to explore not only important titles by Older and Reynolds, Williams-Garcia, and others but to suggest questions to extend beyond the text.”

“Examining Images in Urban Life: A Resource for Teachers of Young Adult Literature features important voices on young adult literature in urban settings. Essays from award-winning YA authors like Benjamin Alire Saenz enhance critical perspectives from scholars of contemporary reads found on today’s bestseller lists. This is a valuable addition to current conversations about the most popular category of fiction, and will be of particular interest to those teaching children’s and young adult literature courses in colleges and universities, as well as those training preservice high school English teachers.”

Dr. Ebony Elizabeth Thomas, Associate Professor, University of Pennsylvania and author of The Dark Fantastic: Race and the Imagination from Harry Potter to The Hunger Games

“Laura and James Nicosia offer a necessary and compelling resource to educators with their latest collection Examining Images of Urban Life: A Resource for Teachers of Young Adult Literature. Recognizing a need in classrooms to move beyond so-called canonical classics that simply cannot offer contemporary youth an abundant cache of literature that acknowledges racial and cultural diversity; differential gender orientations; recent sites of conflict and complexity; let alone the recent “abundance of sociological, psychological, political, educational, and reference” texts that acknowledge the complexity of life in urban settings; the Nicosias’ collection broadens the current scope of the city as a site of consideration for educators and young adults alike. The contributors offer a panoply of discussions from a myriad manner of perspectives. Award-winning authors such as Benjamin Alire Sáenz are couched between eighth-grade instructors such as Katie Slutier and Cambridge University faculty like Karen Coats providing one of the greatest strengths in the anthology: the differentiated perceptions and overlapping discourse communities found between two covers. This volume will greatly inform and expand the instructor’s base of scholarship and perspective on known YA/ChL work while easily offering them brave new works and perspectives of the city, its inhabitants, and the possibilities contained within.”

Chapter One:
An Author’s Perspective: Finding Your Place in the Landscape
e.E. Charlton-Trujillo

Chapter Five:
An Author’s Perspective: Where I Can Plant the Seeds
Benjamin Alire Sáenz

Chapter Six:
“Somewhere away from the Lights of the City”: Unsettling the Normative Frameworks of Urban Space in Queer Young Adult Literature
Angel Daniel Matos

Chapter Eight:
The Poetic City: The Importance of the City Setting in The Poet X
Katie Sluiter

Chapter Eleven:
The Sensual City: Jason Reynolds’s When I Was the Greatest and The Boy in the Black Suit
James F. Nicosia and Laura M. Nicosia


Note: Table of Contents subject to change up until book is published.

Dr. Jim Nicosia is a writer, scholar and children's literacy advocate. He teaches American literature, Grammars of English and Young Adult Literature at Montclair State University in New Jersey. He is the author of Reading Mark Strand, runs the BoyBookoftheMonth.com website for reluctant readers and regularly speaks to teachers and young readers about invigorating their reading lives. He is the co-editor of Critical Insights: John Steinbeck’s The Pearl and the 2-volume set, Notable American Women Writers.