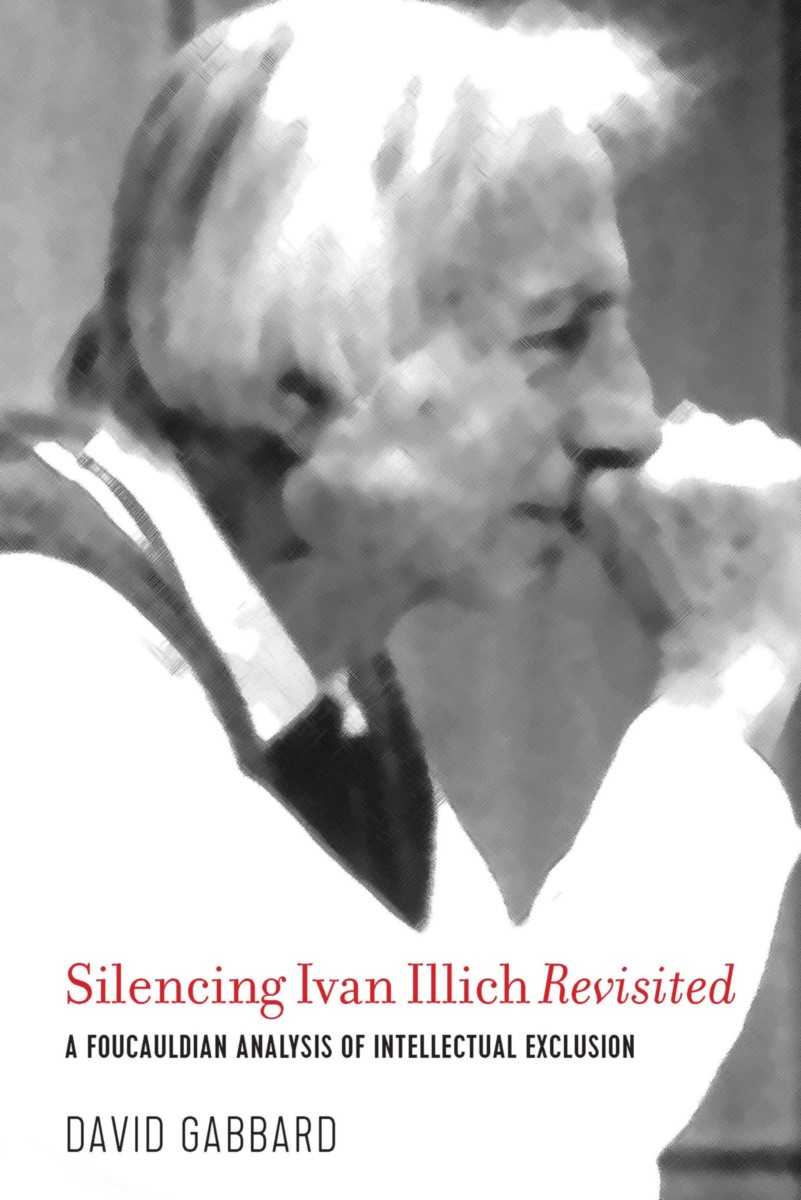 A Foucauldian Analysis of Intellectual Exclusion

Originally published in 1993, Silencing Ivan Illich fell out of print when the original publisher went out of business in 1995. The author, David Gabbard, states that the book was pivotal in the evolution of his understanding of schools. Delving into Foucault's work to forge a methodology, he wanted to understand the discursive (symbolic) forces and relations of power and knowledge responsible for the marginalization of Ivan Illich from educational discourse. In short, Illich was “silenced” for having committed the heretical act of denying the benevolence of state-enforced, compulsory schooling. In Silencing Ivan Illich Revisited, Gabbard revisits the text as a means of opening the question of what schools should be. Inspired by Slavoj Žižek's call for a Positive Universal Project, the book provides an alternative vision of what our species ought to be doing in the name of collective learning.

"David Gabbard’s lesson in this timeless book on Ivan Illich is that any conversation about schooling and society, especially now in our era of 'post-truth,' is both an examination of the idea of schooling itself, and, perhaps more importantly, a look into how ideas themselves circulate through systems of power."

"Silencing Ivan Illich Revisited exhumes the discursive corpus of Ivan Illich and performs a unique pedagogical autopsy that begs the question of why Illich’s work has not been given the same archival place as other reformation/revolutionary discourses. Gabbard delivers an Illichian critique of education and schools qua objects bound to the edificial and ideological presuppositions of the state reminiscent of Althusser. Why has Illich been so overlooked or neglected in the critical discourses of education? Gabbard explores and critiques the messianic ideology and opportunism that lead educational academics to form de facto dogmatic allegiances that reduced the discourse to a singular trajectory (i.e., messianic) in educational reform. Here is a timely provocation to abandon the 'singular' for a more illuminated contemplation of an educational black hole whereby we view the event horizon and the contemplation of a 'singularity' that is the possible deschooling qua education. To question education beyond the confinement of state compulsory schooling seems to have ex-communicated Illich. However, as Gabbard returns to this underlying theme of the messianic, Illich could not be ex-communicated from something that he had no membership with in the first place. In short, Silencing Ivan Illich Revisited provokes us to think about Illich in a way that we cannot ignore when it comes to the current educational ideologies that have been exclusionary to those discourses that propose a differing, even antagonistic, realm of conceptualizing schooling, school reform, and the very notion of education as a didactic human endeavor in an increasingly globalized world."

Chapter 1: To Explain an Exclusion

Chapter 3: To Deny the Pastoral

Chapter 6: The Archive and Other Transgressions

A first-generation college student, David Gabbard completed his doctorate in educational foundations at the University of Cincinnati after serving four years in the U.S. Army. After spending more than 25 years critiquing compulsory schools and contemporary school reform measures, Gabbard is currently inspired by Slavoj Žižek's call for a Positive Universal Project, which he views as an alternative vision of what our species ought to be doing – in place of compulsory schooling – with its capacities for collective learning.