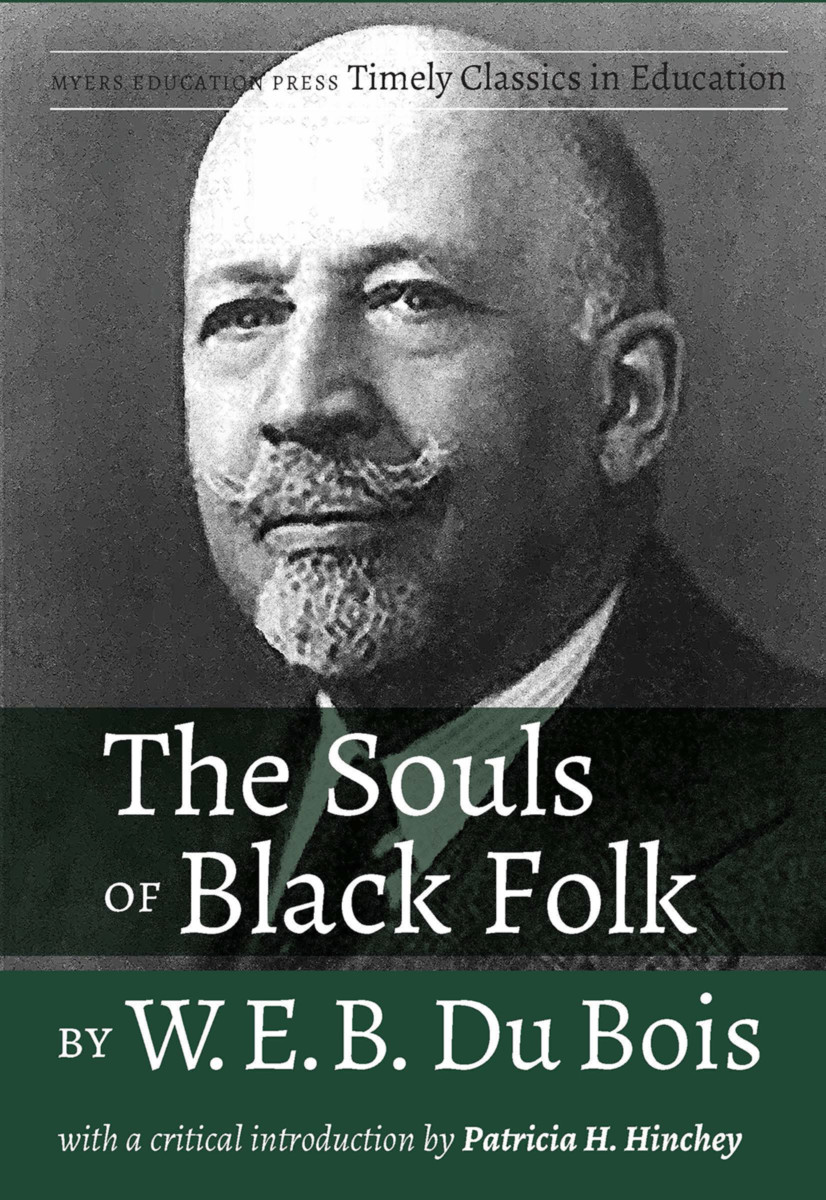 Myers Education Press’s Timely Classics in Education series offers readers the opportunity to return to the original works of giants whose influence on education has persisted through the years. Critical introductions to each work offer information on the context of the original work as well as insights into current relevance. For readers unfamiliar with each text, the introductions provide entrée to the work; for experienced readers, the series offers an opportunity to return to original works untainted by the distortions of decades of interpretation.

The Souls of Black Folk by W.E.B. Du Bois

With a Critical Introduction by Patricia H. Hinchey

W. E. B. Du Bois’s seminal work, The Souls of Black Folk, not only captures the experience of African Americans in the years following the Civil War but also speaks to contemporary conditions. At a time when American public schools are increasingly re-segregating, are increasingly underfunded, and are perhaps nearly as separate and unequal as they were in earlier decades, this classic can help readers grasp links between a slavery past and a dismal present for too many young people of color. Disagreeing with Booker T. Washington, Du Bois analyzes the restrictiveness of education as a simple tool to prepare for work in pursuit of wealth (a trend still very much alive and well, especially in schools serving economically disadvantaged students). He also, however, demonstrates the challenges racism presents to individuals who embrace education as a tool for liberation. Du Bois’s accounts of how racism affected specific individuals allow readers to see philosophical issues in human terms. It can also help them think deeply about what kind of moral, social, educational and economic changes are necessary to provide all of America’s young people the equal opportunity promised to them inside and outside of schools.

THE SOULS OF BLACK FOLK

The Forethought
i. Of Our Spiritual Strivings
ii. Of the Dawn of Freedom
iii. Of Mr. Booker T. Washington and Others
iv. Of the Meaning of Progress
v. Of the Wings of Atalanta
vi. Of the Training of Black Men
vii. Of the Black Belt
viii. Of the Quest of the Golden Fleece
ix. Of the Sons of Master and Man
x. Of the Faith of the Fathers
xi. Of the Passing of the First-Born
xii. Of Alexander Crummell
xiii. Of the Coming of John
xiv. The Sorrow Songs

Patricia H. Hinchey is Professor Emerita of Education at Penn State, where she taught a wide variety of undergraduate and graduate courses and frequently conducted professional development workshops for both K-12 and higher education educators. She is also a Fellow with the National Education Policy Center at the University of Colorado, Boulder. She is author or co-author of six texts, editor or co-editor of several more, and she has also published numerous journal articles.