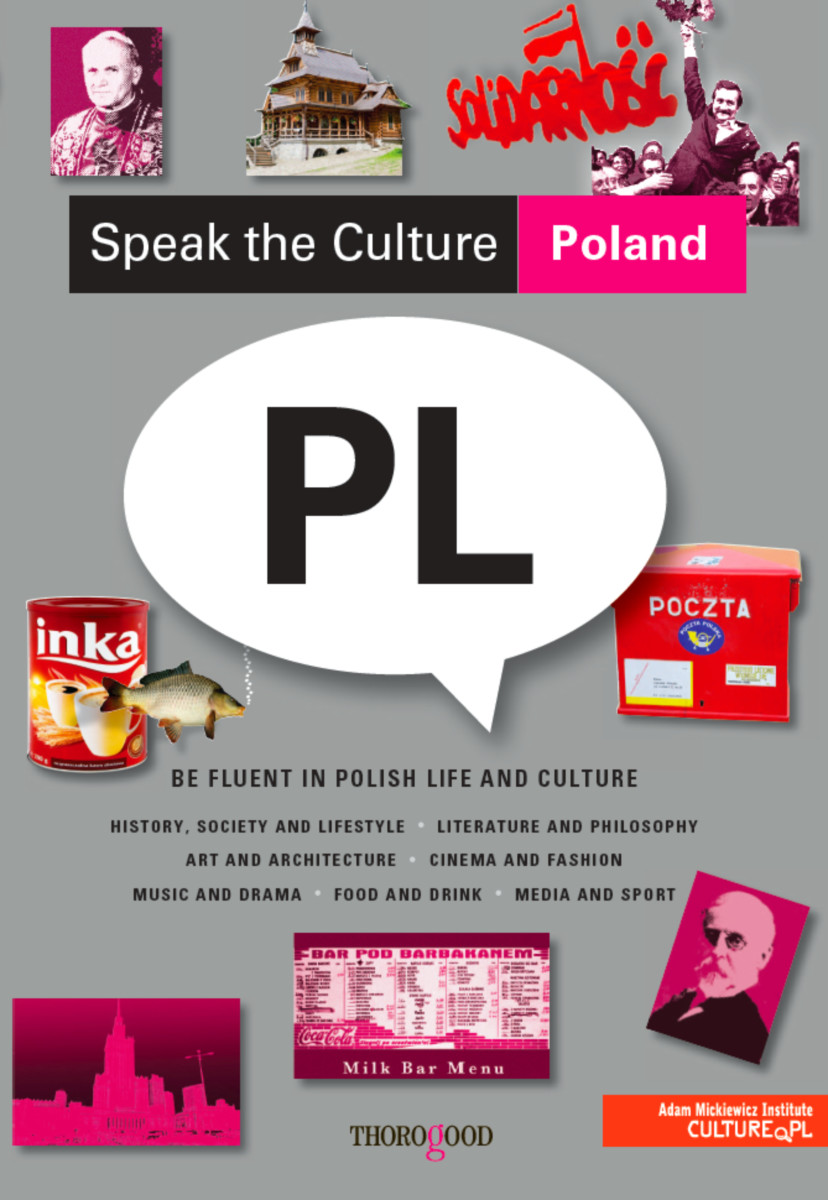 The fifth book in Thorogood’s groundbreaking series of cultural guides takes Poland as its subject. Written in collaboration with the Adam Mickiewicz Institute, Speak the Culture: Poland provides a fast track to understanding the key events, figures and customs of this richly creative country in the heart of Europe.

The book begins with an overview of the country’s cultural foundations – the history, language and identity – before moving on to Poland’s artistic achievements, from the Renaissance poetry of Mikolaj Rej to the films of Roman Polanski. The key figures of art, architecture, literature, philosophy, music, theatre and cinema are revealed succinctly and colorfully. The final section of Speak the Culture: Poland covers the country’s living culture – its religion, social mores, education, economy and more.

Only by grasping the culture of Poland will readers develop a fully rounded knowledge of this historic but little understood nation.

"The book is fascinating, with the amount of information provided....It is a book for Polish Americans as well as those unfamiliar with Poland. Highly recommended."

What's been said about the series:
“The Speak the Culture series….is the best crib sheet for the curious we have seen.”

“No publisher has attempted anything quite like this, and the publishers Thorogood are to be much applauded for their ingenuity and achievement.”

1) Identity: The Foundations of Polish Culture
2) Literature and Philosophy
3) Art and Architecture
4) Music, Theatre and Comedy
5) Cinema and Fashion
6) Media and Communications
7) Food and Drink
8) Living Culture: The State of Modern Poland