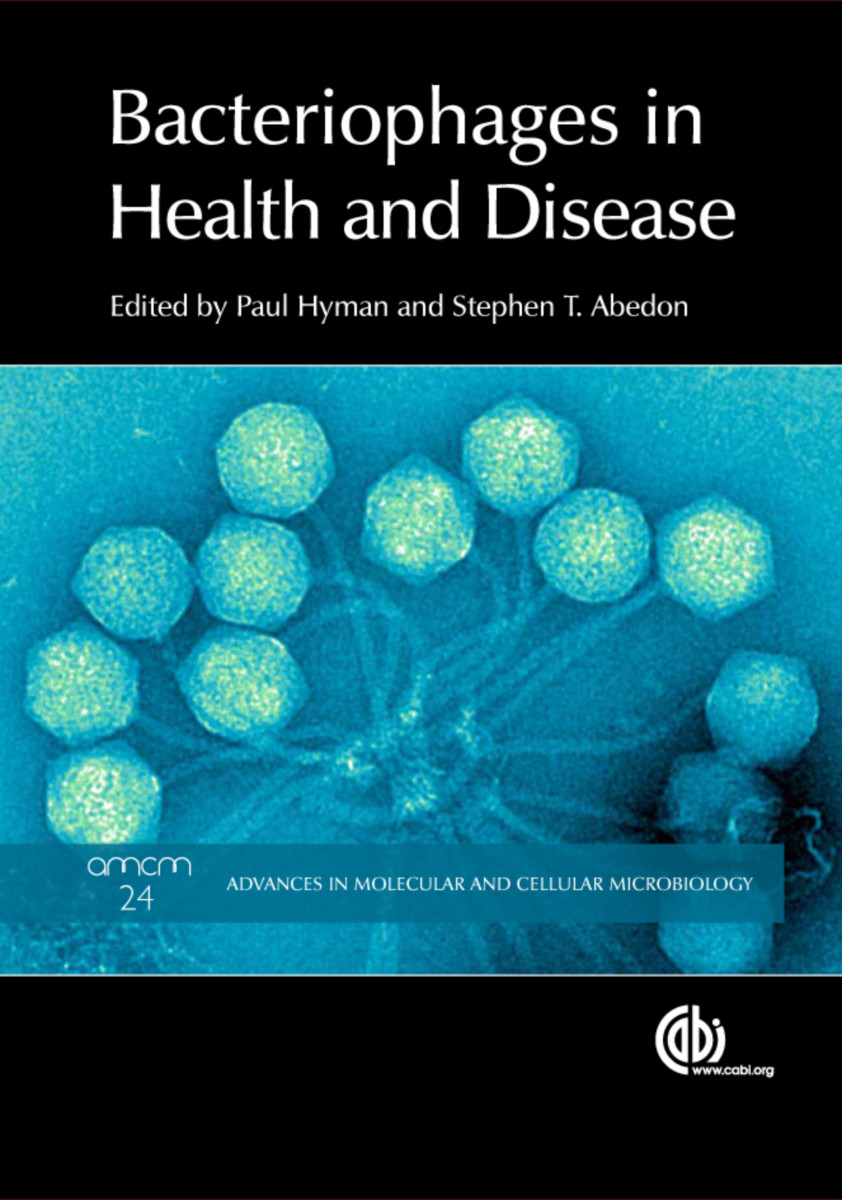 Bacteriophages in Health and Disease

Bacteriophages are viruses that infect bacteria; as such, they have many potential uses for promoting health and combating disease. This book covers the many facets of phage-bacterial-human interaction in three sections: the role and impact of phages on natural bacterial communities, the potential to develop phage-based therapeutics and other aspects in which phages can be used to combat disease, including bacterial detection, bacterial epidemiology, the tracing of fecal contamination of water and decontamination of foods.

Section I: Phages in Bacterial Disease and Normal Flora

1. The Phage Component of the Human Metagenome
2. Diseases Caused by Phages
3. Phages, Genomics, and Transduction
4. Role of Phages in Pathogen Evolution

Stephen T. Abedon is at The Ohio State University.