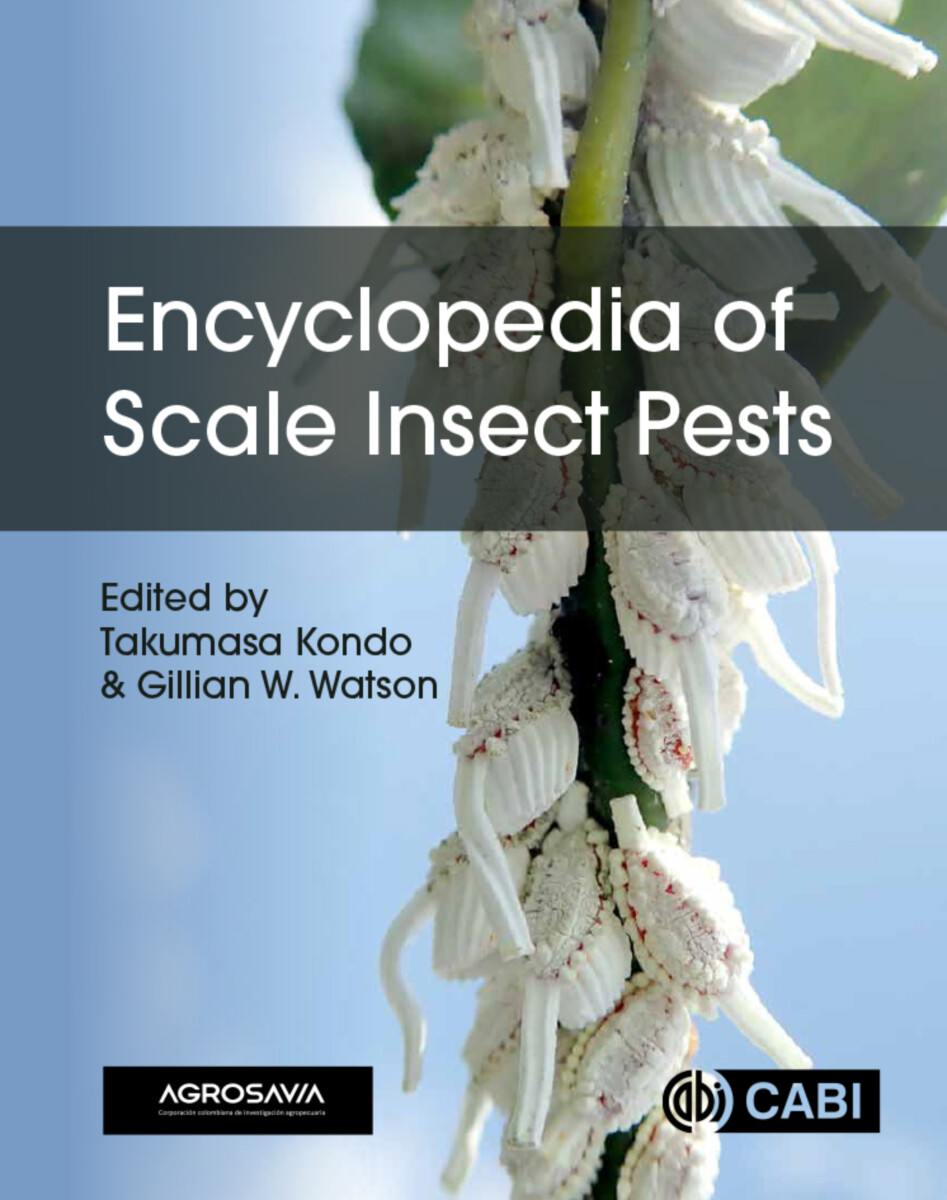 Scale insects feed on plant juices and can easily be transported to new countries on live plants. They sometimes become invasive pests, costing billions of dollars in damage to crops worldwide annually, and farmers try to control them with toxic pesticides, risking environmental damage. Fortunately, scale insects are highly susceptible to control by natural enemies so biological control is possible. They have unique genetic systems, unusual metamorphosis, a broad spectrum of essential symbionts, and some are sources of commercial products like red dyes, shellac and wax. There is, therefore, wide interest in these unusual, destructive, beneficial, and abundant insects.

The Encyclopedia of Scale Insect Pests is the most comprehensive work on worldwide scale insect pests, providing detailed coverage of the most important species (230 species in 26 families, 36% of the species known). Advice is provided on collection, preservation, slide-mounting, vouchering, and labelling of specimens, fully illustrated with color photographs, diagrams and drawings.

Pest species are presented in two informal groups of families, the 'primitive' Archaeococcids followed by the more 'advanced' Neococcids, covered in phylogenetic order. Each family is illustrated and diagnosed based on features of live and slide-mounted specimens, with information on numbers of genera and species, main hosts, distribution, and biology.

Beneficial uses of scale insects as sources of red dyes, natural resins and waxes, as agents for invasive weed control. The importance of their honeydew to bees for making honey, and as a food source to other animals, are included.

Takumasa Kondo is a Senior Researcher at Corporación Colombiana de Investigación Agropecuaria (Agrosavia), Centro de Investigación Palmira, Valle del Cauca, Colombia. He earned his BSc, MSc from Tokyo University of Agriculture, Japan and PhD in Entomology, from Auburn University. He studies IPM of insect and mite pests of tropical fruit crops, and the taxonomy of Coccomorpha. He is Editor-in-Chief of the journal Ciencia y Tecnología Agropecuaria; and subject editor for several journals, including Neotropical Entomology, Revista Brasileira de Entomologia and Revista Colombiana de Entomología. He is an editorial board member for Fronteras de la Ciencia and Entomologia Experimentalis et Applicata. He has published more than 170 scientific papers, including books and book chapters.

Gillian Watson works on the taxonomy and identification of scale insects, especially agricultural pests, with an emphasis on invasive species worldwide. Dr. Watson is currently working on a U.K. Darwin Initiative-funded project, “Agriculture and biodiversity: addressing scale insect threats in Kenya” as Project Manager and Researcher at the Department of Life Sciences, The Natural History Museum, London, U.K. She is also a subject editor for Hemiptera: Coccomorpha for the journal Zootaxa.