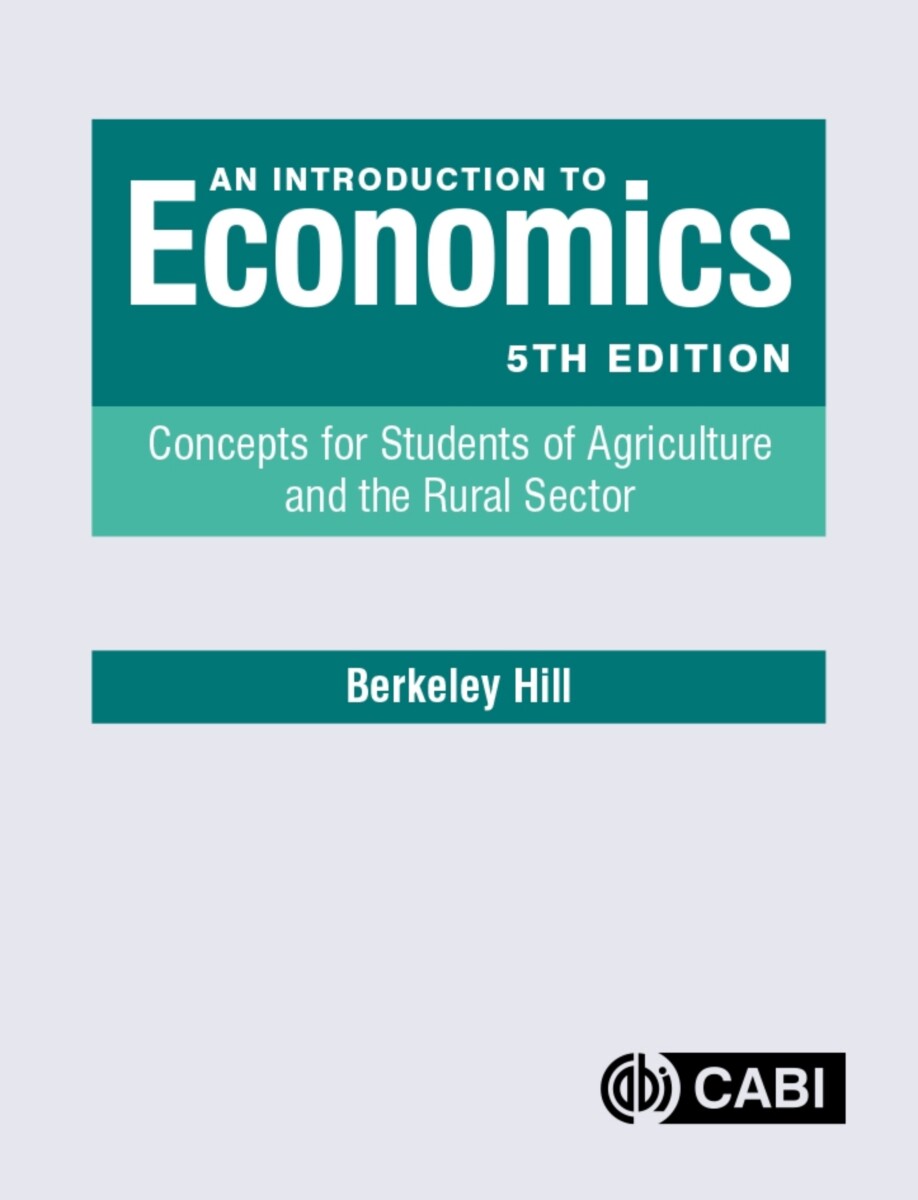 Updated and revised, this fifth edition incorporates recent developments in the environment in which agriculture operates. Issues that have gained prominence since the previous edition (2014) include climate change and agriculture's mitigating role, concern with animal welfare, the social contributions that agriculture makes, risks associated with globalization, and rising concern over sustainability. Important for UK and EU readers are the adjustments needed now that the UK is no longer a member of the European Union and the nature of the national policies developed to replace the EU's Common Agricultural Policy. Containing all the major economic principles with agriculture-specific examples, An Introduction to Economics, fifth edition provides a rounded and up-to-date introduction to the subject. The inclusion of updated chapter-focused exercises, essay questions and suggestions for further reading make this textbook an invaluable learning tool.

This book is recommended for students of agriculture, economics and related sectors.

1: What is Economics?
2: Explaining the Behaviour of Individuals: Theory of Consumer Choice
3: Demand and Supply: the Price Mechanism in a Market Economy
4: Markets and Competition
5: Production Economics: Theory of the Firm
6: Factors of Production and their Rewards: Theory of Distribution
7: Market Failure: Some Problems of Using the Market to Allocate Resources
8: Macroeconomics: the Workings of the Whole Economy
9: International Trade
10: Government Policy for Agriculture and Rural Areas