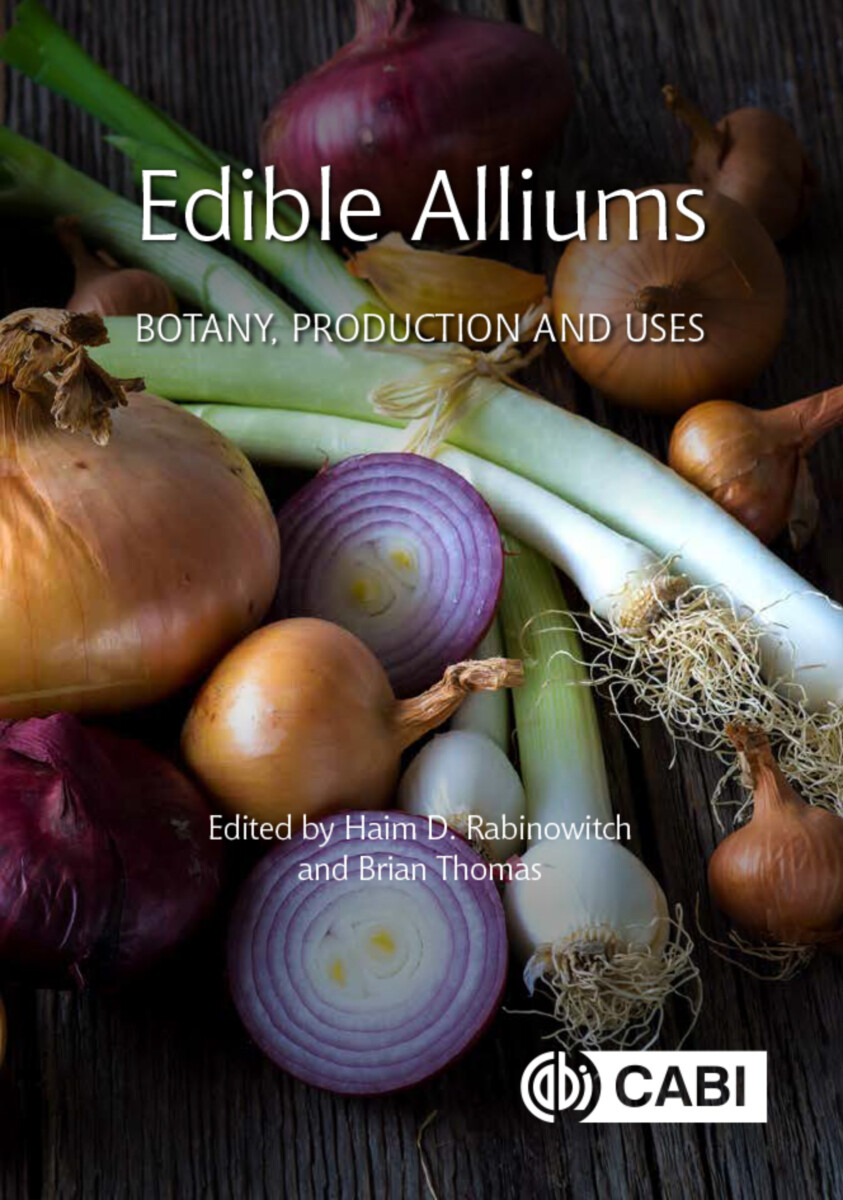 Allium crops include more than 30 species, many of which (for e.g. onions, shallots, garlic, leeks, bunching onions, and chives) are of economic importance. Bulb onions rank second only to tomatoes in terms of global production. Alliums are farmed and harvested in a range of climatic conditions worldwide, forming important parts of local diets. This book provides a comprehensive review of major and minor Allium crops from scientific and horticultural perspectives. It broadly covers modern biology (including genetics and breeding), propagation, production, processing, and nutritional and health benefits.

This is an essential resource for scholars, researchers and students in plant science and agriculture, in addition to molecular biologists, plant breeders, agronomists, consultants, and extension specialists.

Haim Rabinowitch obtained his academic education in plant physiology and genetics at the Hebrew University of Jerusalem. He worked as a Postdoctoral Scientist at The John Innes Institute (Norwich England) and at the Wageningen Agricultural University (Holland) before recruited as a staff member at the Hebrew University of Jerusalem. He spent three sabbaticals at Duke University Medical Center, Department of Biochemistry. In addition to research, teaching, and supervision, Haim served as elected Head of the Department of Field and Vegetable Crops, elected Head of Faculty Research Committee, elected Faculty Dean and elected University Rector. His research interests include physiology of vegetable crops with special emphasis on flowering, setting and seed production; Physiology and potato breeding. Haim shared the idea and actual introduction of genes for long keeping in tomatoes, the development and introduction of cherry tomatoes as a standard commodity, and later that of cluster tomatoes. He headed a leading ream of plant breeders and released more than a hundred salad and cherry tomato hybrids, as well as short-day onion hybrids, short day seed propagated shallot hybrids, and currently he jointly leads a large-scale garlic breeding program aiming at seed propagated hybrid garlic. He supervised about 80 graduate students, published about 150 scientific papers, chapters in books, and edited books on alliums.

Brian Thomas obtained his first degree in Botany and a Ph.D. in Plant Physiology at UCW Aberystwyth. He worked as a Postdoctoral Scientist at Carleton University, Ottawa and the University of Reading before becoming a research scientist at the Glasshouse Crops Research Institute in Littlehampton. He moved to Wellesbourne as part of Horticulture Research International (HRI), where he was Research Director. HRI became part of the University of Warwick in 2004, where Brian is Professor of Crop Development in the School of Life Sciences. His research interests include mechanisms by which plants interact with the environment and the practical consequences of these interactions, vegetable crop improvement, and climate change and crop development. He is currently Senior Editor for the Journal of Horticultural Science & Biotechnology and Senior Editor for both first and second editions of The Encyclopaedia of Applied Plant Sciences.