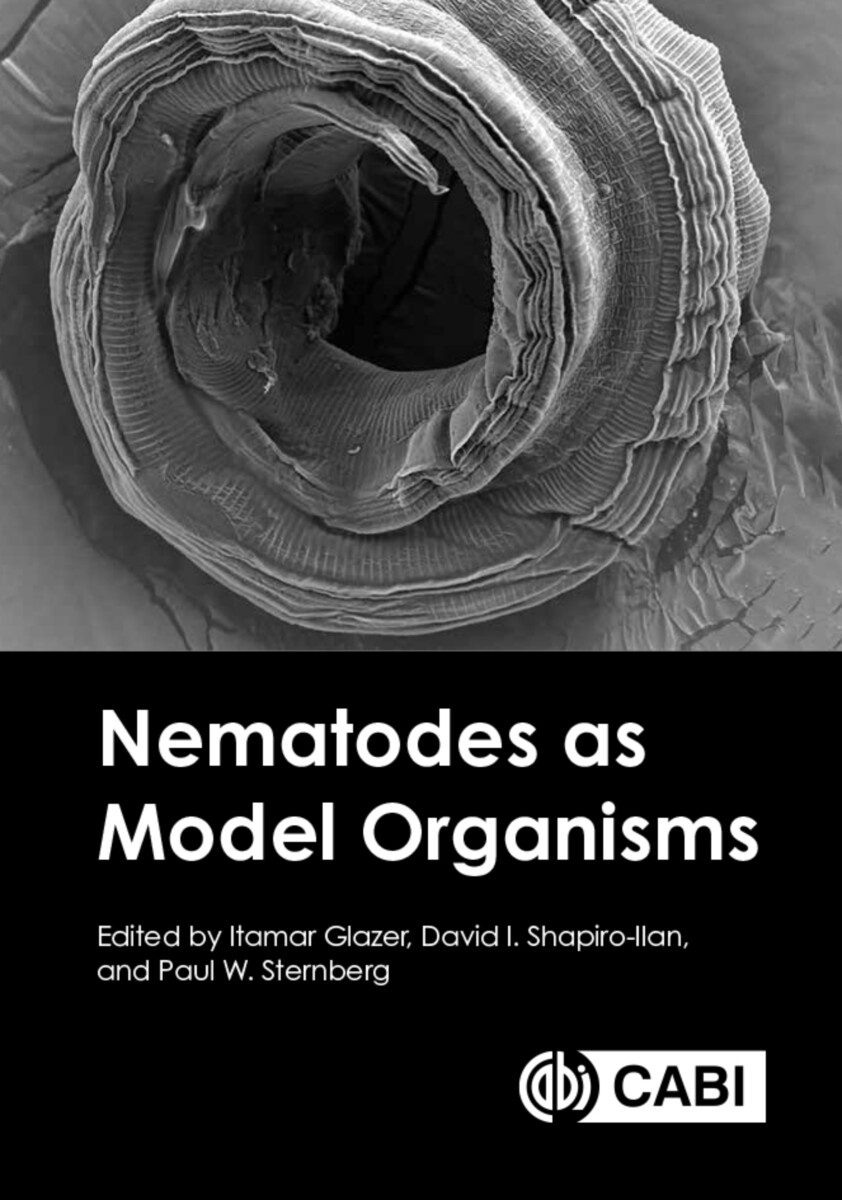 Nematodes are small multicellular organisms that have been used as biological models since the 1960s. For example, Caenorhabditis elegans is a free-living nematode worm, about 1mm in length, that lives in temperate soil environments. It is made up of about 1000 cells, and has a short life cycle of only two weeks. It was the first multicellular organism to have its whole genome sequenced.

The book summarizes the importance of nematodes as model organisms in the fields of genetics, developmental biology, neurobiology, pharmacology, nutrition, ecology and parasitology.

Of interest to a broad audience across a wide spectrum of disciplines, this book is useful for biologists working on comparative studies to investigate biological processes across organisms; medical scientists and pharmacologists for exploration of drugs and medicine (including the use of genome editing to eliminate diseases); ecologists considering nematodes as indicators for environment changes; and parasitologists for host-parasite interactions. Many other researchers can use this book as a benchmark for the broad implications of nematology research on other aspects of science.

1: The genus Pristionchus: a model for phenotypic plasticity, predatory behavior, self-recognition and other complex traits

3: Entomopathogenic nematodes as a model for probing the insect immune system

4: The use of the Root Knot Nematodes, Meloidogyne spp., for studying biotrophic parasitic interactions

5: Nematodes as a model for symbiosis

7: Nematodes as Ecological and Environmental Indicators

11: Nematode use for testing theoretical models of behavioral ecology

13: Parasitic Nematodes and their Symbiosis with Bacteria: Model Systems for Studying Parasitism and Pathogenesis

Dr. David I. Shapiro-Ilan is a Supervisory Research Entomologist at USDA-ARS, Georgia. His research focuses on invertebrate pathology/microbial control. Areas of interest emphasize the study of entomopathogenic nematodes and include biological control applications, production and formulation technology, and studies on nematode behavior (especially foraging dynamics). Dr. Shapiro-Ilan has published 180 peer-reviewed journal articles plus 24 book chapters and more than 40 trade journal/extension articles; he has co-edited 3 books and is inventor on 7 patents. Selected awards include Fellow of the Society of Nematologists, EEO/Civil Rights, Excellence in IPM (SEB-ESA, 2012), and over $7 million as PI/co-PI on competitive grants. He is currently the Editor-in-Chief for the Journal of Nematology, and Editor for the Journal of Invertebrate Pathology.

Paul Sternberg is Professor of Biology at Caltech.