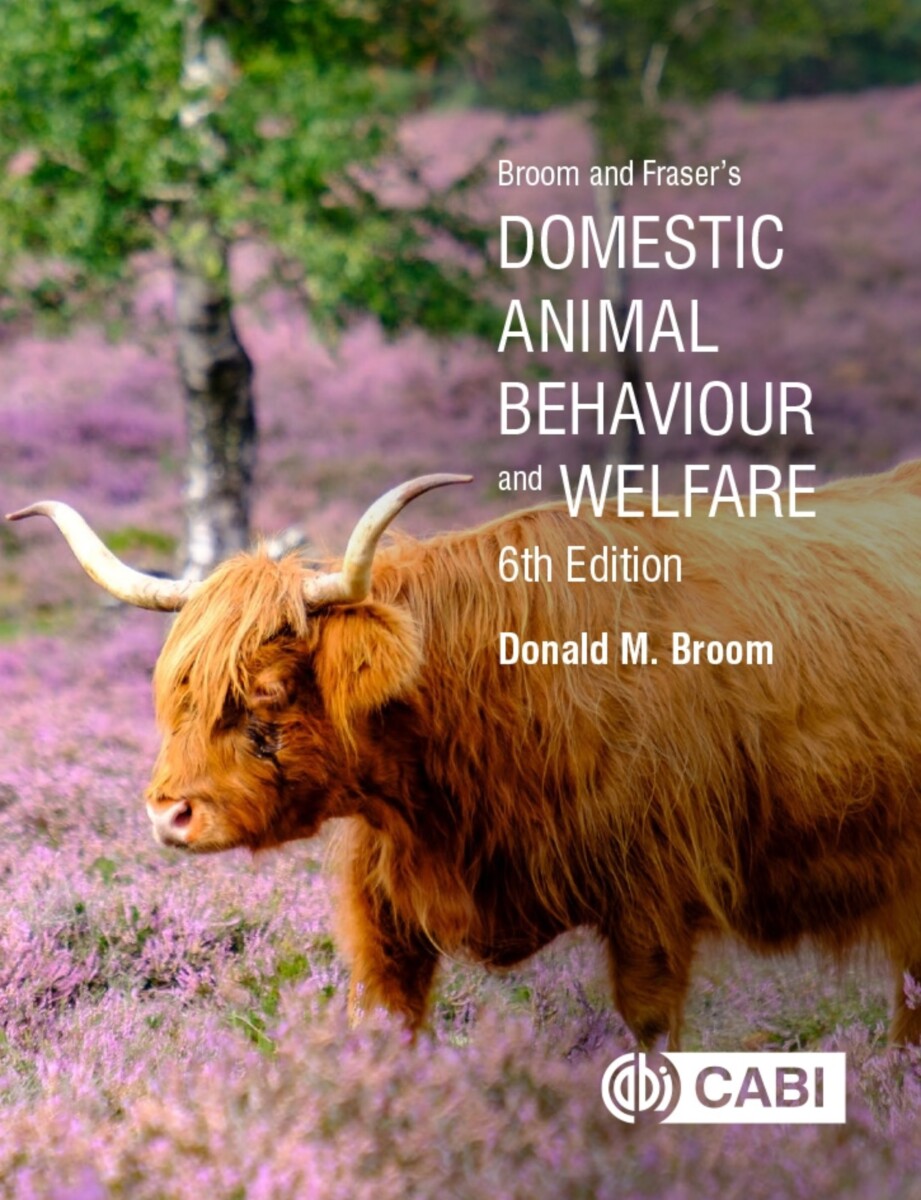 Completely updated and revised, and synthesizing the recent explosion in animal welfare literature, the sixth edition of this best-selling textbook continues to provide a thorough overview of behavior and welfare of companion and farm animals, including fish.

The introductory section has been completely revised, with all following chapters updated, redesigned and improved to reflect our changing understanding.

Written by a world-leading expert and key opinion leader in animal behavior and welfare, this text provides a highly accessible guide to the subject. It is an essential foundation for any veterinary, animal science, animal behavior or welfare-focused undergraduate or graduate course.

Donald M. Broom, Emeritus Professor of Animal Welfare, Cambridge University, Department of Veterinary Medicine, has developed concepts and methods of scientific assessment of animal welfare and studied: cognitive abilities of animals, the welfare of animals in relation to housing and transport, behavior problems, attitudes to animals, sustainable livestock production and ethics of animal usage. He has published over 300 refereed papers and books including: Stress and Animal Welfare (2000 Springer), The Evolution of Morality and Religion (2003 CUP), Domestic Animal Behaviour and Welfare, 5th edition (2015 CABI), and Sentience and Animal Welfare (2014 CABI).