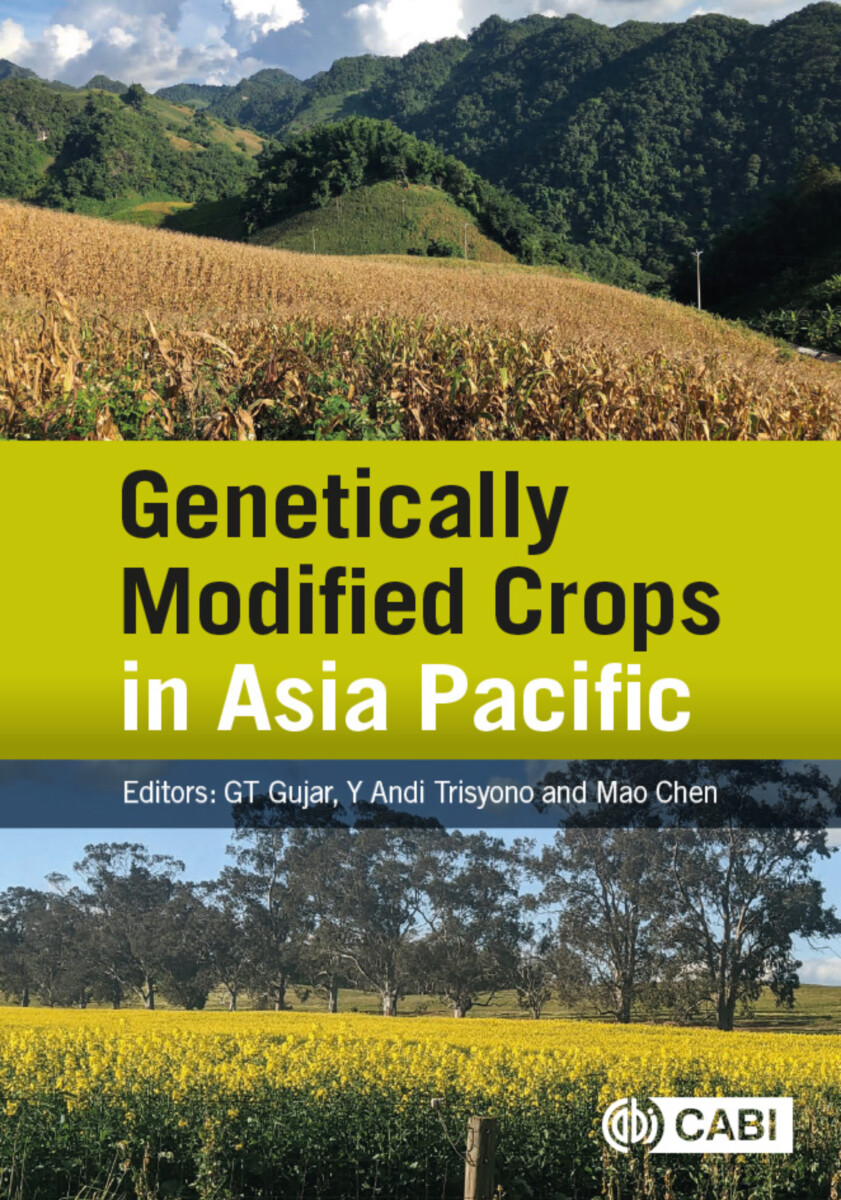 Meeting future food needs without compromising environmental integrity is a central challenge for agriculture globally but especially for the Asia Pacific region - where 60% of the global population, including some of the world's poorest, live on only 30% of the land mass. To guarantee the food security of this and other regions, growers worldwide are rapidly adopting genetically modified (GM) crops as the forerunner to protect against many biotic and abiotic stresses. Asia Pacific countries play an important role in this, with India, China and Pakistan appearing in the top 10 countries with acreage of GM crops, primarily devoted to Bt cotton.

Genetically Modified Crops in Asia Pacific discusses the progress of GM crop adoption across the Asia Pacific region over the past two decades, including research, development, adoption and sustainability, as well as the development and cultivation of insect protective Bt brinjal, drought-tolerant sugarcane, late blight resistant potato and biotech rice more specific to this region. Regulatory efforts of the Asia Pacific member nations to ensure the safety of GM crops to both humans and the environment are also outlined and discussed to provide impetus in other countries initiating biotech crops. The authors also probe into some aspects of gene editing and nanobiotechnology to expand the scope into next generation GM crops, including the potential to grow crops in acidic soil, reduce methane production, remove poisonous elements from plants and improve overall nutritional quality.

Genetically Modified Crops in Asia Pacific provides a comprehensive reference not only for academics, researchers and private sectors in crop systems but also policy makers in the Asia Pacific region. Beyond this region, readers will benefit from understanding how GM crops have been integrated into many different countries and, in particular, the effects of the take-up of GM cropping systems by farmers with different socioeconomic backgrounds.

Govind T. Gujar, of the South Asia Biotechnology Centre, New Delhi, retired as Head of Division of Entomology from ICAR-Indian Agricultural Research Institute (IARI), New Delhi, in 2015 after 37 years of academic service related to insect resistance management vis-a-vis Bt toxins, IPM and insect resistant transgenic crops. He has an MSc and PhD in Entomology from the IARI and a postdoctoral experience as Marie Curie EU Postdoctoral fellow in the UK and Germany.

Y. Andi Trisyono is a Professor of Entomology in the Faculty of Agriculture at the University of Gadjah Mada in Indonesia, where he teaches insecticide toxicology, insect physiology, transgenic crops and integrated pest management. He earned an MS and PhD in Entomology from Michigan State University and University of Missouri, respectively.

Mao Chen is currently Head, Market Development field testing, APAC Bayer Crop Science (Singapore), and has an MS and PhD in Entomology from Zhejiang University, and postdoctoral experience at Cornell University and Agril Station at Geneva. Mao worked on insecticide and crop evaluation, and resistance management at the Monsanto Research Center, St Louis and then as Lead, Biotech regulatory affairs for Bayer Crop Science (earlier Monsanto) for the Asia Pacific in Singapore until 2019.