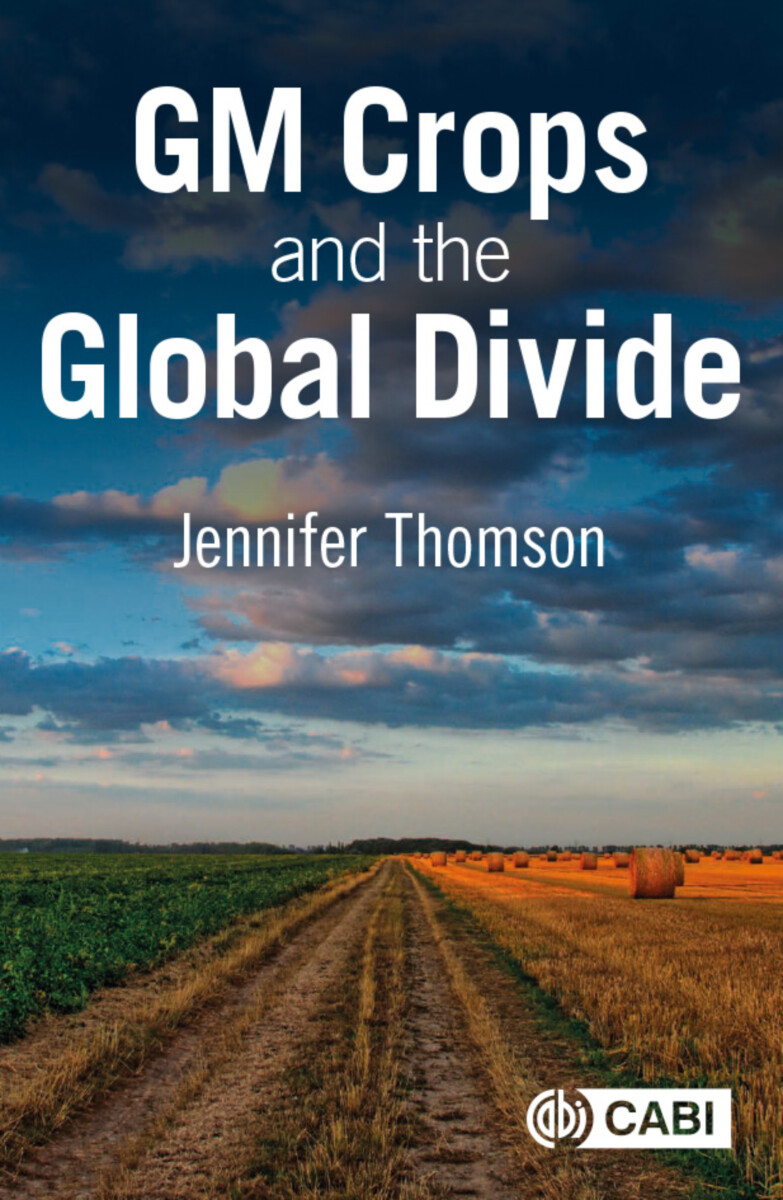 GM Crops and the Global Divide

Attitudes to GM crops continue to generate tension, even though they have been grown commercially for over 20 years. Negative sentiment towards their development limits their adoption in Western countries, despite there being no evidence of harm to human health. These unfounded concerns about genetically modified crops have also inhibited uptake in many countries throughout Africa and Asia, having a major impact on agricultural productivity and preventing the widespread cultivation of potentially life-saving crops.

GM Crops and the Global Divide traces the historical importance that European attitudes to past colonial influences, aid, trade and educational involvement have had on African leaders and their people. The detrimental impact that these attitudes have on agricultural productivity and food security continues to be of growing importance, especially in light of climate change, drought and the potential rise in sea levels - the effects of which could be mitigated by the cultivation of GM and gene-edited crops.

Following on from her previous books Genes for Africa, GM Crops: The Impact and the Potential, and Food for Africa: The Life and Work of a Scientist in GM Crops, Jennifer Thomson unravels the reasons behind these negative attitudes towards GM crop production. By addressing the detrimental effects that anti-GM opinions have on nutrition security in developing countries and providing a clear account of the science to counter these attitudes, she hopes to highlight and ultimately bridge this global divide.

1: Genetically Modified Organisms make their entrance
2: GM crops arrive on the scene
3: The West's stand on GM crops
4: GM crops made in Africa for Africa by Africans
5: Learning from economists
6: How to bust myths and the importance of communication
7: Countries that got it right and why
8: To label or not to label, that is the question
9: The West versus Africa
10: The West versus the Rest
11: Conclusions

Jennifer Thomson is Emeritus Professor of Microbiology in the Department of Molecular and Cell Biology at the University of Cape Town. Her main current research interests are in the development of maize resistant to the African endemic maize streak virus and tolerant to drought. Jennifer helped draft South Africa’s National Biotechnology Strategy and was appointed by the Minister of Science and Technology to the National Advisory Council on Innovation. She is the co-founder of SA WISE (SA Women in Science and Engineering). Jennifer is on the board of the International Service for the Acquisition of Agri-Biotech Applications and the African Agricultural Technology Foundation, is a regular writer, and sought-after speaker internationally on the subject of genetically modified organisms, including at the World Economic Forum.