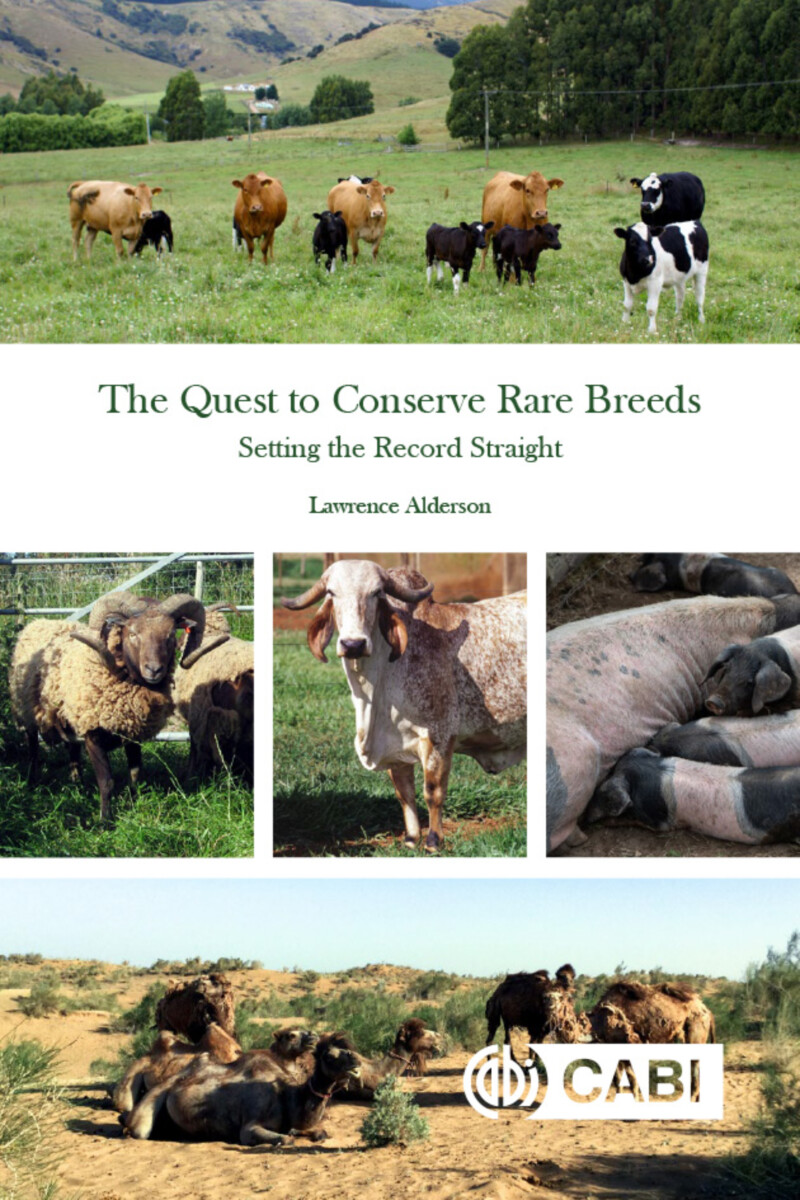 The Quest to Conserve Rare Breeds

Since the middle of the twentieth century the world has witnessed a succession of political and social disruptions. Globalization, technological advancement, climate change, human migration, war and conflict - all have caused major worldwide upheavals.

In this light, it's unsurprising that conservation of rare breed animals has been neglected. Yet the preservation of these genetic resources - this biological diversity - is an essential ingredient of sustainable life on Earth, and not something we can afford to lose.

This book, straight from the horse's mouth, Lawrence Alderson, CBE, challenges often repeated facts about livestock farming and argues for a reasoned and evidence-based approach from political and public circles. Correcting misconceptions as he goes, he recounts the creation and development of the rare breed conservation movement, addresses extinctions and genetic safe-guarding measures, and considers where we go from here. Challenged as we are by climate change, sustainability and feeding the world, perhaps it is these endangered animals that hold the answer - perhaps with them, we can adapt to our changing environment and see a way forward to a more certain future.

An essential reference for students in animal breeding and ecology, this book is also an informative and accessible read for breeders, enthusiasts, and anyone with an interest in global conservation or rare breeds.

Lawrence Alderson was born in Yorkshire on a Pennine hill farm, which followed a largely self-contained semi-organic system with pedigree livestock. He holds a degree in agricultural science from Cambridge University, with a post-graduate qualification in genetics, and during his time there also served as President of the Cambridge University Agricultural Society.

Alderson began his career lecturing in agricultural colleges, with a special interest in animal breeding and business management, before establishing his own company (Countrywide Livestock Ltd). As the owner of farms in Hampshire, Wiltshire and Northumberland, he has hands-on experience with rare equine, bovine and ovine breeds, and went on to found both Rare Breeds International and the Rare Breed Survival Trust. He has written extensively on rare breeds and genetic conservation throughout his career, including Mason’s World Encyclopedia of Livestock Breeds and Breeding. In 2004 he was recognized for his services to conservation with a CBE.

Now a member of the Defra FAnGR committee and delegate to ERFP (European Regional Focal Point) meetings, he is an international consultant on the conservation of animal genetic resources.