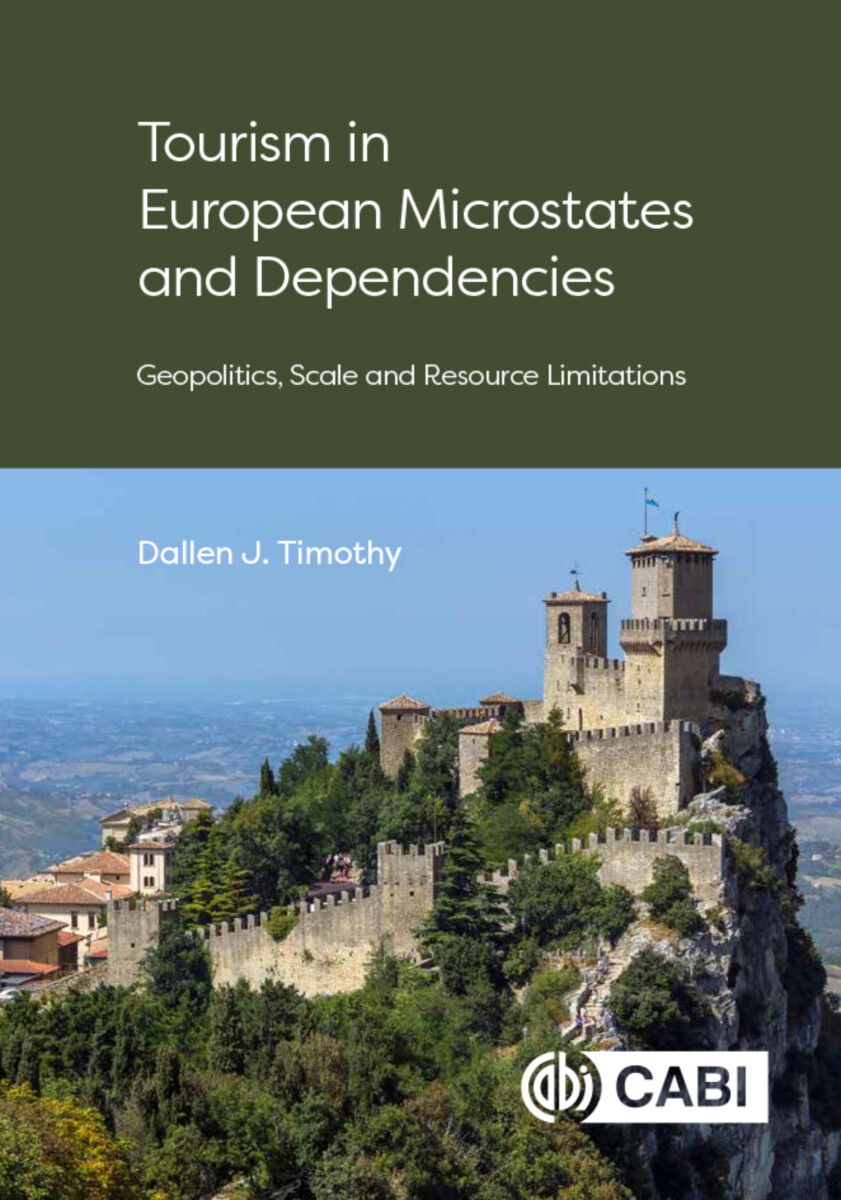 Tourism in European Microstates and Dependencies

Tourism in European Microstates and Dependencies carefully examines the nuances and realities associated with tourism, social and economic development, geography, and geopolitics of Europe's smallest microstates and dependencies. Through case study-based material, the book covers the smallest states of Europe, the European dependencies inside Europe, and other unique territorial anomalies and unrecognized de facto states. It looks at how, besides small size and economy of scale, one of the characteristics that connects these unique states and territories is their dependence on tourism, or their desire to develop it, for their socio-economic well-being.

This book provides a thorough overview of tourism-related challenges and opportunities associated with smallness/scale, limited population size, economic development, cross-border cooperation (dependency) with larger neighbor states, relationships with the European Union, geopolitical challenges, questions of sovereignty, vulnerability, and touristic importance on the world stage. It provides a comprehensive examination of the smallest states and state-like entities in Europe. It examines the social, economic, and political importance of tourism in some of the smallest countries and territories in the world. It is the first book of its kind to look systematically at small, yet extremely important, areas of Europe from tourism, socio-economic, and geopolitical perspectives. Coverage includes Andorra, Liechtenstein, Monaco, San Marino, the Vatican City, Åland, Akrotiri and Dhekelia, the Faroe Islands, Gibraltar, Guernsey, Isle of Man, Jersey, Svalbard, Llívia, Campione d'Italia, Transnistria, Abkhazia, and South Ossetia, as well as several other enclaves, autonomous areas, and unrecognized "micro-nations." This book will be an invaluable resource for post-graduate students and research scholars in the areas of tourism, geography, political science, and European studies.

1: Europe’s Smallest States and Anomalous Geographical Areas
2: Transfrontier Relationships in Europe
3: The Pyrenean Co-Principality of Andorra
4: Europe’s Alpine Mini-State: The Principality of Liechtenstein
5: Large Luxury and Tiny Grandeur: The Principality of Monaco
6: More than Just a Mountain: The Republic of San Marino
7: Vatican City: The Smallest Country on Earth but Probably the Most Visited
8: Europe’s Autonomous Regions, Dependencies and Overseas Territories
9: International Exclaves and Extraterritorial Places
10: Unrecognized Polities: The de Facto States and Micronations of Europe
11: Vulnerability, Dependency and Touristic Appeal: The Costs and Benefits of Smallness and Marginality
12: Perspectives on Tourism and Small Polities in Europe