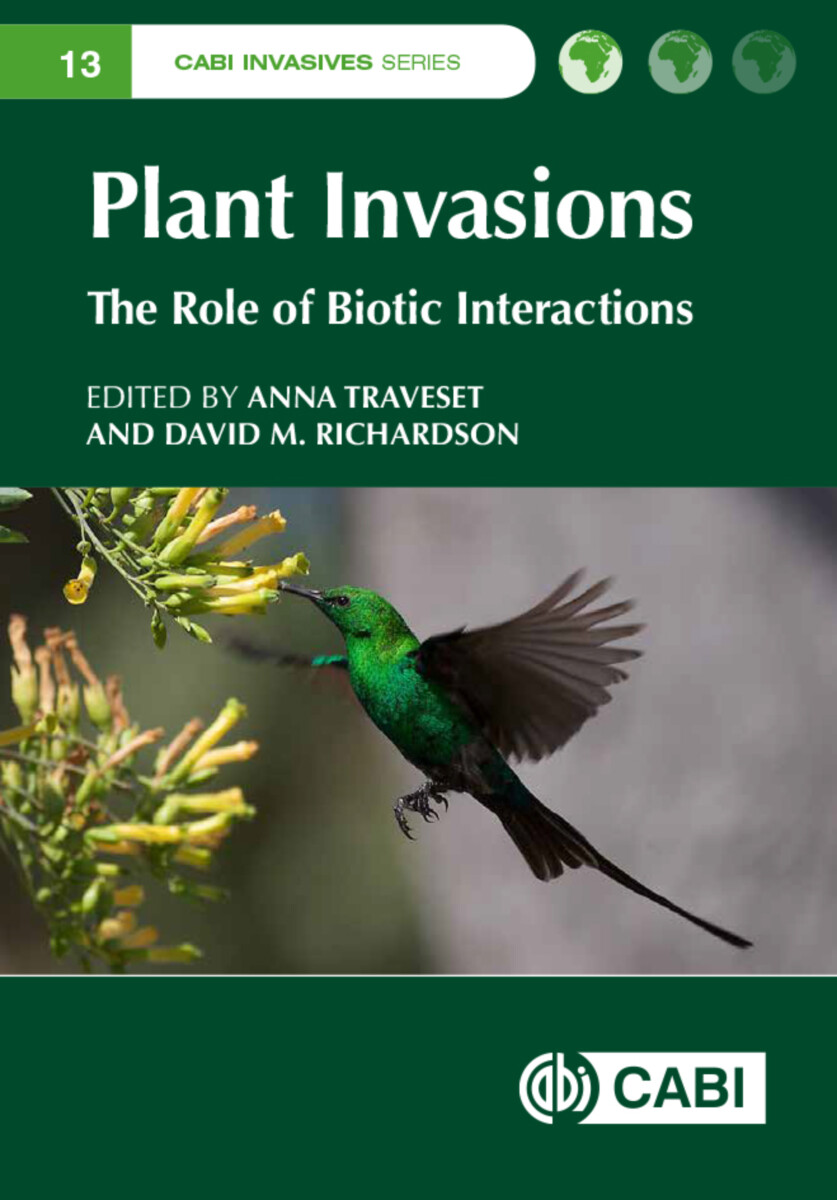 The Role of Biotic Interactions

Future avenues of research are highlighted in a final chapter.

1: Plant invasions: the role of biotic interactions – An overview

2: The role of biotic interactions in invasion ecology: theories and hypotheses

Part II: Positive and negative interactions in the soil

7: The role of plant-plant facilitation in non-native plant invasions

10: EICA 2.0: A general model of enemy release and defence in plant and animal invasions

11: The role of pathogens in plant invasions

14: The effect of non-native plant invasions on seed dispersal of native plants

15: Allelopathic disruptions of biotic interactions due to non-native plants

16: Competition between native and non-native plants

Part VI: Novel techniques and experimental approaches in the study of plant invasions

18: How a network approach has advanced the field of plant invasion ecology

19: Molecular ecology of plant-microbial interactions during invasions: progress and challenges

Part VII: Biotic interactions and the management of ecosystems invaded by non-native plants

20: How can progress in the understanding of antagonistic interactions be applied to improve biological control of plant invasions?

21: Restoration of pollination interactions in communities invaded by non-native plants

23: Multiple feedbacks due to biotic interactions across trophic levels can lead to persistent novel conditions that hinder restoration

Anna Traveset is a Research Professor of the Spanish Research Council based at the Mediterranean Institute of Advanced Studies in Mallorca, Balearic Islands, Spain. Her research focuses on species interactions, mostly on island ecosystems, and how these are influenced by different drivers of global change. She has published more than 200 papers in scientific journals and as book chapters, and has edited several special issues, one in Journal of Biogeography (2012) and the other in AoB PLANTS (2015). She belongs to the editorial board of five scientific journals. In 2017, she was awarded the Prize King Jaume I in the category of "Environmental Protection."

David M. Richardson is Director of the DST-NRF Centre of Excellence for Invasion Biology and is a Distinguished Professor at Stellenbosch University, South Africa. His research focuses on plant invasions. He is author/co-author of about 420 journal papers and book chapters, has edited six books, including Fifty years of invasion ecology (Wiley-Blackwell, 2011), and is co-author of Invasion Dynamics (OUP; 2017). He was Editor-in-Chief of Diversity and Distributions between 1998 and 2015. He was awarded the Hans Sigrist Prize for 2006 by the University of Bern, Switzerland, and in 2012 received the John F.W. Herschel Medal, the senior medal of the Royal Society of South Africa.