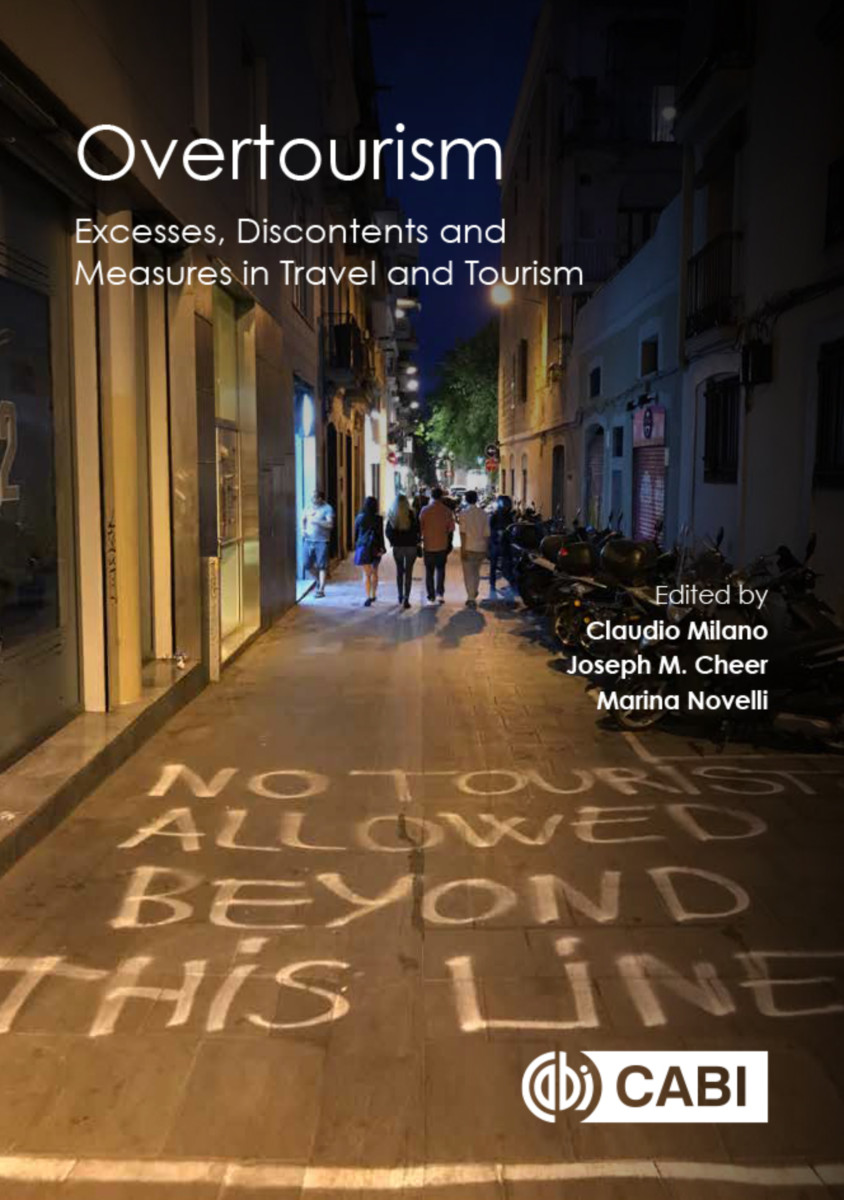 Excesses, Discontents and Measures in Travel and Tourism

The "overtourism" phenomenon is defined as the excessive growth of visitors leading to overcrowding and the consequential suffering of residents, due to temporary and often seasonal tourism peaks, that lead to permanent changes in lifestyles, amenities and well-being. Enormous tensions in overtourism-affected destinations have driven the intensification of policy making and scholarly attention toward seeking antidotes to an issue that is considered paradoxical and problematic.

Moving beyond the "top 10 things you can do about overtourism," this book examines the evolution of the phenomenon and explores the genesis of overtourism as well as the system dynamics underpinning it. With a rigorous scientific approach, the book uses systems-thinking and contemporary paradigms around sustainable development, resilience planning and degrowth; while considering global economic, socio-political, and environmental discourses. This book:

- Deconstructs "overtourism" and considers the many constituent parts that have led to its current conceptualizations;
- Presents globally diverse views of overtourism through numerous case studies;
- Is written in plain language accessible to readers beyond the academic context.

Researchers, analysts, policy makers and industry stakeholders working within tourism as well as those within the private sector, community groups, civil society groups and NGOs will find this book an essential source of information.

1: Venice: an analysis of tourism excesses in an overtourism icon
2: Tourist Gentrification of retail shops in Palma (Majorca)
3: ‘Todos a Galápagos?’ Overtourism in wilderness areas of the Global South
4: Beyond Overtourism: Studying the Entanglements of Society and Tourism in Iceland
5: Responses to overtourism in Guanacaste (Costa Rica): a rural water conflicts’ perspective
6: Overcrowded Amsterdam – Striving for a balance between trade, tolerance and tourism
7: Public policies and tourist saturation in the favelas of Rio de Janeiro
8: Short-term accommodation and overtourism in Portuguese urban centres
9: My overloved town: The challenges of growing up in a small coastal tourist destination (Byron Bay, Australia)
10: Greenland’s Tourism Policymaking and the Risk of Overtourism

Dr. Claudio Milano is a Social and Cultural Anthropologist. He is a Professor and Researcher in Tourism at Ostelea School of Tourism & Hospitality, University of Lleida (Barcelona, Spain). He has published in international peer-reviewed scientific journals and is a member of several international anthropological and tourism research networks. He recently contributed to a study on overtourism in the European Union funded by the European Parliament as a team member of a consortium. His research interests are focused on sociocultural impacts of tourism in Europe and Latin America and the relation between tourism, social resistance and protest movements in rural and urban areas.

Joseph M. Cheer is at the Center for Tourism Research at Wakayama University, Japan. He most recently lectured in the School of Languages, Literatures, Cultures, and Linguistics at Monash University and is board member of the International Geography Union (IGU) Commission on Tourism and Leisure and Global Change. His research draws from transdisciplinary perspectives, especially human/economic geography, cultural anthropology and political economy. Joseph is focused on research to practice with an emphasis on resilience building, sustainability and social justice in tourism. He recently published Tourism Resilience and Adaptation to Environmental Change and Tourism Resilience and Sustainability: Adapting to Social, Political and Economic Change (with Alan Lew).

Dr. Marina Novelli is Professor of Tourism and International Development and Academic Lead for the Responsible Futures Research and Enterprise Agenda at the University of Brighton (UK). As an internationally renowned expert, she has advised on projects funded by the World Bank, the EU, the UN, the Commonwealth Secretariat, National Ministries and Tourism Boards, Regional Development Agencies and NGOs in Sub-Saharan Africa, Europe and Asia. She recently contributed to a study on overtourism in the European Union funded by the European Parliament as teammember of a consortium. Her work has had a demonstrated impact far beyond tourism by contributing to more effective economic growth, improved environments and more inclusive societies.