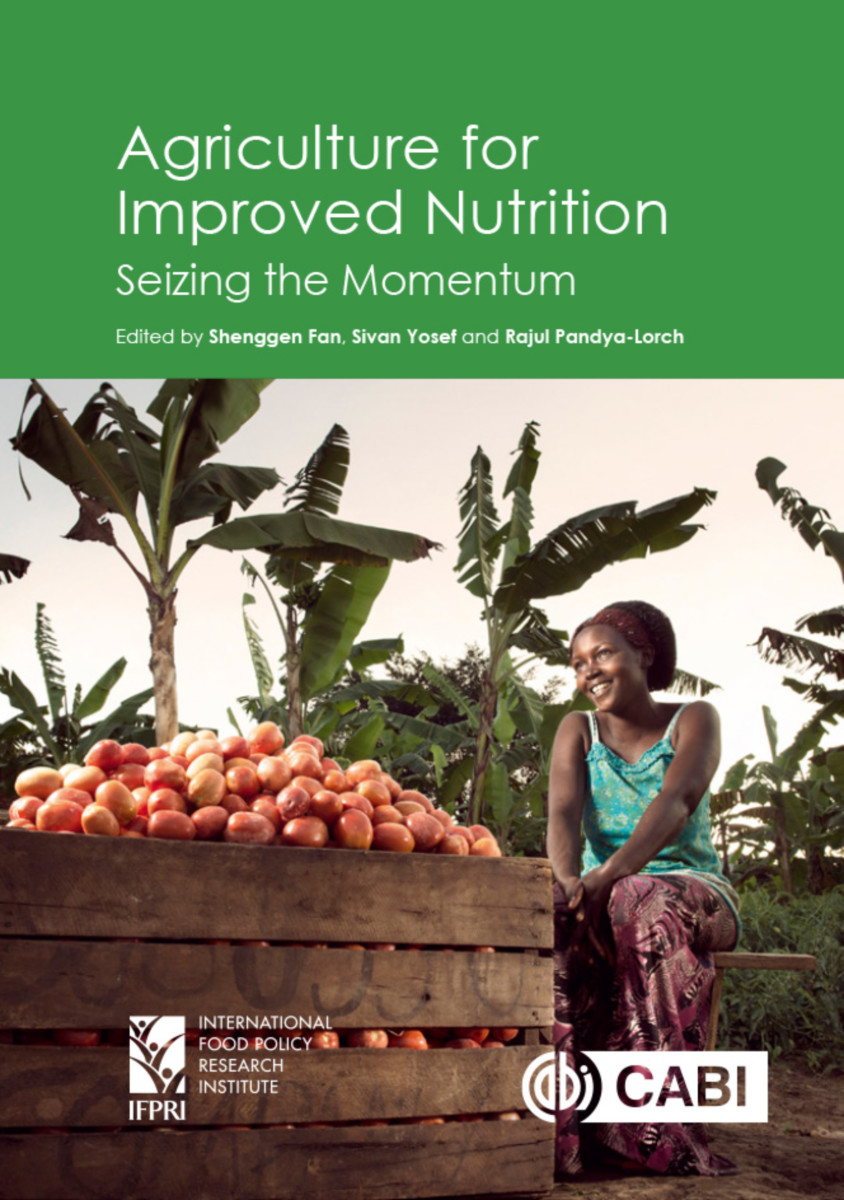 About 800 million people suffer from hunger, 2 billion from lack of micronutrients, and more than 2 billion from overweight and obesity. There is renewed interest in reshaping agricultural and food systems, at the global, regional and national levels, so that poor and vulnerable people have access to and are able to consume nutritious foods.

This book examines direct and indirect effects of agriculture on nutrition, following the agricultural value chain to explore this complex relationship, from biodiversity and crop fortification, to program evaluation, to the impact of agricultural policies on consumers’ choices and actions. It explores the role of various actors along the chain, including women and the private sector, and cross-cutting themes such as data and capacity building. Developing-country experiences and the knowledge and action gaps that remain in truly integrating agriculture and nutrition aims and related practices are considered.

Sivan Yosef is a senior program manager at IFPRI. She joined IFPRI in 2008 and works on special projects through the Director General's Office. These included 2020 Vision Initiative's global policy conferences, including "Leveraging Agriculture for Improving Nutrition and Health" (New Delhi 2011) and "Building Resilience for Food & Nutrition Security (Addis Ababa 2014). Other projects include the IFPRI 2013-2018 Strategy, Global Food Policy Reports, Transform Nutrition, LANSA, and the Knowledge for Implementation and Impact Initiative.