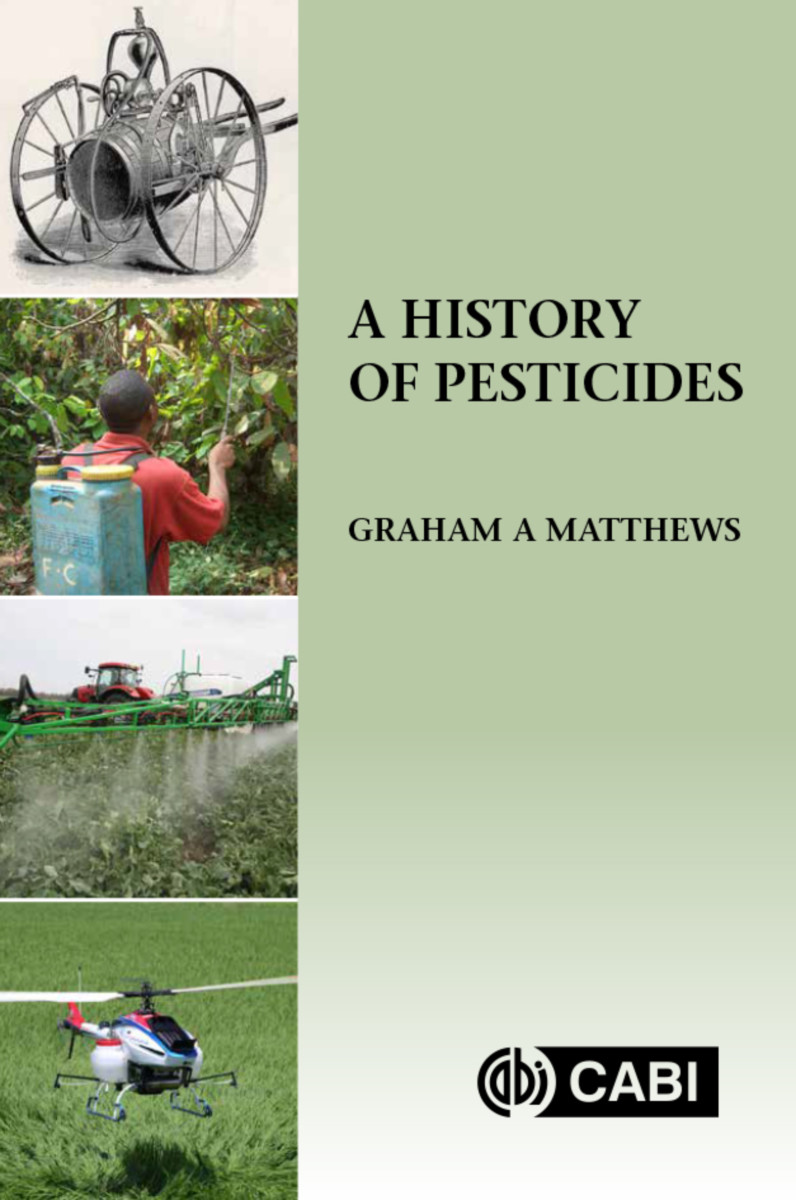 A History of Pesticides

In this fascinating book, Graham Matthews takes the reader through the history of the development and use of chemicals for control of pests, weeds, and vectors of disease.

Prior to 1900 only a few chemicals had been employed as pesticides but in the early 1940s, as the Second World War raged, the insecticide DDT and the herbicide 2-4-D were developed and they changed everything. Since then farmers have been using a growing list of insecticides, herbicides and fungicides to protect their crops. Their use has undoubtedly lead to significant gains in agricultural production and reduction in disease transmission, but also to major problems; health concerns for both users of pesticides and the general public, the emergence of resistance in pest populations, and environmental problems.

The book examines the development of legislation designed to control and restrict the use of pesticides, and the emergence of Integrated Pest Management (IPM) and the use of biological control agents as part of policy to protect the environment and encourage the sustainable use of pesticides.

Finally, the use of new technologies in pest control are discussed including the use of genetic modification, targeted pesticide application, and the use of drones, alongside basic requirements for IPM, including crop rotations, closed seasons and adoption of plant varieties with resistance to pests and diseases.

1: Pesticides in the early part of the 20th Century
2: Application of Pesticides
3: Insecticides 1950 onwards
4: Herbicides
5: Fungicides
6: Other pesticides
7: Resistance
8: Integrated Pest Management
9: Health Issues
10: Regulations and the manufacturers of pesticides and related organisations
11: Pesticides – The Future

Graham A. Matthews was a research entomologist in Africa from 1958 -1967 working on cotton in Southern Rhodesia (now Zimbabwe) and Nysasland. He joined Imperial College in 1967 but was seconded to Malawi from 1968-72. He has since been involved with cotton during visits to many countries in Africa, including Egypt, Sudan, Cote D’Ivoire, and to India, Pakistan, Uzbekistan, Turkmenistan, China and Australia. His research has been primarily on pesticide application technology, extending from agriculture to vector control.