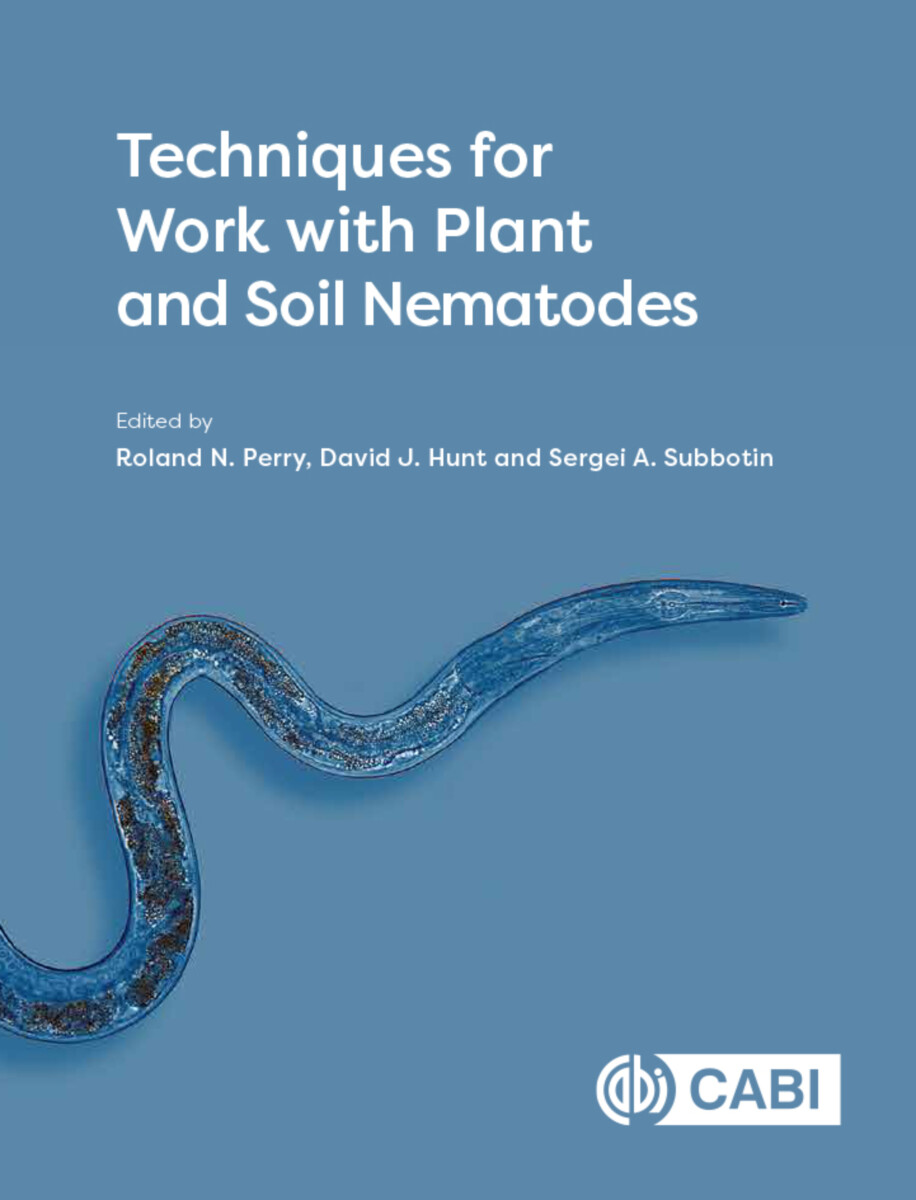 Techniques for Work with Plant and Soil Nematodes is an up-to-date, comprehensive book covering the practicalities of working with and studying soil and plant nematodes. Written by an international team of experts, this book is highly illustrated and provides thorough coverage of methods while allowing for relevant information to be located quickly. It includes the fundamental traditional techniques and new methodologies, covering: sampling; extraction; estimating numbers; handling, fixing, staining, mounting; culturing techniques; figure preparation, measurement and image processing; electron microscopy techniques; behavioral and physiological assays; and cytogenetic, biochemical and molecular biology techniques. This book is an essential resource for anyone involved in plant nematology needing to refer to a readily available methodology standard, including students of nematology and parasitology, university lecturers and researchers, diagnostic laboratories, and quarantine and advisory service personnel. It provides a much needed compendium of the spectrum of information needed to work with these microscopic organisms.

Dr. Sergei Subbotin obtained an MSc in Plant Protection in 1981 from the Moscow Agricultural Academy in Russia. In the same year, he joined the Plant Pathology Laboratory in the V. R. Williams All-Russian Fodder Research Institute, Moscow region, and later All-Russian Scientific Research Institute of Fundamental and Applied Parasitology of Animals and Plants named after K. I. Skryabin (former VIGIS), Moscow, where he was awarded a PhD in Helminthology (Nematology) in 1987. Dr. Subbotin has worked as a researcher in the Center of Parasitology of the A. N. Severtsov Institute of Ecology and Evolution (Moscow, Russia), Rothamsted Experimental Station (now Rothamsted Research, Harpenden, UK), Institute for Agricultural and Fisheries Research (ILVO, Merelbeke, Belgium), Julius Kühn-Institut (Münster, Germany), Department of Nematology, University of California (Riverside) and as a Visiting Professor in Ghent University, Belgium. Presently, he serves as Senior Nematologist in the Plant Pest Diagnostic Center, California Department of Food and Agriculture, Sacramento, California and has affiliation positions as Scientist in the Center of Parasitology, Russia and Associate Scientist in the University of California. Dr. Subbotin is one of the Founders and Chief Editors of the Russian Journal of Nematology. He has published more than 190 scientific articles in peer-reviewed journals on different aspects of molecular systematics and diagnostics of nematodes, and is the author of 22 book chapters. He is co-author of the two volume Systematics of Cyst Nematodes (Nematoda: Heteroderinae) (2010, Brill, The Netherlands), Systematics of the Sheath Nematodes of the Superfamily Hemicycliophoroidea (2014, Brill) and Entomoparasitic Nematodes of the order Tylenchida and Aphelenchida (2019, in Russian; KMK, Russia), and co-editor of the two volume Plant Parasitic Nematodes in Sustainable Agriculture of North America (2018, Springer, Germany). His research studies have focused on molecular systematics, diagnostics and phylogeography of nematodes.