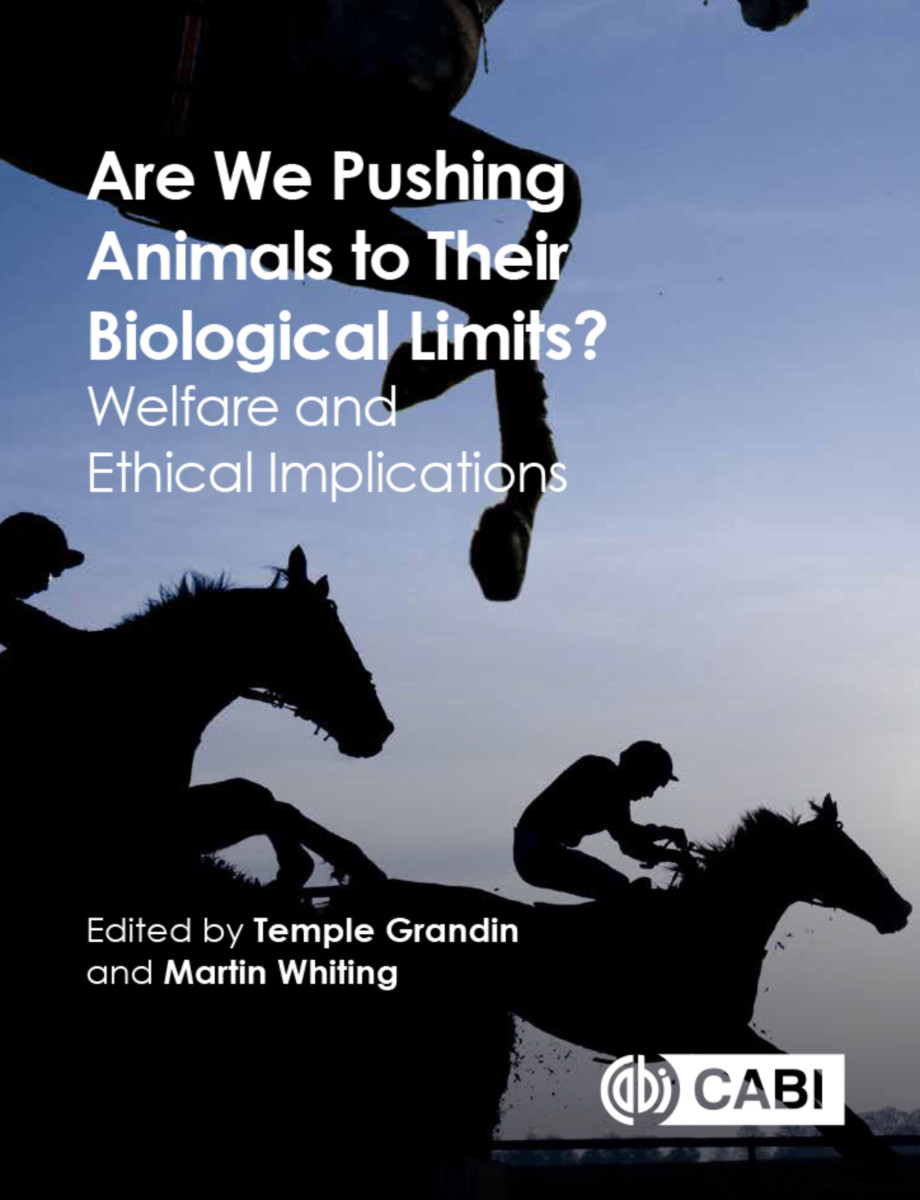 Are We Pushing Animals to Their Biological Limits?

This new text looks at the welfare problems and philosophical and ethical issues that are caused by changes made to an animal’s telos, behavior, and physiology (both positive and negative) to adapt them for human uses.

These changes may involve selective breeding for production, appearance traits, or competitive advantage in sport; transgenic animals; or the use of pharmaceuticals or hormones to enhance production or performance. Changes may impose duties to care for these animals further and more intensely, or they may make the animal more robust.

Considering a wide range of animals, including farm animals, companion animals, and laboratory animals, the book reviews the ethics and welfare issues of animals which have been adapted for sport, companions, toys, ornaments, food sources, weapons, and a whole host of other human functions. It will spark debate and is essential for all those involved in animal welfare and ethics, including veterinarians, animal scientists, animal welfare scientists, and ethologists.

1: Introduction: Use New Genetic Technologies and Animal Breeding Methods Carefully to Avoid Problems
2: Domestication to Dolly and beyond: a brief history of animal modification
3: Good for Whom? Differences between human and animal enhancement
4: Working equids: The welfare of those worked to their limit.
5: Genetics and Other Technologies for Increasing the Productivity of Cattle, Sheep and Pigs: Welfare Implications
6: Technologies for Increasing the Productivity of Poultry: Welfare Implications
7: Selective Breeding, Cloning, and Gene Editing of Dogs and Cats for Appearance and Performance Traits
8: Methods to Increase Fish Production: Welfare and Sustainability Implications
9: Welfare Concerns in Genetically Modified Laboratory Mice and Rats
10: Cloning, Editing and GMOs for Animal Enhancement
11: From Bionic Cat to Superdog – Ethical challenges of advanced prosthetic technology in veterinary medicine
12: Animal Welfare and the Brave New World of Modifying Animals
13: A Duty To The Enhanced, Not A Duty To Enhance: Welfare Responsibilities Associated With Domestication
14: Pressing Animals Beyond their Biological Limits
15: Concluding Animals Pushed to their Limits