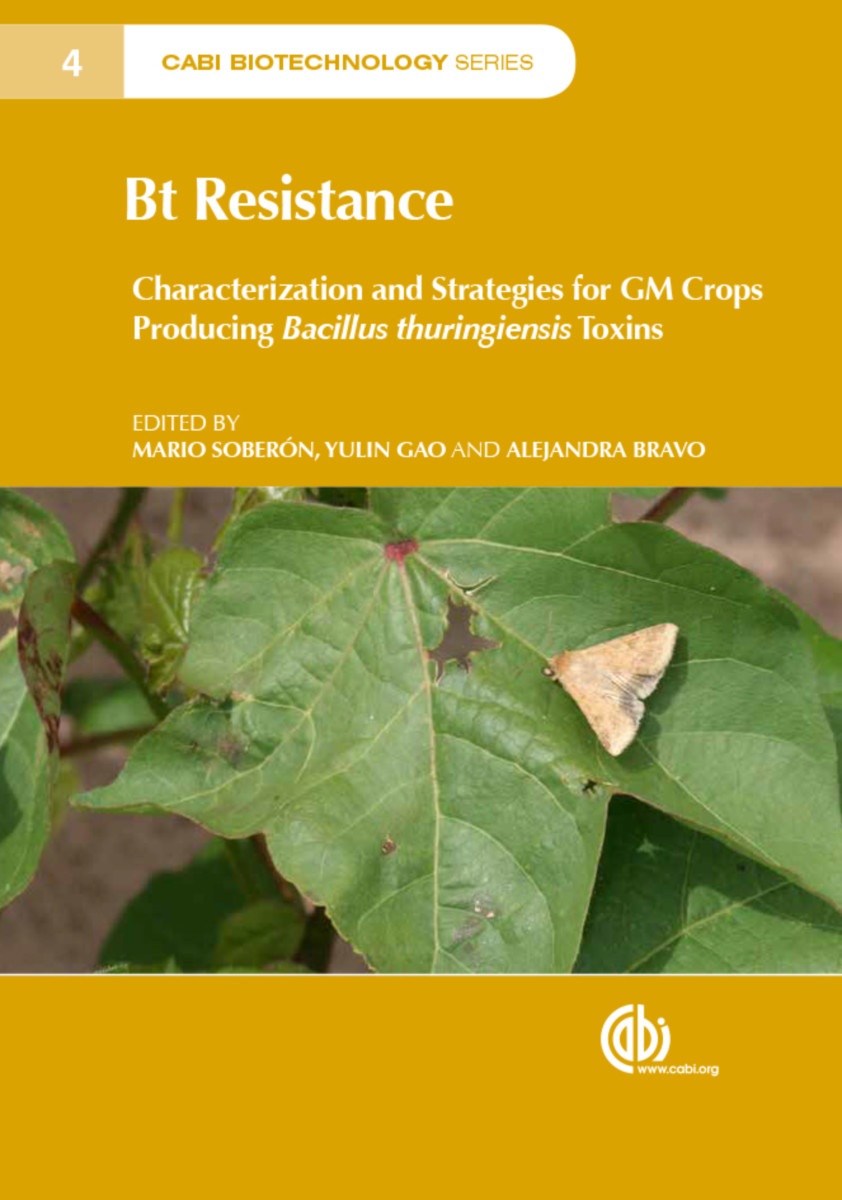 Bacillus thuringiensis (Bt) bacteria use Cry proteins to kill their insect larval hosts. The expression of certain Cry toxins in transgenic crops has been widely used to achieve efficient control of insect pests. This book describes the use of Bt crops and the emerging problem of resistance, recent progress in understanding the mechanism of action of Bt toxins, and different resistance mechanisms and strategies to cope with resistance in the field. It describes resistant insects found in the field in different countries, particularly in the developing world, and ways to counter resistance such as gene stalking, refuges, modified toxins and gene discovery of novel toxins with different mode of action.

Part 2: Mechanism of action of Bt toxins and different resistance mechanisms
Chapter 6: Different models of the mode of action of 3d-Cry toxins from Bacillus thuringiensis
Chapter 7: Roles of insect midgut cadherin in Bt intoxication and resistance.
Chapter 8: Mechanism of Cry1Ac resistance in cabbage looper -- A resistance mechanism selected in insect populations in agricultural environment.
Chapter 9: Roles of ABC proteins in the mechanism and management of Bt resistance
Chapter 10: The role of proteolysis in the biological activity of Bacillus thuringiensis insecticidal crystal proteins
Chapter 11: The lessons that Caenorhabditis elegans have taught us about mechanism of action of Crystal proteins

Yulin Gao is affiliated with the Chinese Academy of Agricultural Science.

Alejandra Bravo is with the Universidad Nacional Autónoma de México.