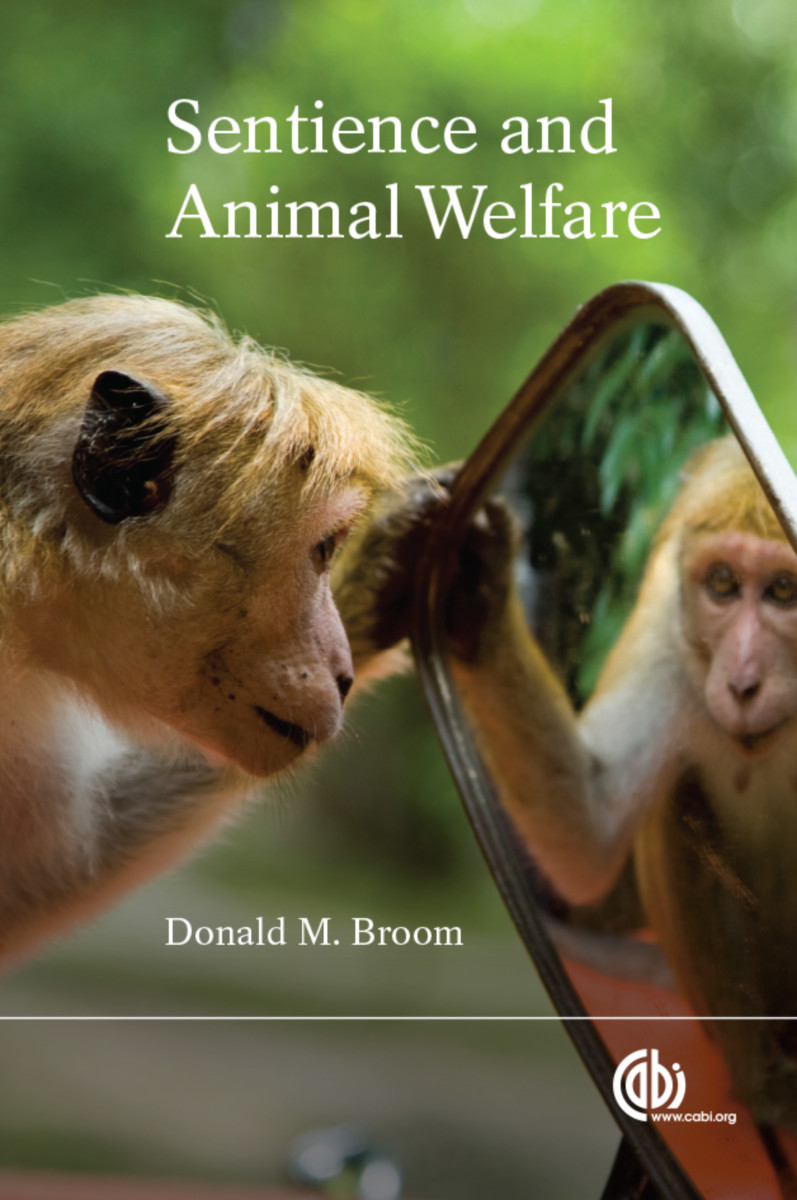 Beginning with an introduction to sentience, the book investigates why we are so interested in sentience, when humans became sentient, and how it has changed over time. The book defines aspects of sentience such as consciousness, memory and emotions, and discusses brain complexity in detail. Examining sentience from a developmental perspective, it analyzes when sentience appears and uses evidence from a range of studies investigating embryos, fetuses and young animals to form an enlightening overview of the subject.

"Broom (veterinary medicine, Univ. of Cambridge, UK) takes readers on a short, clear, authoritative journey through animal sentience and what it means in terms of how humans value and treat animals. He quickly outlines what sentience and ethics are, followed by a little history of people's views of animals. He discusses the four bases for animal sentience--cognition, affect, awareness (which he equates to consciousness), and motivation. He draws on wide, up-to-date coverage of research on these areas across the phyla, including cephalopods, fish, and crustaceans. Having set a foundation, Broom then discusses how these apply to animal welfare, in many cases using domesticated animals as examples and evaluating how physiological and behavioral measures can be used to study areas such as pain and wellness, including evaluating what is important to an animal. There is an interesting assessment of sentience across the life-span and when human and nonhuman animals should be protected. Broom ends by pointing out that public attitudes, as examples in the Canadian seal hunt and genetically modified animals, can change practice and feels that public education is the ultimate answer to good animal welfare. Summing Up: Highly Recommended."

Donald M. Broom is Emeritus Professor of Animal Welfare, Cambridge University, Department of Veterinary Medicine. He has developed concepts and methods of scientific assessment of animal welfare and studied: cognitive abilities of animals, the welfare of animals in relation to housing and transport, behavior problems, attitudes to animals, sustainable livestock production and ethics of animal usage. He has published over 300 refereed papers and books including: Stress and Animal Welfare (2000 Springer), The Evolution of Morality and Religion (2003 CUP), Domestic Animal Behaviour and Welfare, 5th edition (2015 CABI), and Sentience and Animal Welfare (2014 CABI).