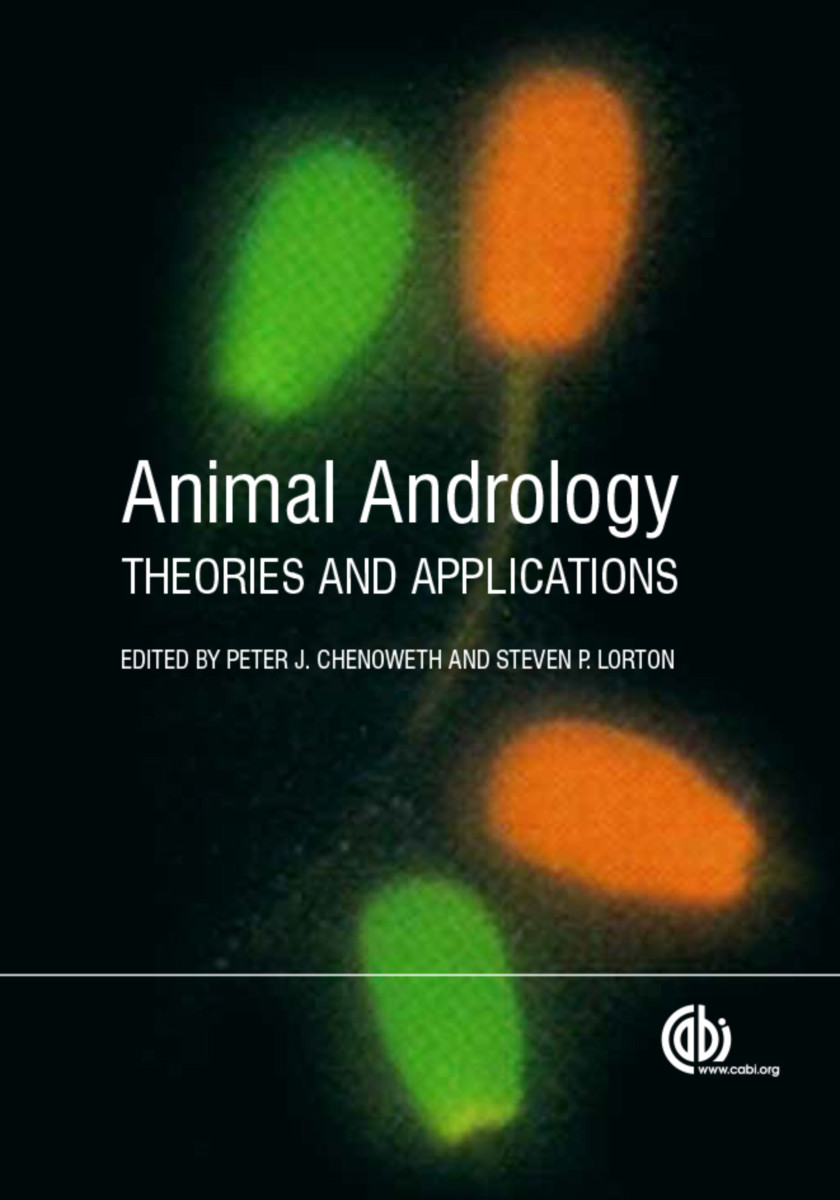 Understanding animal andrology is fundamental to optimizing genetic breeding traits in domestic and wild animals. This book provides extensive coverage of male reproductive biology, discussing the essentials of sperm production, harvest, and preservation before covering the applications to a range of animals including cattle, horses, pigs, small ruminants, camelids, cats and dogs, poultry, and exotic species. It also examines the laboratory procedures that provide the basis of general fertility research.

1) Semen and its Constituents.
2) Sperm Production and its Harvest.
3) Determinants of Sperm Morphology
4) Sperm Preparation for Fertilisation
5) Fundamental and Practical Aspects of Semen Cryopreservation
6) Evaluation of Semen in the Andrology Laboratory. (+appendix)
7) Genetic Aspects of Male Reproduction

Peter J. Chenoweth has Veterinary and PhD degrees from Australia, and also Australian and US specialty qualifications in animal reproduction. He has taught in veterinary schools in both countries, including as the inaugural Coleman Chair in Food Animal Preventive Medicine at Kansas State University and the inaugural Professor of Theriogenology at Charles Sturt University, Australia. He has numerous publications in animal reproduction, particularly on male aspects, and a number of texts including Animal Andrology: Theories and Practices (2014 CABI). He co-founded the Association for Applied Animal Andrology, was recognized as Theriogenologist of the Year in 2013 and received the Gilruth Prize from the Australian Veterinary Association in 2017 for “outstanding contributions to veterinary sciences."