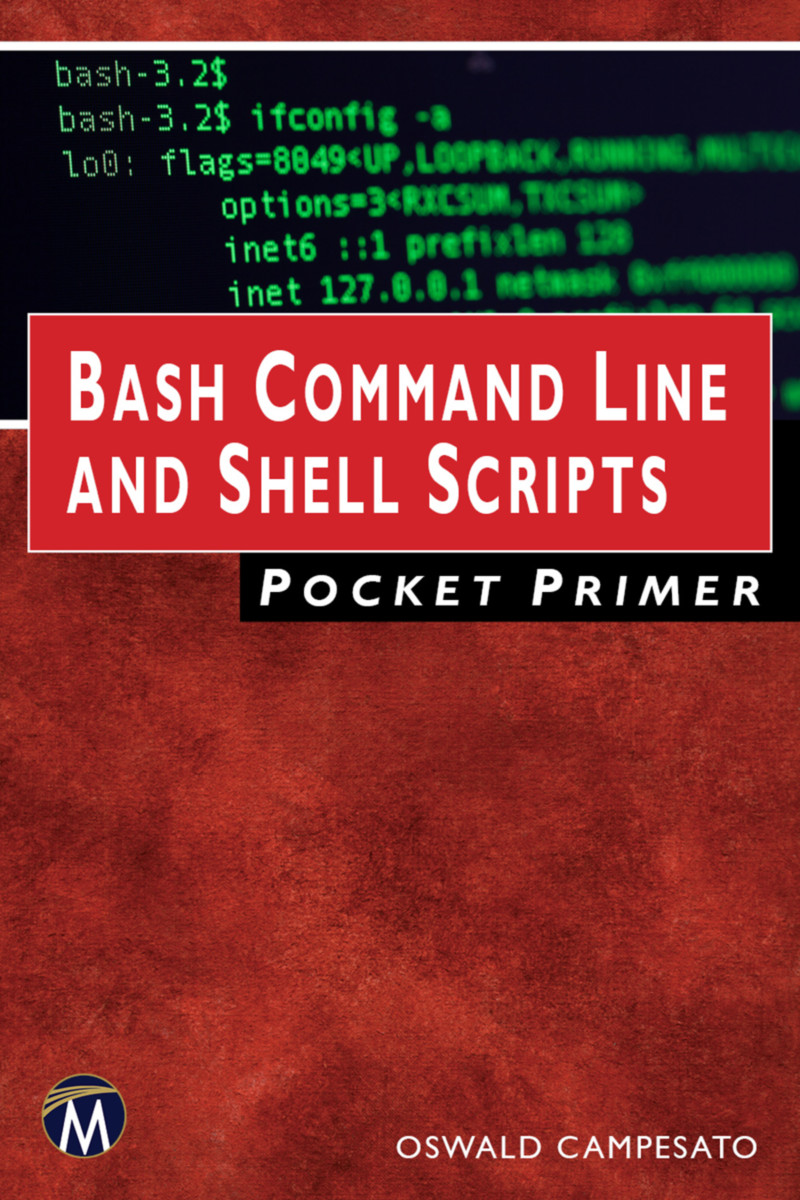 As part of the best-selling Pocket Primer series, this book is designed to introduce readers to an assortment of useful command-line utilities that can be combined to create simple, yet powerful shell scripts. While all examples and scripts use the “bash” command set, many of the concepts translate into other command shells (such as sh, ksh, zsh, and csh), including the concept of piping data between commands and the highly versatile sed and awk commands. Aimed at a reader relatively new to working in a bash environment, the book is comprehensive enough to be a good reference and teach a few new techniques to those who already have some experience with creating shell scripts. It contains a variety of code fragments and shell scripts for data scientists, data analysts, and other people who want shell-based solutions to “clean” various types of text files. In addition, the concepts and code samples in this book are useful for people who want to simplify routine tasks. Includes companion files with all of the source code examples (download from the publisher by writing to info@merclearning.com).

"Oswald Campesato's BASH Command Line and Shell Scripts Pocket Primer joins others in the 'Pocket Primer' series, covering the basics of command-line utilities that can produce effective shell scripts. Programmers relatively new to this concept as well as those seeking a refresher course will find this introduction to shell scripts key to contrasting approaches to data analysis and shell-based problem-solving."

Oswald Campesato (San Francisco, CA) is an adjunct instructor at UC-Santa Clara and specializes in Deep Learning, Java, Android, TensorFlow, and NLP. He is the author/co-author of over twenty-five books including TensorFlow 2 Pocket Primer, Python 3 for Machine Learning, and the NLP Using R Pocket Primer (all Mercury Learning and Information).