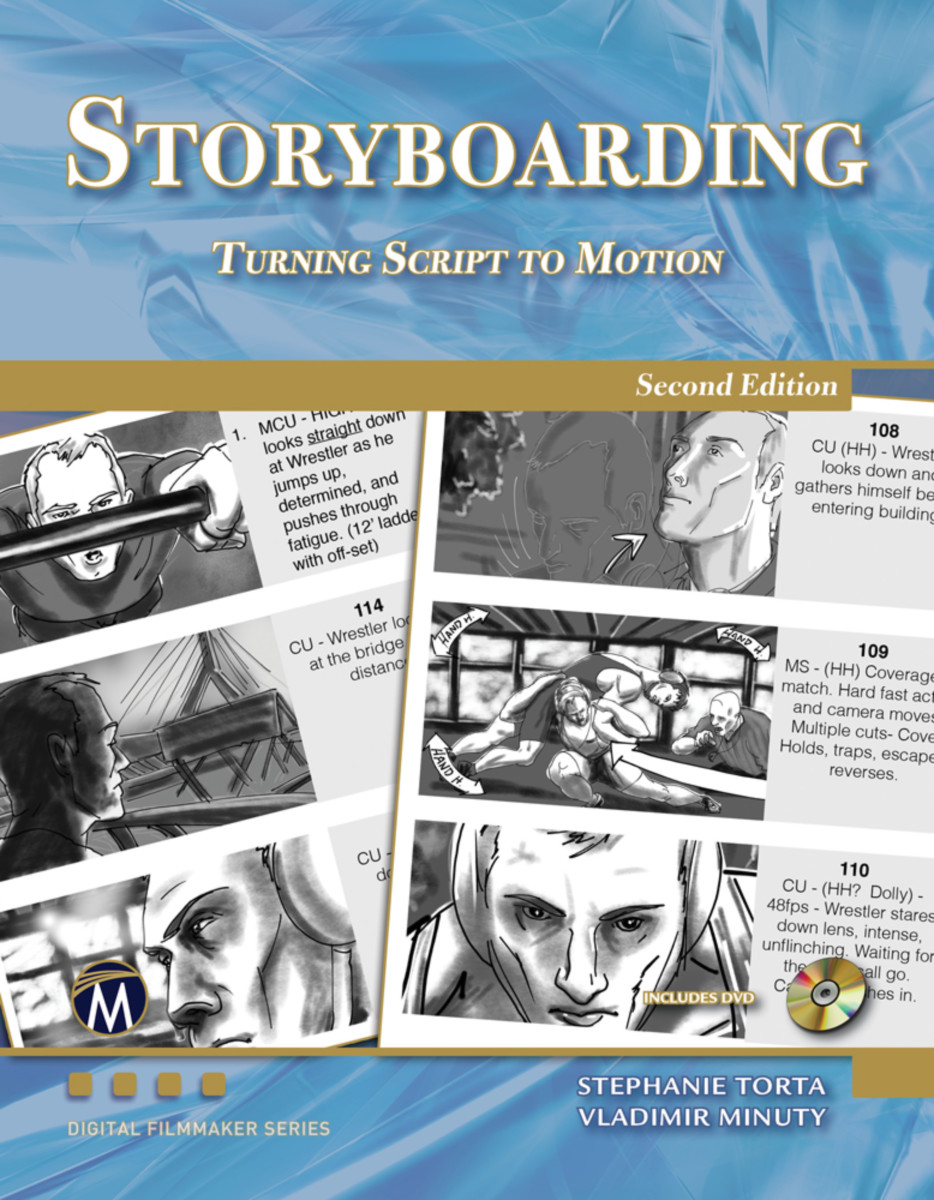 This revised text is designed to demonstrate the process of converting static images to an effective animation of characters and effects. Unlike many of its competitors, Storyboarding uses the accompanying DVD to show the storyboards in conjunction with a final short film and script. Material on game scripting, Motion Graphics, and Web comics has been added. The text and tutorial disc take an in-depth view on the step-by-step process for developing characters, scenes, and camera angles through the full production of a finished project. The book includes numerous techniques for analyzing scripts, provides a comprehensive look at the various types of storyboards, and covers methods used in both film-making and video game storyboards.

• Uses the companion DVD with an original short film, Overtime, to demonstrate the storyboards in conjunction with the script
• Includes video game, motion graphic, animatic, motion comic, and e-learning storyboards with selected sample projects
• Loaded with projects, figures, tips, and interviews that offer practical advice
• Includes in-text commentaries on the storyboards by both the director and artist
• Includes a comprehensive glossary of key terms used in the film industry

Stephanie Torta is a Senior Media Developer and an accomplished graphic designer, videographer, and photographer with over twenty years’ experience including teaching graphic design at Boston University and Emerson College.

Vladimir Minuty is a filmmaker and storyboard artist who has worked in the film industry for the past seventeen years as an assistant director on feature films, commercials, and music videos as well as working in the locations and art departments.