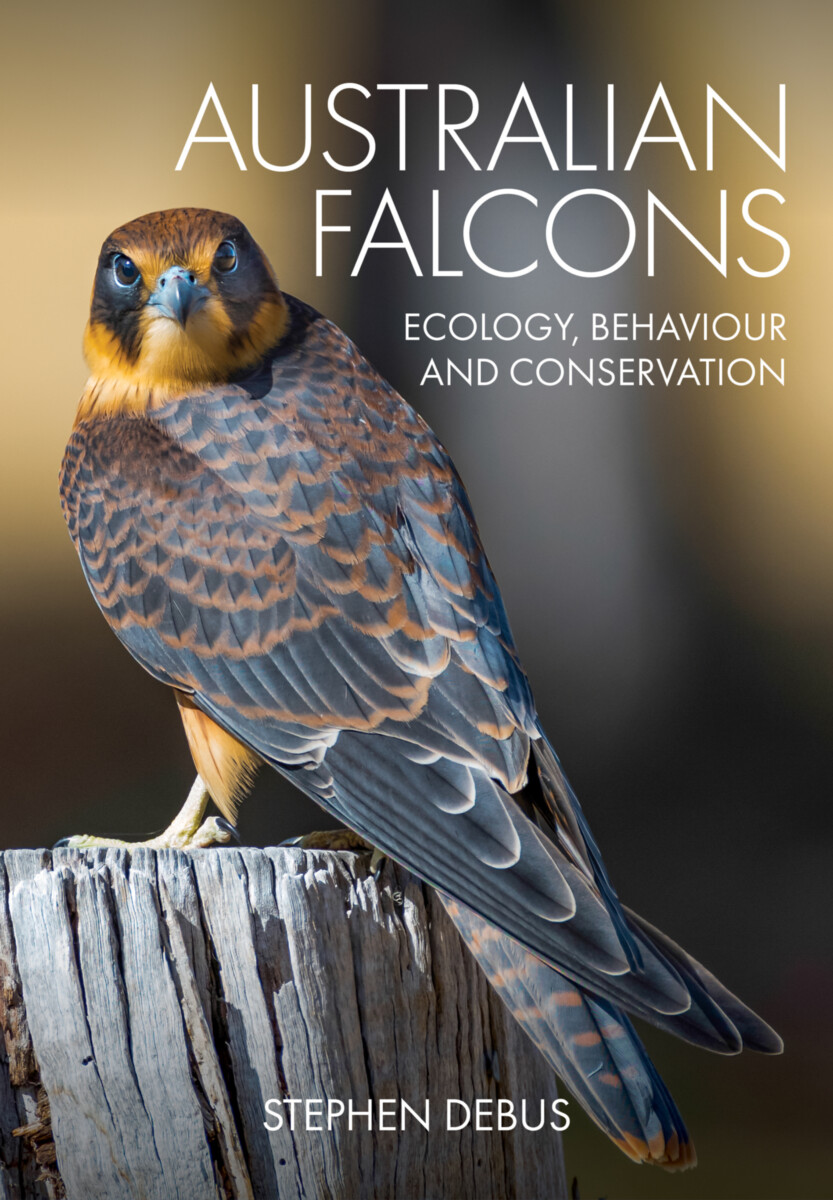 Falcons are stunning and iconic birds. Australia has six falcon species, with two endemic to the continent and two others endemic to the Australasian region. They are important indicators of the health of our ecosystems, due to their position at the top of the food chain. But several species are declining, with two species threatened in some states.

In Australian Falcons: Ecology, Behaviour and Conservation, Dr. Stephen Debus provides a 30-year update of knowledge on these six species, as well as a falcon-like hawk, the Black-shouldered Kite. This book is based partly on the author’s field studies, as well as being a supplement to the Handbook of Australian, New Zealand and Antarctic Birds (HANZAB) and recent global treatises. It offers up-to-date information on the Australian species, including their behaviors, ecology, and biology. It reviews their population status and threats, and suggests what needs to be done to ensure the future of these spectacular birds.

Dr. Stephen Debus has studied Australia’s raptors, including falcons, for over 40 years. He is an honorary research associate in zoology at the University of New England. He is the author of Australasian Eagles and Eagle-like Birds, Australian Birds of Prey in Flight, Birds of Prey of Australia, and was awarded BirdLife Australia’s D.L. Serventy Medal for ornithological publication.