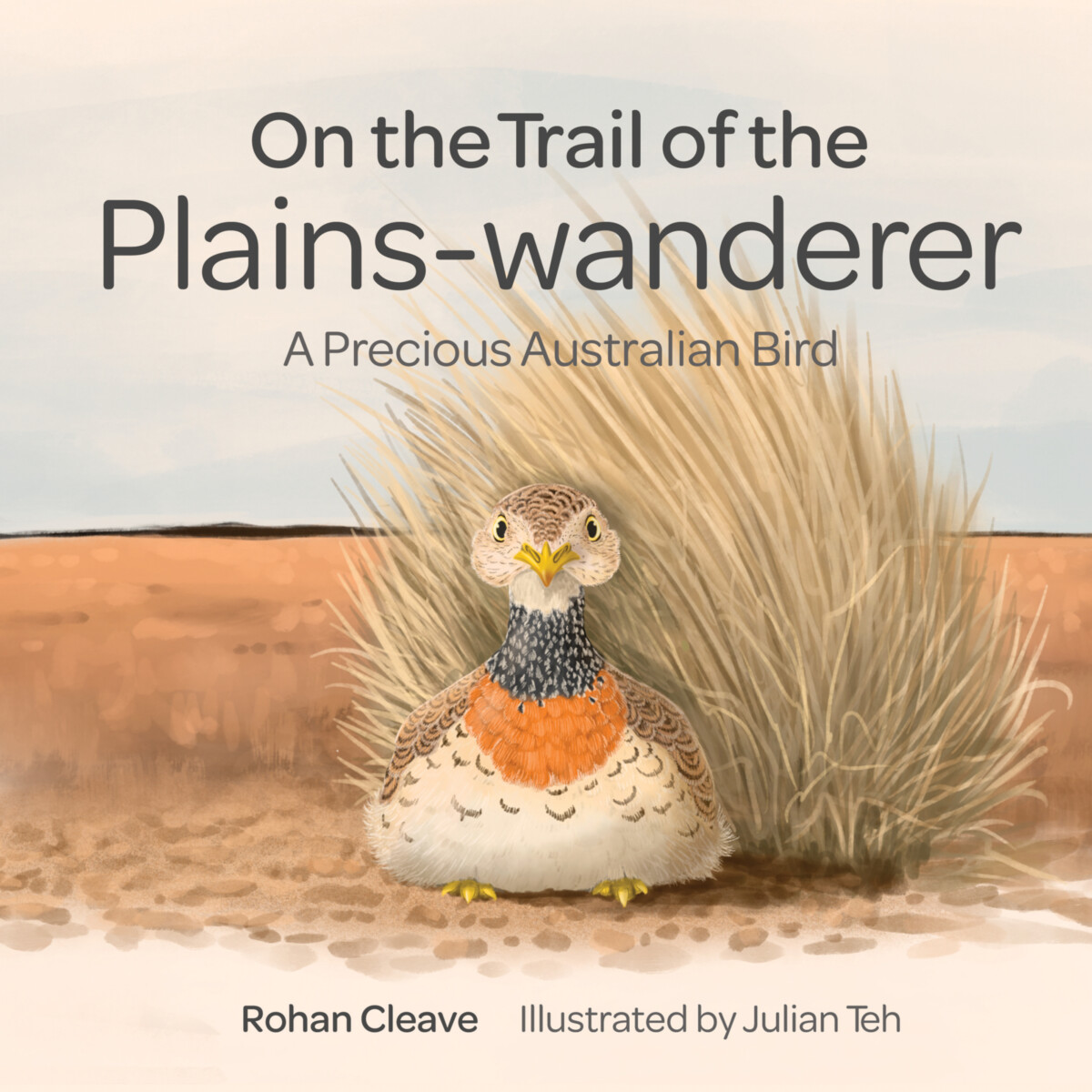 On the Trail of the Plains-wanderer

The Plains-wanderer is unlike any other bird on Earth – it's one of a kind!

On the Trail of the Plains-wanderer tells the true story of one of Australia's most critically endangered bird species. This unique, quirky and precious bird faces many threats, but continues to survive against the odds. Discover more about this fascinating bird and see how people are providing hope for their future.

Reading level varies from child to child, but we recommend this book for ages 5 to 9.

Rohan Cleave is a zookeeper at Zoos Victoria. His books include Phasmid, Bouncing Back, and On the Trail of the Plains-wanderer. He has received CBCA Shortlist and Notable listings, a Wilderness Society's Environment Award for Children's Literature and a RZSNSW Whitley Award for Children's Natural History Book.

Julian Teh is a Canberra-based scientific illustrator. Fuelled by a lifelong passion for birds, he uses his paintings to tell the stories of his birding experiences.