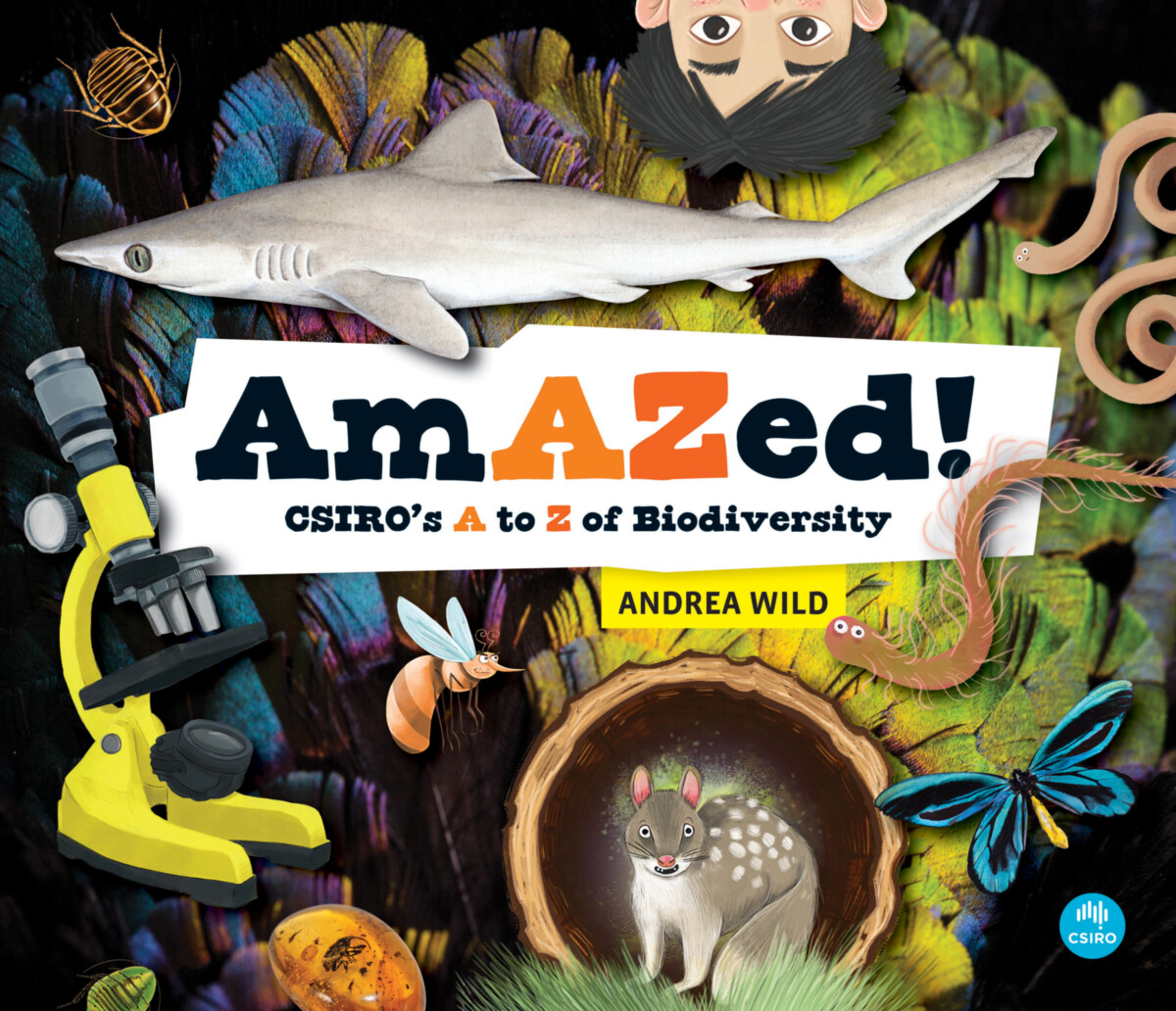 Prepare to be AmAZed! on this wild ride through Australia’s biodiversity from A to Z!

Go on an amazing scientific journey through 100 topics inspired by the specimens and stories from CSIRO’s National Research Collections Australia. This book is filled with fabulous facts about plants, animals, microbes and the scientists who study them.

Find out how new species get their names and discover an orchid that grows underground, identify a fly that looks like a bee, and explore strange fish that live in the deep sea.

AmAZed! CSIRO’s A to Z of Biodiversity covers Australia’s natural wonders and impressive discoveries for each letter of the alphabet, accompanied by engaging photos and illustrations. Get ready to encounter the Lost Shark, the phenomena of sea sparkle and zombie worms!

Andrea Wild is a science writer at CSIRO. She works with the National Research Collections Australia, home to more than 15 million natural-history specimens, from tiny mosquitoes to huge sharks. Andrea’s work helps publicize the scientists’ important work. She has two sons, one who loves nature and one who loves experiments.