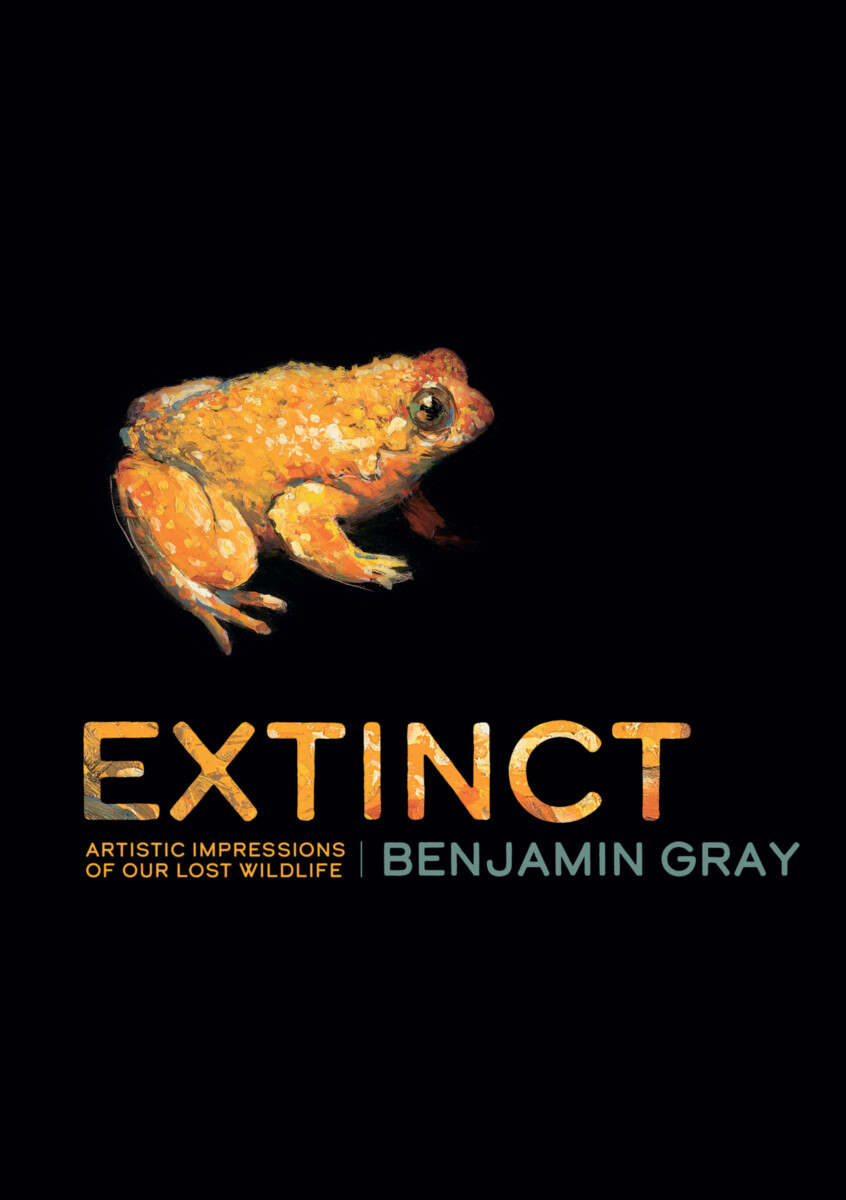 Artistic Impressions of Our Lost Wildlife

Showcases stunning artwork and stories of Australian animals that have been lost to extinction.

Australia is home to an incredible diversity of native animals. While Australian animals are among the most unique in the world, they are also among the most endangered, with hundreds currently on the brink of extinction. We must act quickly if we are to save these species, as once gone, they are gone forever.

Extinct is a collection of artworks from established and emerging Australian fine artists, each depicting an Australian animal that has already, for various reasons, tumbled over the edge into extinction. Extinct laments their loss, but also celebrates their former existence, diversity and significance. The stunning artworks are accompanied by stories of each animal, highlighting the importance of what we have lost, so that we appreciate what we have not lost yet.

"I am devastated that I will never see a Gastric Brooding Frog give birth through her mouth or a Big Eared Hopping Mouse disappear into the distance. I will never hear the call of a Christmas Island Pipistrelle pierce the night or the roar of a Thylacinus. With whimsical portraits and sober words, Dr. Benjamin Gray reminds us of what we have already lost and implores us to keep fighting for all our unique creatures – be they small, brown or hopping."

Benjamin Gray is an ecologist and historian whose work aims to explore the ethical and emotional significance of extinction, interactions between human and non-human animals in modern society, and the serious social, economic and environmental consequences of global biodiversity loss. He is a self-taught artist and keen follower of the Arts in Australia and internationally.