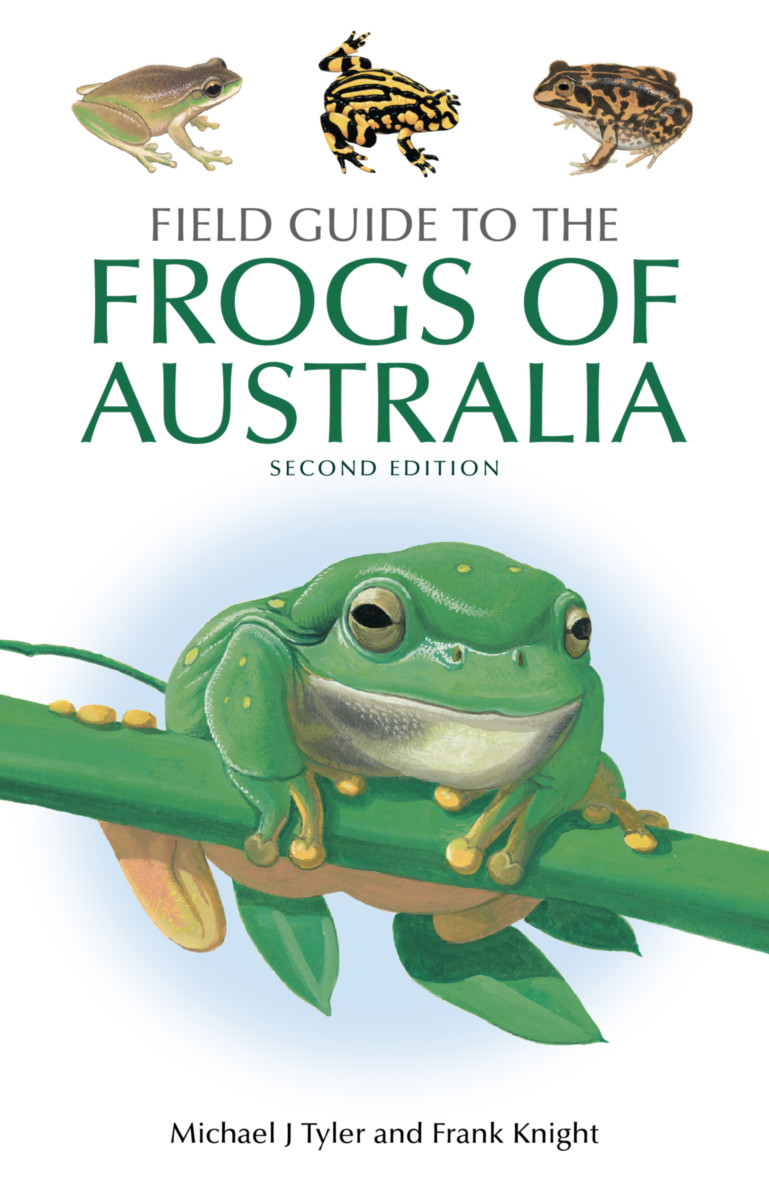 Throughout much of the world, frog populations are declining, with the survival of many species under threat. In Australia, several species have become extinct in the past 35 years.

This second edition of Field Guide to the Frogs of Australia provides fully updated accounts of all the known frogs of Australia. There are 248 species within the five native frog families: Hylidae, Limnodynastidae, Microhylidae, Myobatrachidae and Ranidae. Also included are the introduced Cane Toad and nine "stowaway" species that have arrived in Australia.

Each species account includes details of size, status, distribution, habitat, behavior and advertisement call. Species are beautifully illustrated with full-color paintings and distribution maps are also included. Closely related frogs are shown in identical poses so that comparisons can be made readily. The introductory section of the book covers frog biology and habitats and includes notes on families and genera.

Frank Knight spent 25 years at CSIRO’s Division of Wildlife Research illustrating books and scientific papers. He won a CSIRO Overseas Study Award in 1980, visiting artists and illustrators in Europe, UK, USA and Canada. He left the organization in 1991 to illustrate the best-selling Field Guide to the Birds of Australia. Since then he has illustrated a series of field guides including Parrots of the World: An Identification Guide with text by Joseph Forshaw. Field Guide to the Frogs of Australia is his most recent work.