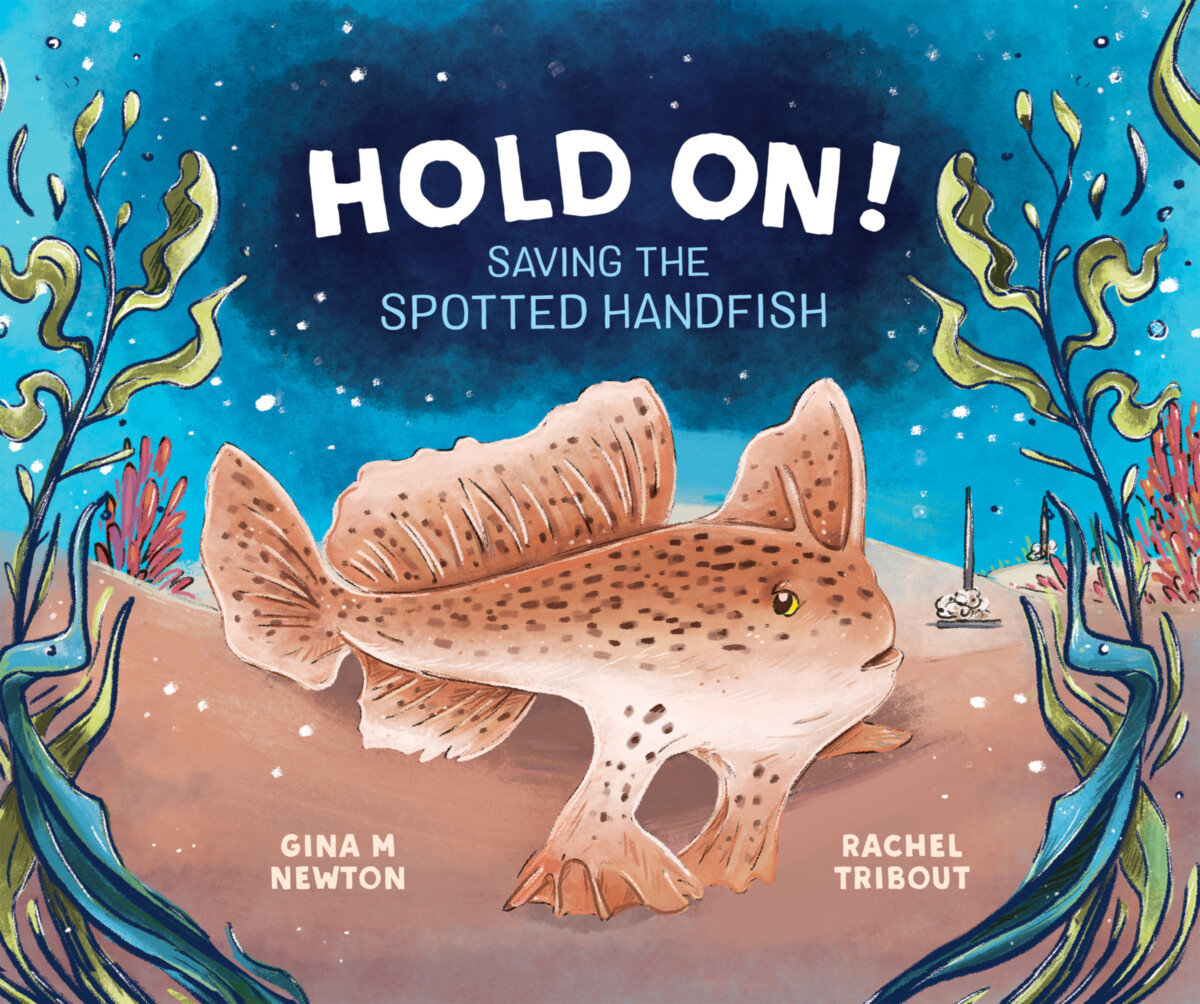 Have you ever seen a fish that could do a handstand?

This is the story of a quirky and primitive little fish that is famous for two things: walking on its "hands" (pectoral fins), and being the first marine fish anywhere in the world to be listed on the IUCN Red List of Threatened Species. The Spotted Handfish has survived since the time of the dinosaurs – until now. Invasive seastars, pollution and climate change mean that this unique Australian is in real trouble – raise your hand if you want to know more!

Hold On! Saving the Spotted Handfish is perfect for primary aged readers.

"Hold On!: Saving the Spotted Handfish is a Marine environment story, narrated by a handfish, and showcasing handfish biology and ecology, including to environmental threats and their conservation plight, as well as how science is stepping in to save the day. Of special note is the inclusion of a Fact File section and a Glossary, making Hold On!: Saving the Spotted Handfish especially recommended for elementary school and community library collections for children ages 8-12."

Gina M. Newton is a science communicator and award-winning author. She received the Children’s Book Council of Australia Eve Pownall Award and a Whitley Certificate of Commendation for her book Amazing Animals of Australian National Parks, and is a past National President of the Australian Marine Sciences Association.

Rachel Tribout is an illustrator and graphic designer based in Tasmania. She is a member of the Society of Children’s Book Writers and Illustrators.