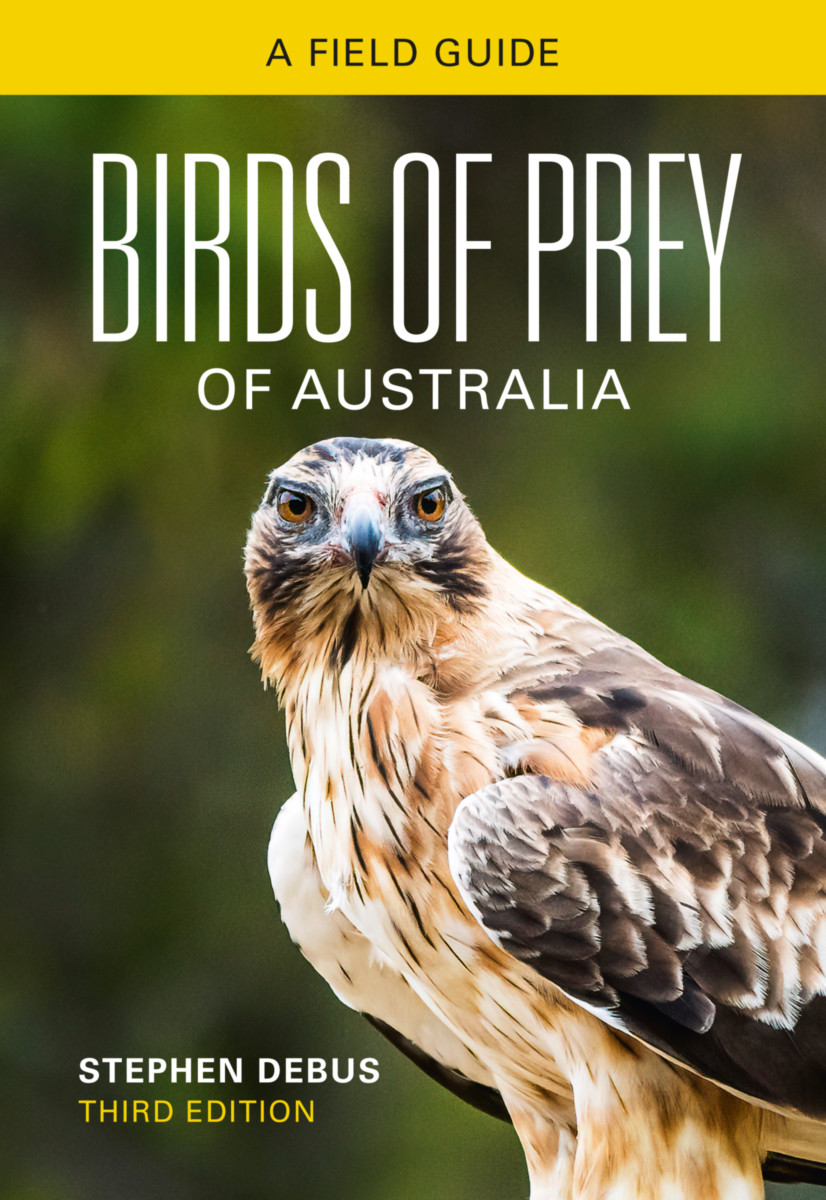 Birds of Prey of Australia Edition 3

Raptors are popular and iconic birds, and are important ecologically, with some species listed as threatened. Yet they are among the most difficult birds to identify. This fully updated third edition of the popular and award-winning field guide Birds of Prey of Australia contains two sections: a field guide with distribution maps, detailed illustrations and information on identification; and a handbook which includes an overview of the current knowledge about raptors, including their biology, ecology and behavior. An illustrated section on difficult-to-distinguish species pairs is also included, along with new photographs.

Stephen Debus has studied or observed all 24 of Australia’s resident raptor species during the past 40 years, almost half of them intensively and some over many years. Awarded BirdLife Australia’s D.L. Serventy Medal for ornithological publication, his many works include the definitive field guide to this difficult group of birds.

Other books by Stephen Debus include Australian Birds of Prey in Flight (co-author, 2019) and Australasian Eagles and Eagle-like Birds (2017).