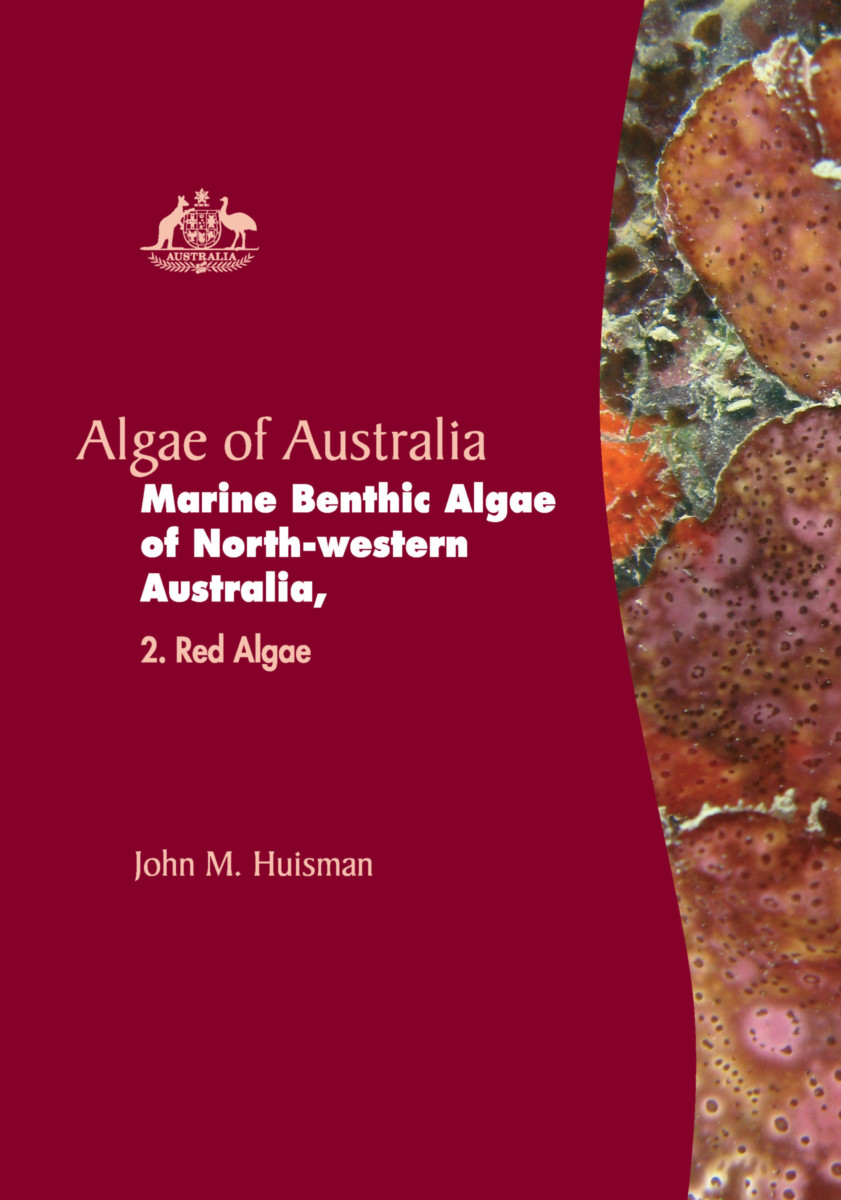 Marine plants, or seaweeds, are unjustly perceived as one of the least charismatic groups of marine organisms. In truth they include many spectacular and attractive species; moreover, they comprise a vital component of coastal ecosystems, providing food and shelter for marine animals as well as contributing significantly to regional biodiversity. For over a decade, Dr John Huisman, in collaboration with students and colleagues, has collected and studied the marine plants of Australia’s vast and remote north-west coast, these activities uncovering numerous undescribed genera and species and resulting in a manifold increase in the known flora. His accounts of the marine algae are presented in two volumes of the Algae of Australia series; this part, describing the red algae, follows an earlier volume (2015) describing the green and brown algae.

Although not as conspicuous as the larger brown algae, the red algae are typically more diverse, with the number of species in any location more than twice that of the green and brown algae combined. This volume is an authoritative floristic account of the marine red algae of north-western Australia and includes 158 genera and 351 species, with 7 genera and 88 species newly described.

Each taxonomic level, from division to species, is fully described, incorporating current nomenclature, morphology, keys, and numerous figures, many in color. These two volumes represent the first detailed accounts of the marine plants of tropical Western Australia and document numerous taxa newly recorded for the region.

• An authoritative account of the marine red algae of north-western Australia, covering 158 genera and 351 species
• Detailed descriptions that include morphology, diagnostic keys and are illustrated with multiple photographs
• Newest volume in the Algae of Australia series, co-published by CSIRO Publishing and the Australian Biological Resources Study (ABRS)

View the full table of contents.