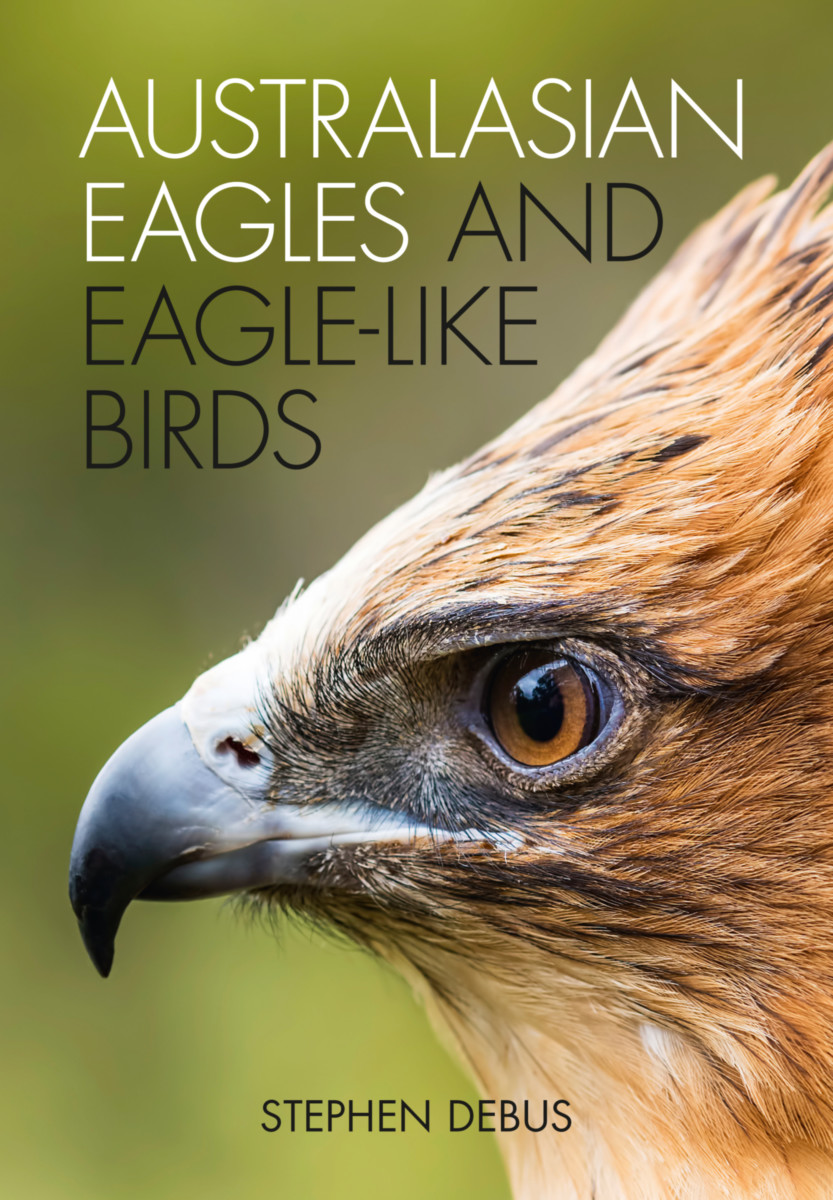 Eagles are awe-inspiring birds that have influenced much human endeavor. Australia is home to three eagle species, and in Melanesia there are four additional endemic species. A further three large Australian hawks are eagle-like. Eagles, being at the top of the food chain, are sensitive ecological barometers of human impact on the Earth’s ecosystem services, and all of the six Australian species covered in this book are threatened in at least some states (one also nationally). Three of the four Melanesian tropical forest endemics are threatened or near-threatened.

In Australasian Eagles and Eagle-like Birds, Dr Stephen Debus provides a 25-year update of knowledge on these 10 species as a supplement to the Handbook of Australian, New Zealand and Antarctic Birds (HANZAB) and recent global treatises, based partly on his own field studies. Included are the first nest or prey records for some Melanesian species. This book places the Australasian species in their regional and global context, reviews their population status and threats, provides new information on their ecology, and suggests what needs to be done in order to ensure the future of these magnificent birds.

Stephen Debus has studied or observed all 24 of Australia’s resident raptor species during the past 40 years, almost half of them intensively and some over many years. Awarded BirdLife Australia’s D.L. Serventy Medal for ornithological publication, his many works include the definitive field guide to this difficult group of birds.

Other books by Stephen Debus include Australian Birds of Prey in Flight (co-author, 2019) and Australasian Eagles and Eagle-like Birds (2017).