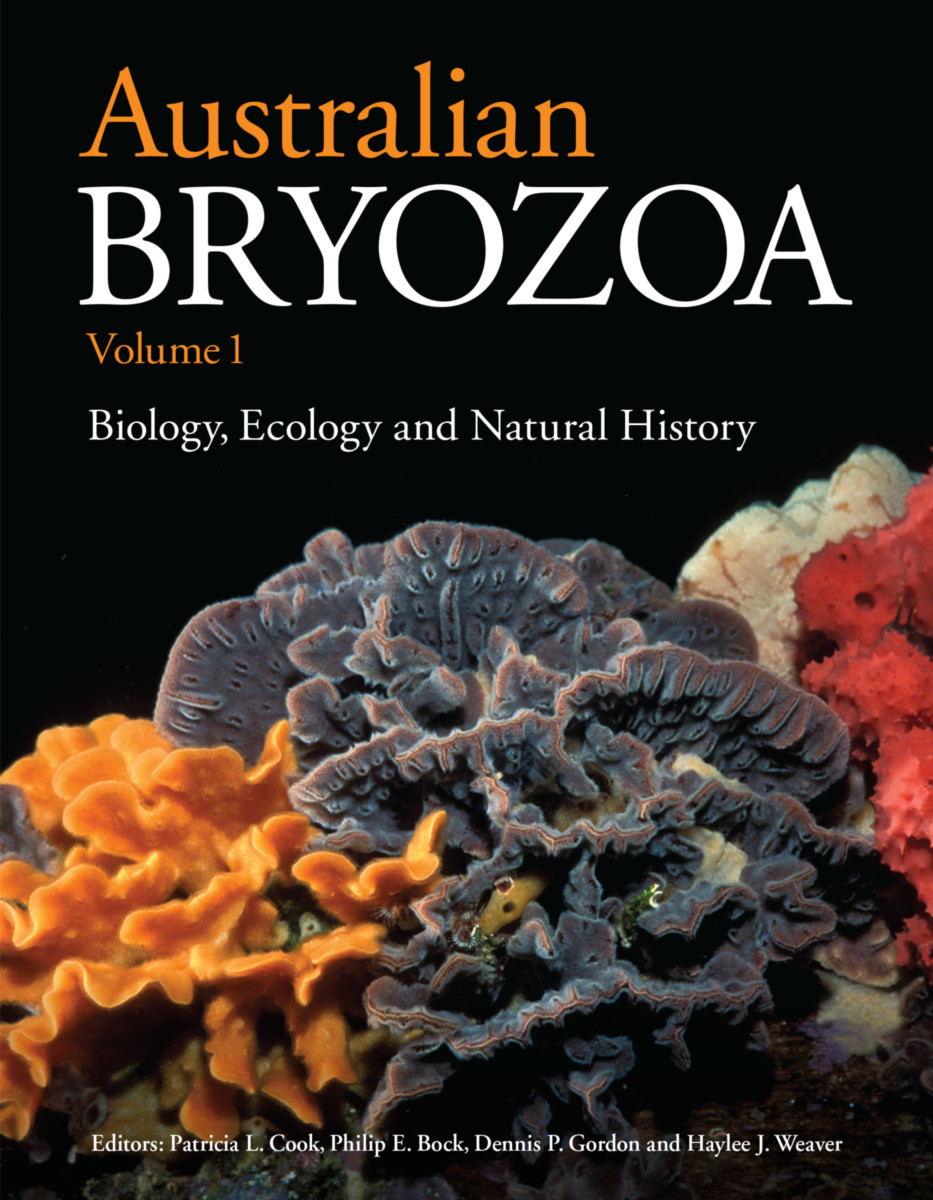 Bryozoans are aquatic animals that form colonies of connected individuals. They take a variety of forms: some are bushy and moss-like, some are flat and encrusting and others resemble lace. Bryozoans are mostly marine, with species found in all oceans from sublittoral to abyssal depths, but freshwater species also exist. Some bryozoans are of concern as marine-fouling organisms and invasive species, while others show promise as sources of anticancer, antiviral and antifouling substances.

Written by experts in the field, Australian Bryozoa Volume 1: Biology, Ecology and Natural History is the first of two volumes describing Australia’s 1200 known species of bryozoans, the richest diversity of bryozoans of any country in the world. It contains chapters on the discovery of bryozoans, their morphology, classification and fossil history, their roles in biosecurity and marine benthic environments, and potential uses in biotechnology and ocean acidification. It provides an authoritative reference for biology students, academics and others interested in marine biology.

Volume 2 contains detailed taxonomic data and illustrated family-level treatments, which can be used to identify specimens.

Patricia Cook was born in England, and worked at the London Natural History Museum until retiring in 1986. After retirement she came to Australia to continue her work on bryozoan systematics. She has written or co-authored about 100 papers. She was instrumental in establishing the International Bryozoology Association, of which she was secretary for many years. Pat died aged 88 in late 2015.

Philip Bock has been a geologist, lecturing at RMIT until retiring in 1997. His enthusiasm for bryozoans arose after mapping the geology of south-western Victoria. He is an Honorary Associate at Museums Victoria, and created the “Bryozoan Home Page” website in 1994. He also is an editor for the World Register of Marine Species.

Dennis Gordon is an Emeritus Researcher at the National Institute of Water & Atmospheric Research (NIWA) in Wellington, New Zealand. He is a global authority on the biology and systematics of bryozoa but has an interest in all life, and served on the international project team of the Catalogue of Life.

Haylee Weaver is the fauna taxonomist at the Australian Biological Resources Study (ABRS). She is a parasitologist who has written extensively on the ecology of parasites of Australian rodents. Haylee edits fauna books for ABRS and has developed an interest in bryozoan taxonomy.