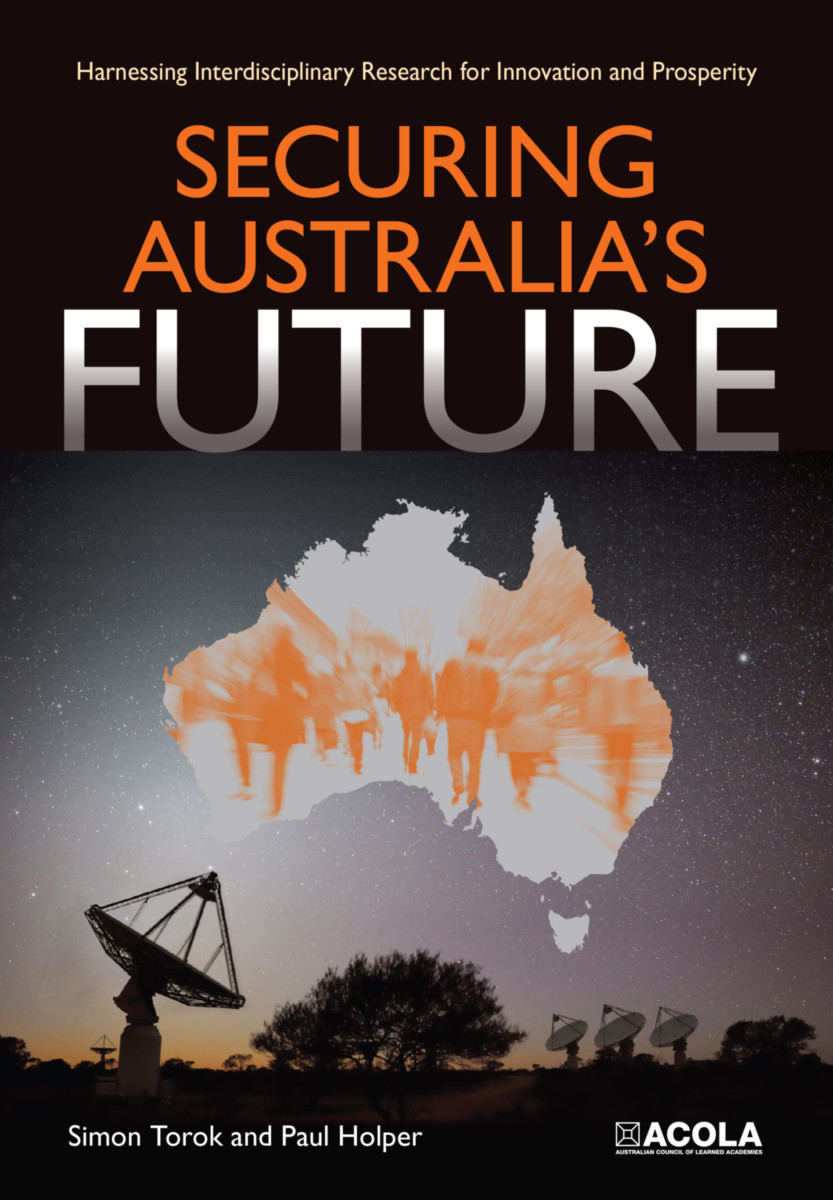 The future will bring change for Australia. But whether that change is for the better or worse largely depends on the decisions we make today as individuals and as a nation. Recognizing rapid changes in the global economy, environment and policy, the Australian Government engaged the Australian Council of Learned Academies (ACOLA) to undertake detailed interdisciplinary research to help guide Australian thinking and policy decisions. Dozens of Australia’s finest minds assessed the opportunities available to us globally and domestically, charting a course for the future. The resulting findings can prepare Australia to address the challenges ahead and make the most of the opportunities.

Securing Australia’s Future synthesizes the major themes that emerge from ACOLA’s reports. The chapters examine Australia’s strengths, education, productivity and innovation, engagement with Asia, energy, and the environment. Each chapter includes key findings designed to optimize Australia’s prosperity and place in the region.

The future is a long game but its base must be built now. This book provides a vision for the nation, for its politicians, public servants, and industry leaders – a sound footing for securing Australia’s future.

This title is a vital resource for Members of Federal and State parliaments, senior public servants, industry leaders, universities, and the interested public.

* Presents key findings for Australia's future on topical issues such as engaging with Asia, boosting productivity and innovation, improving education, and working towards sustainability

* Provides concise and helpful summaries of each of ACOLA's Securing Australia's Future reports as appendices.

Simon and Paul are Directors of the science and environment communication company Scientell. They have together co-authored 19 popular books on science, technology, and climate change published by ABC Books, CSIRO Publishing, Oxford University Press, and Pan Macmillan, several of which have been translated into Spanish, Portuguese, Chinese, Korean, and Hungarian.

Simon Torok has worked in communication for more than 20 years, including as Communication Manager for CSIRO Oceans and Atmosphere, as a climate change communicator at the Tyndall Centre for Climate Change Research in England, and as editor of two science magazines for young people. Simon has a Graduate Diploma in Science Communication from the Australian National University, and completed a PhD in climate change science at the University of Melbourne.

Paul Holper worked for CSIRO in the environmental research field for over 25 years, in senior communication and research management roles. He managed the Australian Climate Change Science Program, was convenor of the high-profile Australian climate change science "Greenhouse" conference series, and was Communication Manager for Atmospheric Research. Paul has an Honors degree in chemistry and qualifications in science communication and education.