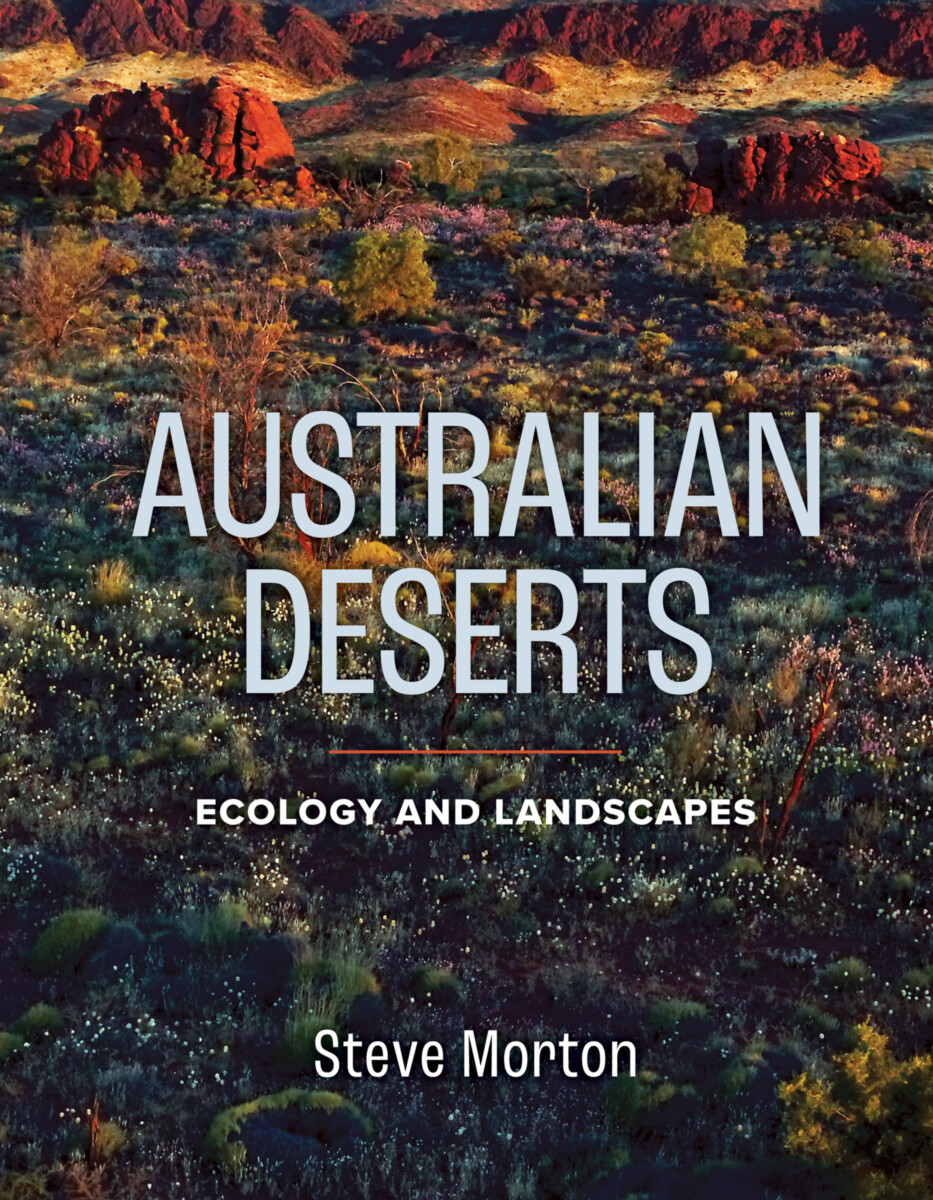 Australian Deserts: Ecology and Landscapes is about the vast sweep of the Outback, a land of expanses making up three-quarters of the continent – the heart of Australia. Steve Morton brings his extensive first-hand knowledge and experience of arid Australia to this book, explaining how Australian deserts work ecologically.

This book outlines why unpredictable rainfall and paucity of soil nutrients underpin the nature of desert ecosystems, while also describing how plants and animals came to be desert dwellers through evolutionary time. It shows how plants use uncertain rainfall to provide for persistence of their populations, alongside outlines of the dominant animals of the deserts and explanations of the features that help them succeed in the face of aridity and uncertainty.

Richly illustrated with the photographs of Mike Gillam, this fascinating and accessible book will enhance your understanding of the nature of arid Australia.