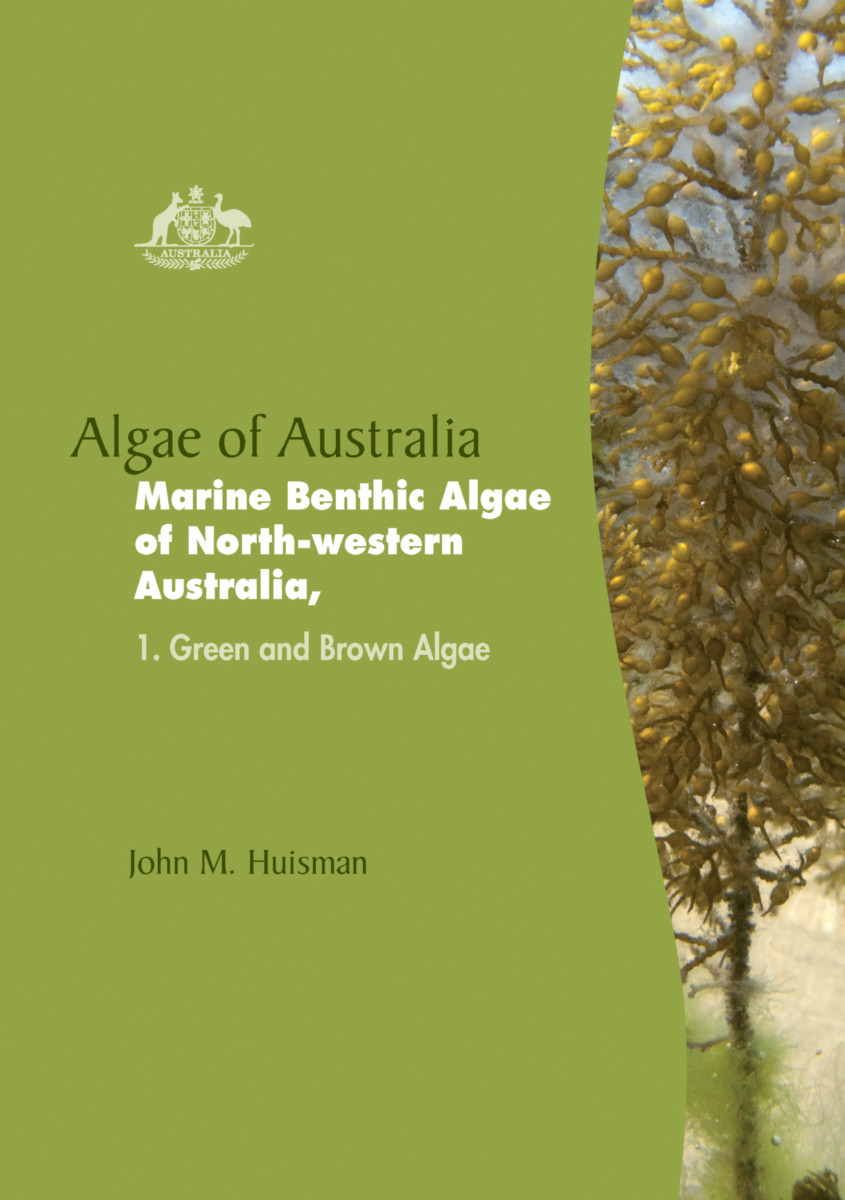 Australia’s vast north-west coast can justifiably be described as a frontier wilderness: sparsely populated, incredibly beautiful but often inhospitable, with a rich but largely undocumented biodiversity. For over a decade, Dr. John Huisman, in collaboration with students and colleagues, has collected and studied the marine plants of the region, these activities uncovering numerous undescribed genera and species and resulting in a manyfold increase in the known flora. His accounts of the marine algae will be presented in two volumes of the Algae of Australia series; this part describing the green and brown algae, to be followed by a second describing the red algae.

This volume is an authoritative floristic account of the marine green and brown algae of northwestern Australia and includes 68 genera and 171 species. Each taxonomic level, from division to species, is fully described, incorporating current nomenclature, morphology, keys and numerous illustrations, many in color. It is the first detailed account of the marine plants of tropical Western Australia and documents numerous taxa recorded for the first time from the region, together with newly described species of Avrainvillea, Codium, Sargassum and Ulva.