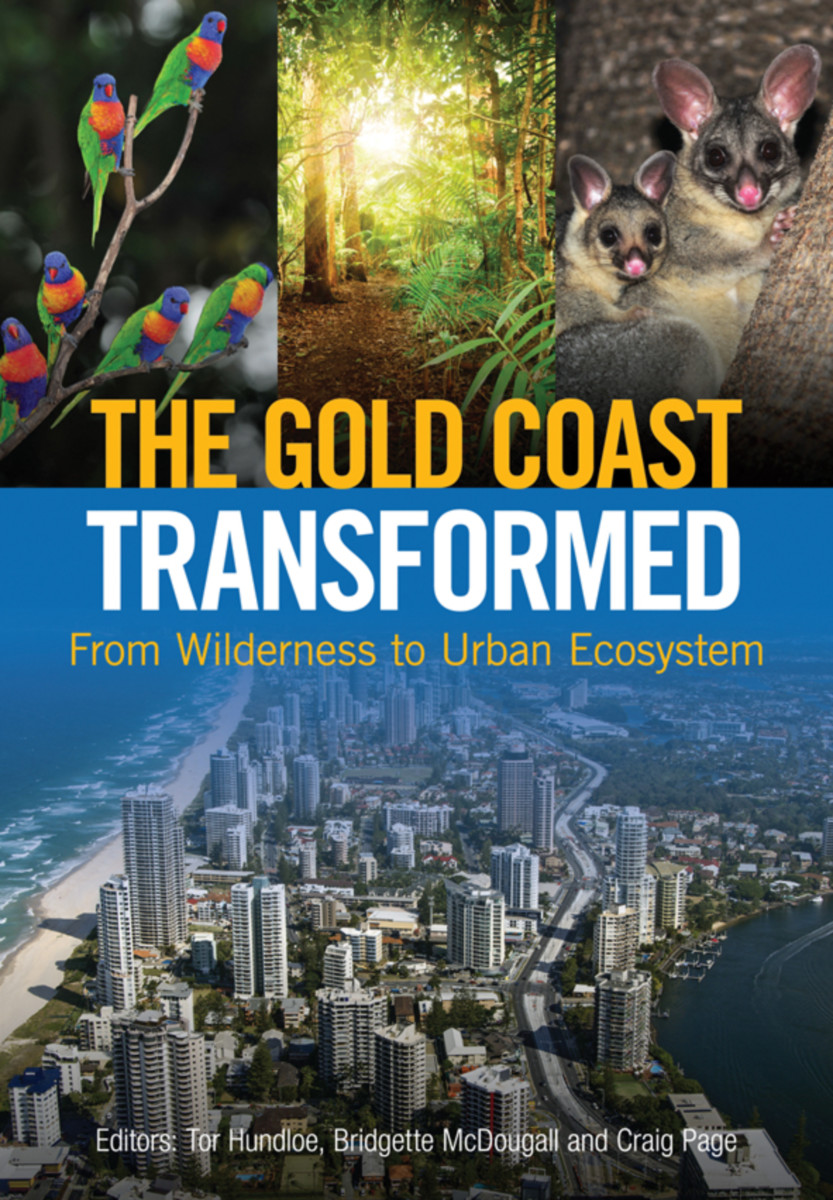 The Gold Coast is Australia’s premier tourism destination, a city cut out of coastal vegetation, including paperbark swamps, mangroves and rainforests of worldwide significance. The Gold Coast Transformed is a collection of integrated chapters identifying and assessing the environmental impacts of the building of Australia’s sixth largest city. It traces the cumulative impacts from the day the first timber-getter entered what is now World Heritage-listed rainforest through to the present.

The city’s natural and engineered environments are both fascinating and vulnerable. The construction of massive highrise apartment blocks, on what were frontal beach dunes, is one of the fundamental mistakes not to be repeated. The book illustrates how and why major environmentally destructive development took place and discusses the impacts of such development on the Gold Coast’s beaches, wildlife, and terrestrial and marine environments, such as the destruction of riparian mangrove forest.

The Gold Coast Transformed also shows the possibility of sustaining natural populations and reducing the city’s ecological footprint. It will be of interest to ecologists, environmental scientists and managers, town planners, economists, policy-makers and the general public.

Bridgette McDougall is a graduate from Bond University and is a tutor in the field of sustainability science while she pursues a higher degree in environmental education. Her key focus is on education for conservation, particularly as delivered by hands on experience in field settings, such as David Fleay’s Wildlife Park on the Gold Coast.

Craig Page is an Adjunct Tutor and research scholar attached to the Faculty of Society and Design, Bond University. He spends considerable time in South-East Asia, particularly Vietnam, assisting in the promotion and development of sustainability projects.

Register now for our next Stylus author webinar

Register here for this free webinar.

Social Class Supports presents a comprehensive range of strategies that provide the fundamental supports that poor and working class students need to succeed, while at the same time dismantling the inequitable, systemic barriers that make college difficult to navigate.