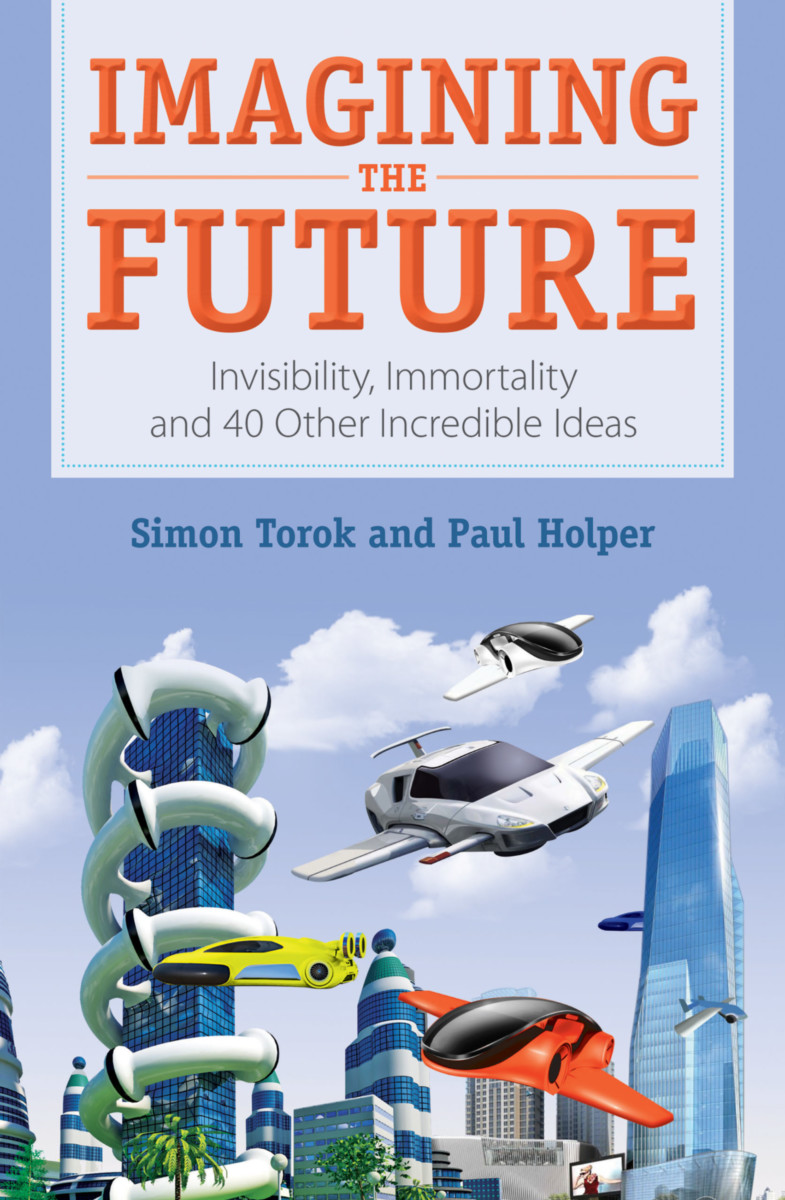 Invisibility, Immortality and 40 Other Incredible Ideas

We are living in a rapidly changing world. Hardly a week passes without an exciting technological breakthrough. Get prepared for the fantastic future with this guide to the unbelievable and incredible inventions just over the horizon.

Invisibility, instant transportation, holograms and lots of gadgets were once the dreams of science fiction...now they might become science fact! Imagining the Future is the first step in arriving there. If you can dream it, perhaps one day you can invent it.

Features:
• Engaging text that inspires enthusiasm for science with fun illustrations for several of the inventions
• Breakout boxes on fascinating details about the science behind the invention
• Established authors with science communication and education backgrounds

Simon and Paul are Directors of the communication company Scientell. They have written many books, several of which have been translated into Spanish, Portuguese, Chinese, Korean and Hungarian. Imagining the Future is their 18th book together.

Are You Ready For The Future?
Tastes Like 2-Methyl–3–Furanthiol
Faster Food
Lending A Metal Hand
Destroying Dirt
Holovision
Computer-Cranium Connection
Chatting To Chimps
Being Transparent
Scientist Hot On The Trail Of A Cold Cure
Don’t Forget Your Medicine
Staying Awake 24/7
Personalise Your Pills, Print Your Parts
Hard To Crack
Supervision Contact Lenses
Designer Babies
Find Your Secret Talent
Bigger, Better Brain
What’s On Your Mind?
Eternity
Back From The Dead
Around The World In 80 Minutes
Take Off
Sky-Highway
Backseat Driver
A Ladder To Space
Space Tourist
Colonising Mars
Living The Dream – Underwater
Two Places At Once
Time Travel
Energy-Collecting Skis And Skateboards
Speaking In Many Tongues
On And On And On And On
Cashless Community
Caterpillar Shoes
Flying Windmills
Brave New World
Climate Of Change
What Weather Would You Want?
Solar Blast
Sounds Of Silence
That Face Rings A Bell

Paul Holper worked for CSIRO in the environmental research field for over 25 years, in senior communication and research management roles. He managed the Australian Climate Change Science Program, was convenor of the high-profile Australian climate change science "Greenhouse" conference series, and was Communication Manager for Atmospheric Research. Paul has an Honors degree in chemistry and qualifications in science communication and education.

Simon Torok has worked in communication for more than 20 years, including as Communication Manager for CSIRO Oceans and Atmosphere, as a climate change communicator at the Tyndall Centre for Climate Change Research in England, and as editor of two science magazines for young people. Simon has a Graduate Diploma in Science Communication from the Australian National University, and completed a PhD in climate change science at the University of Melbourne.

Sample pages
   Request A
OR