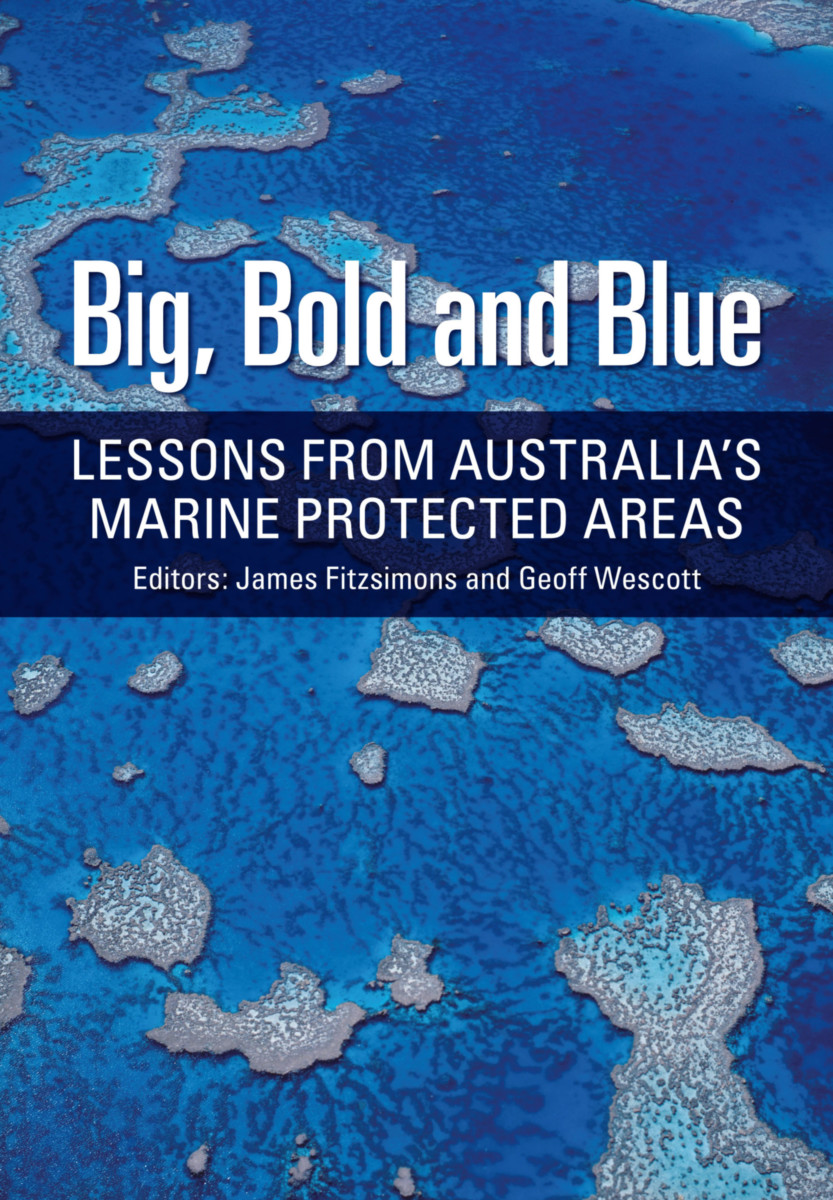 The vast expanses of ocean that cover about 70% of our planet have been negatively affected by fishing, pollution and, increasingly, by climate change. To mitigate these effects and safeguard the delicate ecological and environmental functions of oceans and their remarkable biodiversity, international agreements have led to the ongoing creation of marine protected areas around the world. In some of these areas, human activity is prohibited and in others it is managed in a sustainable way. Australia is at the forefront of marine conservation, with one of the largest systems of marine protected areas in the world.

Big, Bold and Blue: Lessons from Australia’s Marine Protected Areas captures much of Australia’s experience, sharing important lessons from the Great Barrier Reef and many other extraordinary marine protected areas. It presents real-world examples, leading academic research, perspectives on government policy, and information from Indigenous sea country management, non-governmental organizations, and commercial and recreational fishing sectors. The lessons learnt during the rapid expansion of Australia’s marine protected areas, both positive and negative, will aid and advise other nations in their own marine conservation efforts.

James Fitzsimons is the Director of Conservation for The Nature Conservancy (TNC) in Australia and an Adjunct Associate Professor at Deakin University. Through his role at TNC, James is involved in large, landscape-scale networks at a number of levels and regularly provides expert advice to governments on the issue.

Geoff Westcott is Associate Professor of Environment at Deakin University’s Melbourne Campus where he teaches and researches marine and coastal policy. He is the President of the Australian Coastal Society, a member of the Victorian Environment Assessment Council, a Director of Zoos Victoria and Chair of the Expert Panel preparing a new Marine and Coastal Act for Victoria.