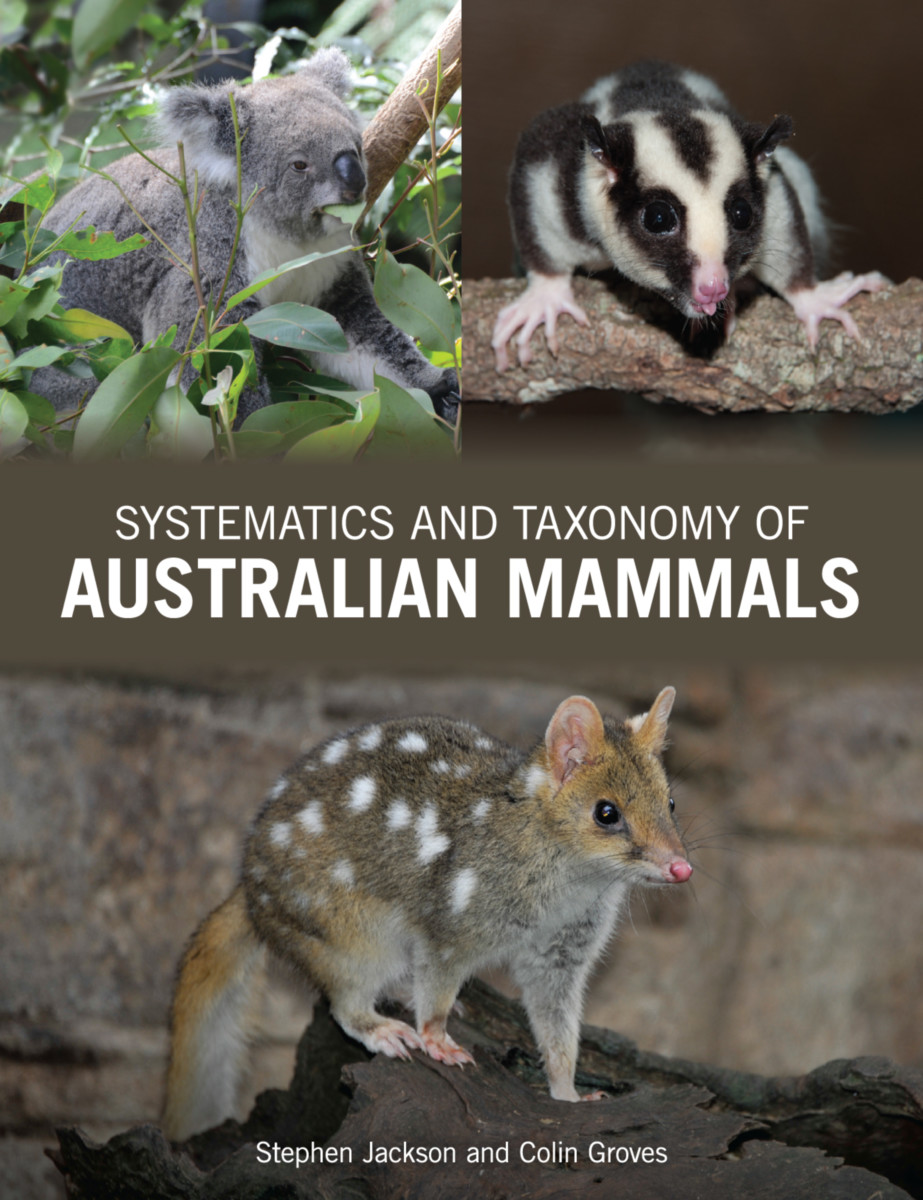 Taxonomy of Australian Mammals utilizes the latest morphometric and genetic research to develop the most up-to-date and comprehensive revision of the taxonomy of Australian mammals undertaken to date. It proposes significant changes to the higher ranks of a number of groups and recognizes several genera and species that have only very recently been identified as distinct. This easy-to-use reference also includes a complete listing of all species, subspecies and synonyms for all of Australia’s mammals, both native and introduced as well as terrestrial and marine.

This book lays a foundation for future taxonomic work and identifies areas where taxonomic studies should be targeted, not only at the species and subspecies level but also broader phylogenetic relationships. It is hoped that this work will be a standard reference for students, scientists, wildlife managers and those interested in the science of taxonomy.

Stephen Jackson is an adjunct Senior Lecturer at the University of New South Wales. He has studied different aspects of Australian mammals over the last 20 years from which he has published numerous refereed papers and book chapters.

Colin Groves is Professor of Biological Anthropology at the Australian National University. He works primarily on mammalian taxonomy and phylogeny, mainly on ungulates, primates and carnivores, and has also published occasional papers on monotremes, marsupials and rodents.